Close encounters in the skies over Syria between Russian and German fighters.

Although shadowing a foreign combat plane in Syria’s skies filled with jets and UAVs may lead to some tense situations, as explained by RT.com, both sides act professionally and prevent incidents.

A claim that was also confirmed by Lt. Gen. Joachim Wundrak, a Luftwaffe official recently returned from anti-ISIS coordination center in Qatar, who told to Rheinische Post daily that RuAF pilots take no aggressive actions against their German colleagues and that no incidents have been registered because “those encounters go on professionally.”

Wundrak revealed that among the aircraft used by the RuAF to shadow German Tornados there are also the 4++ generation Su-35S Flanker air superiority fighters which joined the air war over Syria few weeks ago.

In his opinion RuAF performs this kind of sorties to make clear that “unlike the international (US-led) anti-IS coalition, they operate at the invitation of the legitimate Syrian government.”

Nevertheless according to Wundrak these encounters are carried out safely also because Luftwaffe pilots know how to interact with their Russian colleagues thanks to the experience they gained during the Baltic Air Policing mission, where Germany regularly provides fighter jets for patrolling airspace of NATO member states of Estonia, Latvia and Lithuania, countries that do not have interceptor jets to secure their own airspace.

The Luftwaffe has deployed six Tornado fighter bombers and an Airbus tanker to NATO’s Incirlik airbase in Turkey as part of Germany’s contribution to the war against Islamic State. 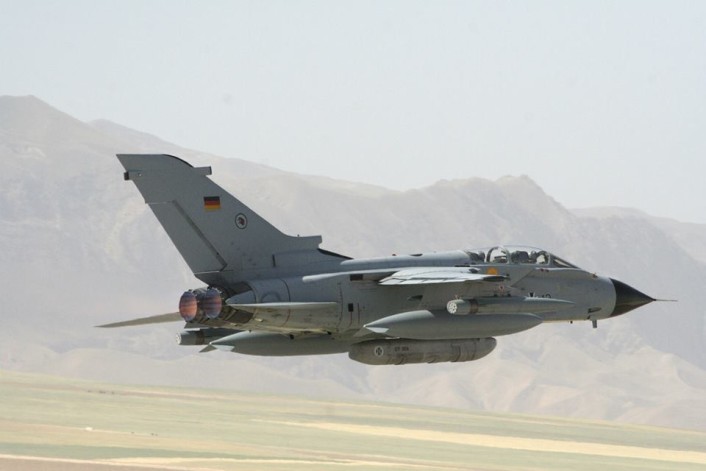 The choice is dictated by the need to have a nuclear-capable aircraft to replace this Tornado’s capability in short time. As the service life of the Tornado fleet is nearing its end, the German Air […]