Taken by Filip Modrzejewski, editor in chief of the Foto Poork website, these amazing photos show two of the Hungarian JAS-39M Gripen jets taking part in the Baltic Air Policing operation as seen from a Lithuanian C-27J Spartan.

The mission of patrolling the Baltic skies has been intensified by NATO since the beginning of the Ukrainian crisis amid growing tensions with Russia. The main aim of the operation is to bolster and expand the air defense capabilities of the Baltic Republics (Lithuania, Estonia, Latvia), that are in possession of limited military inventory and unable to guard their sovereign airspace alone. 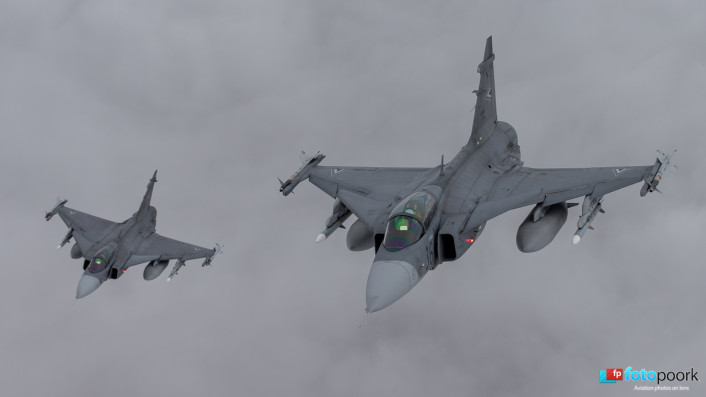 This rotation of the Baltic Air Policing deployment began on Aug. 31.

Hungary acts as the lead nation, operating its jets from the Šiauliai airbase, while additional support is being provided by the German Eurofighters, stationed – as usually – at the Ämari airbase in Estonia. 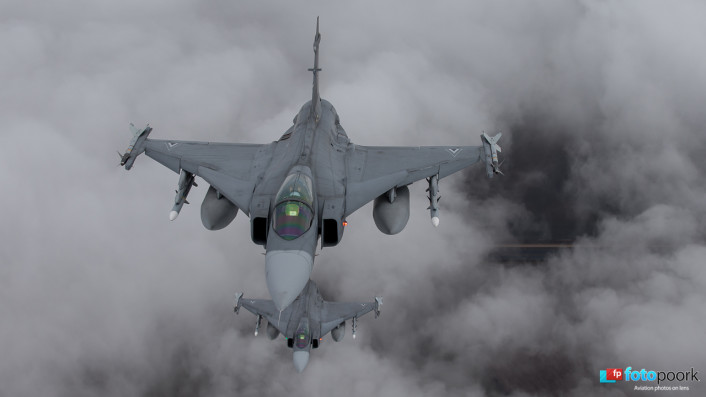 As Filip Modrzejewski told us, this photo-shoot was especially challenging, since the airspace was cloudy up to FL240, and the only gap between the cloud layers could have been found at 4 000 feet, where the pictures were taken. 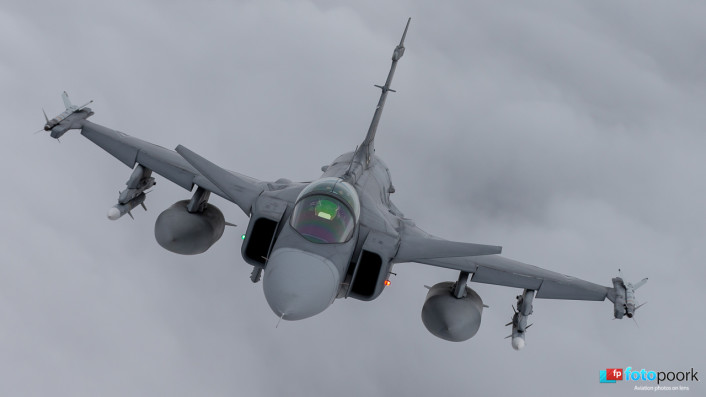 The plan foresaw that the Gripens would be joined by the German Eurofighters, flying from Amari, however the Germans joined the formation briefly before leaving again for their deployment base where the weather was quickly deteriorating. The Luftwaffe’s jets were forced to return to Estonia at a supersonic speed! 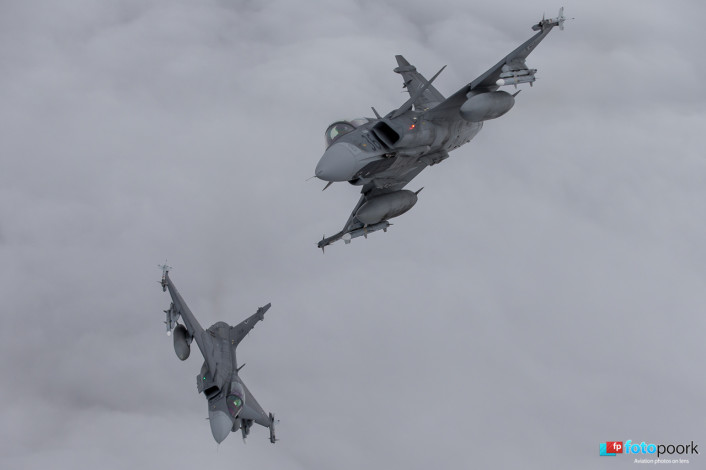 We get a better idea of the area of operations of the P-8A that had a tense “close encounter” with two Su-35s. As we have reported in detail in this previous article, a U.S. Navy […]