Some cool pics showing the “zombies” intercepted by the Spanish Eurofighter Typhoons have emerged.

Four C.16s (according to the SpAF designation) belonging to Ala 11, from Moron airbase, contribute to the air defense of the airspaces of Estonia, Latvia and Lithuania.

Just like the Italian Typhoons deployed at Siauliai, Lithuania, the Spanish C.16s of the “Detachment Amber” are frequently requested to scramble to identify and escort Russian warplanes flying over the Baltic Sea.

On the Spanish media outlet ABC.es, one of our readers, Antonio Valencia, has found some cool images that show the Spanish Air Force Typhoons escorting some Russian Air Force planes, including a couple of Su-34 Fullback bombers. 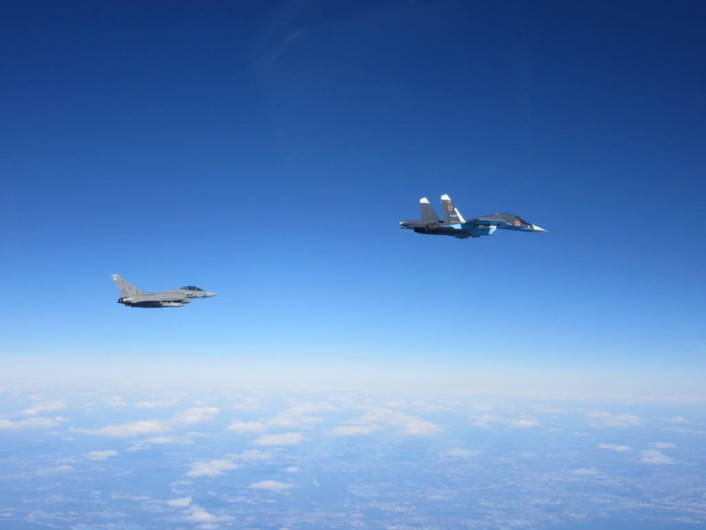 Once again, such photographs confirm that the Baltic is the stage for some really interesting close encounters between Baltic Air Patrol QRA (Quick Reaction Alert) jets with “Ivan”.

Although no further detail about the images has been released, the fact that they depict two Su-34s at least one Su-27 and one An-26 may suggest the photographs were shot on Mar. 21, when two An-26s, two Su-27s, two Su-34s were identified according to the Latvia MoD:

However, needless to say, they may have been taken on different missions.

As leading service of the current BAP rotation, the Italian Air Force has recently claimed that its Typhoons have launched 27 times (currently 28) since the beginning of the year to intercept Russian aircraft flying in international airspace.

Although such “escorts” are no more than routine stuff most of the times, a few intercept missions have been a bit tense: in one case, a Tu-22 was unusually flying at supersonic speed towards Sweden; in another episode, a Mig-31 Foxhound almost collided (at least according to the Royal Norwegian Air Force report) with an F-16 involved in a Su-34 identification and escort mission. 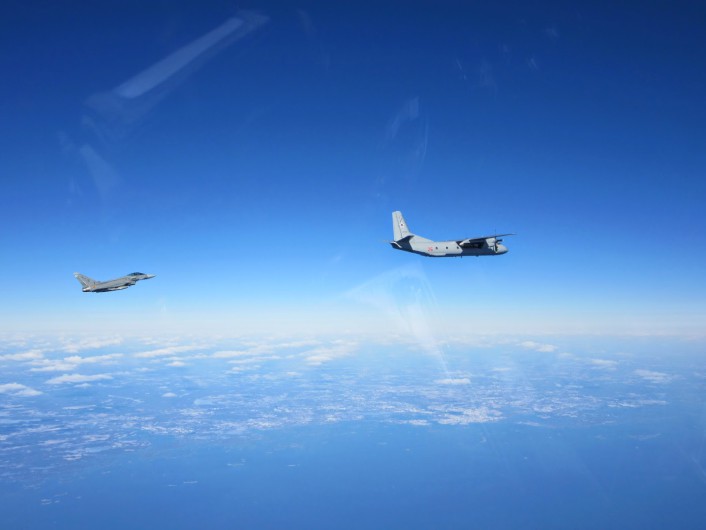 We have travelled to Keflavik to see the Italian Air Force Lightnings supporting NATO’s Icelandic Air Policing mission. Here are all the details and some stunning photographs. From Oct. 2, 2019, the skies over Iceland […]