…an ordinary day for the British Typhoons in QRA (even though the photos show two French interceptors).

Social media went abuzz yesterday as two nuclear-capable Russian Air Force Tu-160 Blackjack bombers were intercepted by RAF Typhoons during a long-range sortie from their base in the Kola peninsula.

Although some British media reported that the Russian strategic bomber were heading into the UK airspace, as usual, the Tu-160s remained well outside the British sovereign airspace.

Two RAF Typhoons in QRA (Quick Reaction Alert) at RAF Coningsby were launched to intercept and escort the Blackjacks as they “skirted” the British Isles heading southwest, until they were handed over to the fighter jets launched by the French Air Force: noteworthy, a Rafale and maybe a Mirage 2000 appear in the photos released by the UK MoD today. 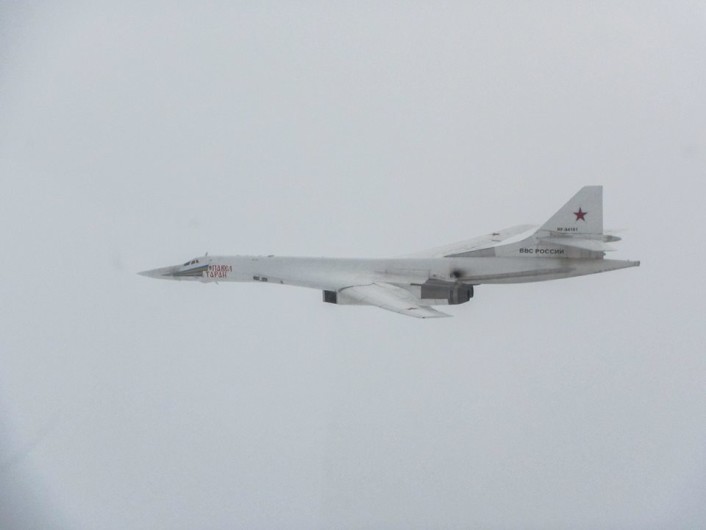 It’s not clear where the Tu-160s flew after their close encounter with the NATO fighters: according to some radiohams, they were heard northbound again a few hours later. If confirmed this would mean that this time the Blackjacks were not involved in a very long-range strike mission against IS targets in Syria as the one they flew in the night between Nov. 19 and 20, 2015, when two Tu-160 Blackjack strategic bombers from Olenegorsk airbase skirted the airspaces of Norway and the UK, flew over the Atlantic until Gibraltair, entered the Mediterranean sea, attacked targets in Syria with cruise missiles, and returned to Russia flying along the eastern corridor (over Iraq, Iran, Caspian Sea).

Nevertheless, the new mission proves Tu-160s are continuing flying long-range missions (for training or operative purposes) along the Atlantic route becoming more frequent visitors of airspaces near NATO countries in northern Europe than they were in the past few years. 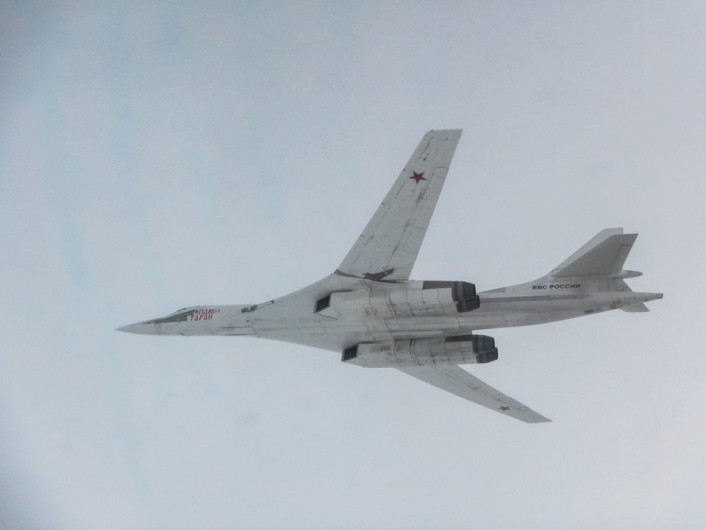