It looks like not only Russian Su-27 Flanker are involved in close encounters with U.S. surveillance planes around the world.

As reported by the Washington Free Beacon, a Chinese Su-27 flew dangerously close to a U.S. Navy P-8 Poseidon ASW (Anti-Submarine Warfare) aircraft over the East China Sea, on Aug. 19.

The P-8, a derivative of the Boeing 737, capable to carry the Mk-54 airborne torpedo and the Harpoon anti-ship missile, and to perform ASW missions as well as ISR (Intelligence Surveillance and Reconnaissance) tasks, was conducting a routine surveillance mission in international airspace when a Chinese Flanker intercepted it.

Routine stuff, until the Chinese jet flew within 50 feet of the Poseidon “and then carried out a barrel roll over the top of the aircraft” a maneuver meant to threaten the American aircraft, as commented by US officials familiar with the incident who have talked to Washington Free Beacon’s Bill Gertz.

The American jet was one of the aircraft assigned to U.S. Navy’s VP-16, a squadron based at Naval Air Station Jacksonville, Florida, that has been deployed to Kadena, Okinawa, one the largest U.S. airbases in the Asia-Pacific region, located about 400 chilometers East of the disputed Senkaku islands (Diaoyu for China), since December 2013.

Navy’s Poseidons not only assisted rescue efforts in the Philippines, supporting Operation Damayan, but they are constantly monitoring Chinese movements in region where tension is still high following the establishment of a Chinese Air Defense Identification Zone (ADIZ).

As already recalled when reporting about the RC-135U intercept last June, on Apr. 1, 2001, a U.S. Navy EP-3E with the VQ-1, flying an ELINT (Electronic Intelligence) mission in international airspace 64 miles southeast of the island of Hainan was intercepted by two PLAN (People’s Liberation Army Navy) J-8 fighters.

One of the J-8s piloted by Lt. Cdr. Wang Wei, made two close passes to the EP-3 before colliding with the spyplane on the third pass. As a consequence, the J-8 broke into two pieces and crashed into the sea causing the death of the pilot, whereas the EP-3, severely damaged, performed an unauthorized landing at China’s Lingshui airfield.

The 24 crew members (21 men and three women), that destroyed all (or at least most of ) the sensitive items and data on board the aircraft, were detained by Chinese authorities until Apr. 11.

H/T to Isaac Alexander for the heads-up 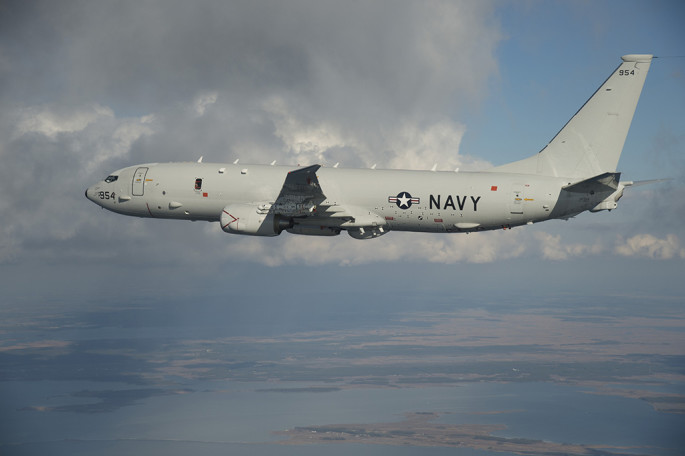 Amazing footage shows U.S. Hornets at work everywhere, from every point of view. Enjoy!! You probably know Hornet Ball, the compilation of cool videos produced by LT Joseph “C-Rock” Stephens, an Instructor WSO with the […]

U.S. aircraft carrier and part of its escort “sunk” by French submarine during drills off Florida

If you thought aircraft carriers were invincible you were wrong. On Mar. 4, the French Ministry of Defense released some interesting details, about the activity conducted by one of its nuclear-powered attack submarine (SNA) in […]