The Super Typhoon Hiyan that hit the central Visayan islands in the Philippines caused athe death of more than 3,600 people and widespread destruction in the area.

Relief efforts are currently underway and an airlift is being conducted both by the Philippine Airforce and air assets of other countries with the U.S. providing the largest contingent supporting Operation Damayan.

There are currently KC-130s and MV-22 Osprey tilt-rotor aircraft from Okinawa deployed to the Eastern Samar Province to assist with the relief efforts. They were the first US troops on the ground providing assistance. 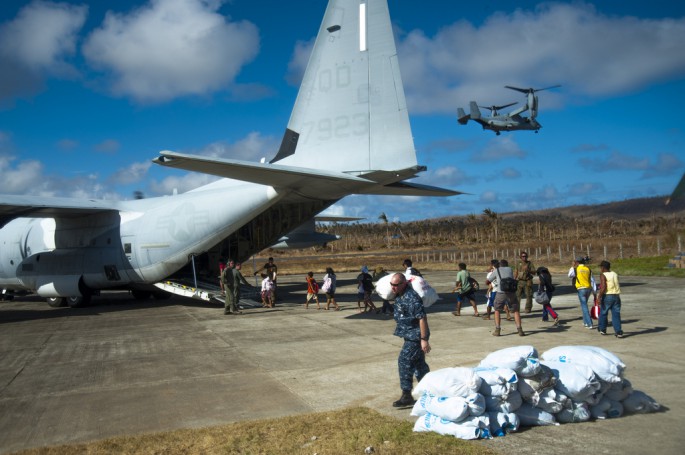 HC-130s were used to evacuate people from the areas hit by the typhoon, while USS George Washington sailed in and is currently off the coast of Samar to provide humanitarian assistance; USMC Ospreys have been flying back and forth to carry relief supplies.

It is important to note that this is the first time since WWII that a US Carrier group has been seen in those waters. These were the same waters that saw the Battle of Leyte Gulf, perhaps the largest naval battle in history and Leyte is also where General Douglas MacArthur landed when he returned to the Philippines. 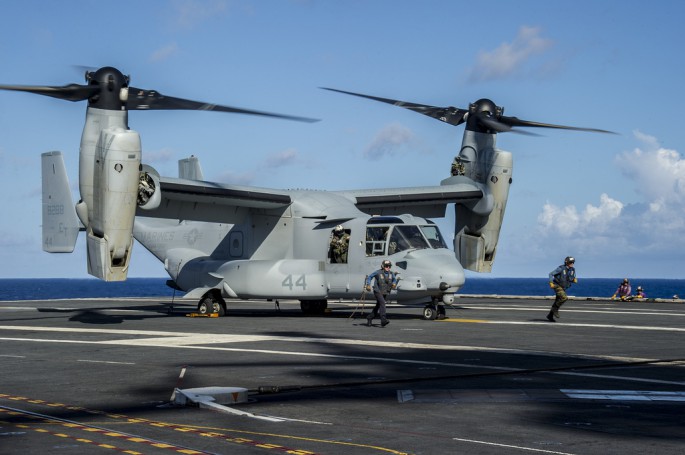 The UK is also sending the HMS Illustrious for support and Japan is to send naval vessels and aircraft. Many countries, including Brunei, Denmark, Germany, Norway, Netherlands, Russia, Malaysia, Italy, New Zealand, South Korea, Singapore, Canada and UK have dispatched airlifters or chartered cargo planes of all types to carry aids into the Philippines.

A lot of companies and airlines and charter services offered their help as well. Special appearances by the gigantic An225 which landed in Mactan and unloaded a massive power generator. 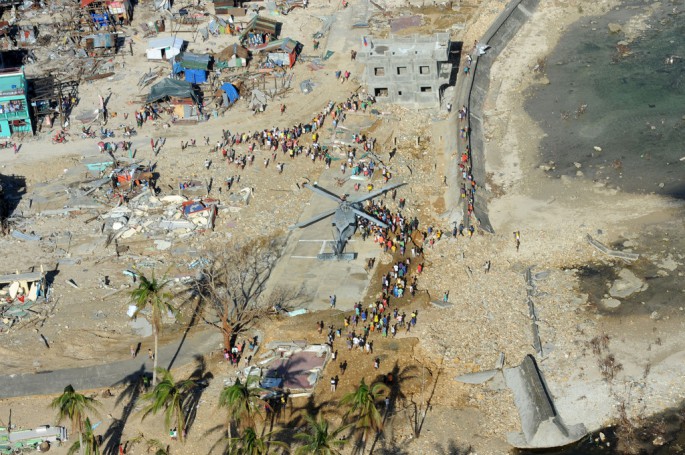 Dealing with local assets, the venerable but ubiquitous UH-1H and the crew are performing transport, reconnaissance and rescue support missions; the newly acquired Pzl W-3 Sokols are also involved in their first major operation so as crews of the C-130 Hercules.

Philippines have only three operational Hercs but they have been providing relief, transporting officials and medical teams and evacuating victims.

Reuel James Bandonill has contributed to this story 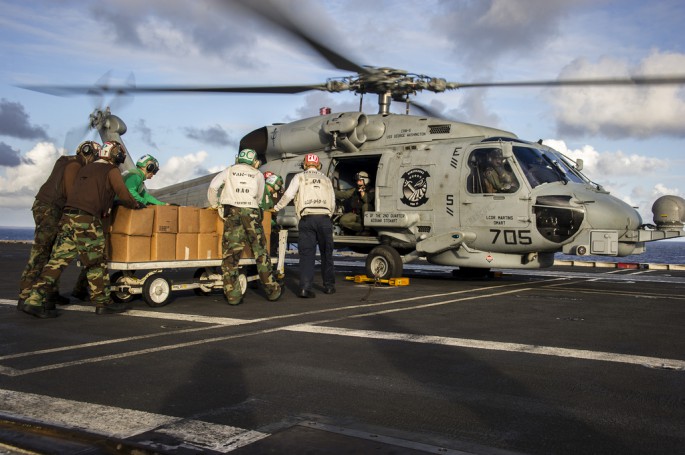 U.S. Embassy “relocation” was supported by F-16, MV-22 Osprey as well as EP-3E Aries II aircraft The US embassy in Tripoli, Libya, was evacuated with staff “relocated” to Tunisia in the early hours of Saturday […]