The aircraft are part of the batch of 21 tactical transport aircraft procured by the U.S. Air Force before the service took the controversial decision to store them all because they were too expensive to operate.

Therefore, instead of laying in the desert in near active condition at the 309th Aerospace Maintenance and Regeneration Group (AMARG), at Davis-Monthan Air Force Base, Arizona, seven aircraft will be assigned to SOCOM (Special Operations Command).

Three SOCOM aircraft were reportedly moved to Pope Field, in North Carolina, whereas the remaining four (two of those are still being assembled in Turin, Italy) will be delivered by the first half of 2014.

What about the remaining 14?

Along with U.S. Forest Service, U.S. Coast Guard has shown interests in the C-27J. In an interesting interview with Defense News, U.S. Coast Guard Commandant Admiral Papp said that the service wanted all 21 aircraft scrapped by the Air Force. However, they will get 14 or less (considered that U.S. Forest Service will eventually get a few of them).

“Ideally, out of the remaining aircraft, we’d like to get 14 because that allows us to fully outfit three air stations. Anything less than that and we would have to go back and really re-evaluate the project,” Papp told Defense News.

Dealing with the ending purchase of the CASA C-295 he explained: “We would do a new lay down of aircraft because the C-27J has a lot of the avionics and the engines that our C-130Js have. So there’s a lot of logistics compatibility there that we can gain synergies from. It’s a little bit more capable aircraft. It’s one of the aircraft we looked at when we started the Deepwater project. So we’re going to press ahead and get as many of those as we can.”

Coast Guard, that plans to equip an Alaskan station with the Spartan, could employ the same special SAR (Search And Rescue) configuration pitched to Canada for a fixed wing solution with SAR capability.

Although the new configuration is under definition and is going to be tailored to the customer’s requirements, it should include, Mission System (palletized solution), a SAR/MTI radar on the nose, a EO/IR turret on the nose, spotter windows and launcher in the cargo bay. 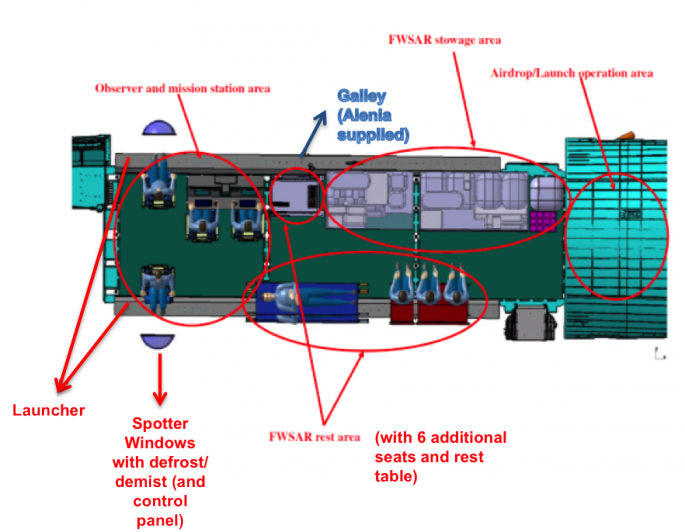 Hydrazine: A Significant Hazard Each Time An F-16 Crashes (Or Fires Up The Emergency Power Unit)

The recent crash of a South Dakota Air National Guard F-16 into a warehouse near March Air Reserve Base highlights once again the risk associated with Hydrazine leakes. As already reported, on May 16, 2019, […]