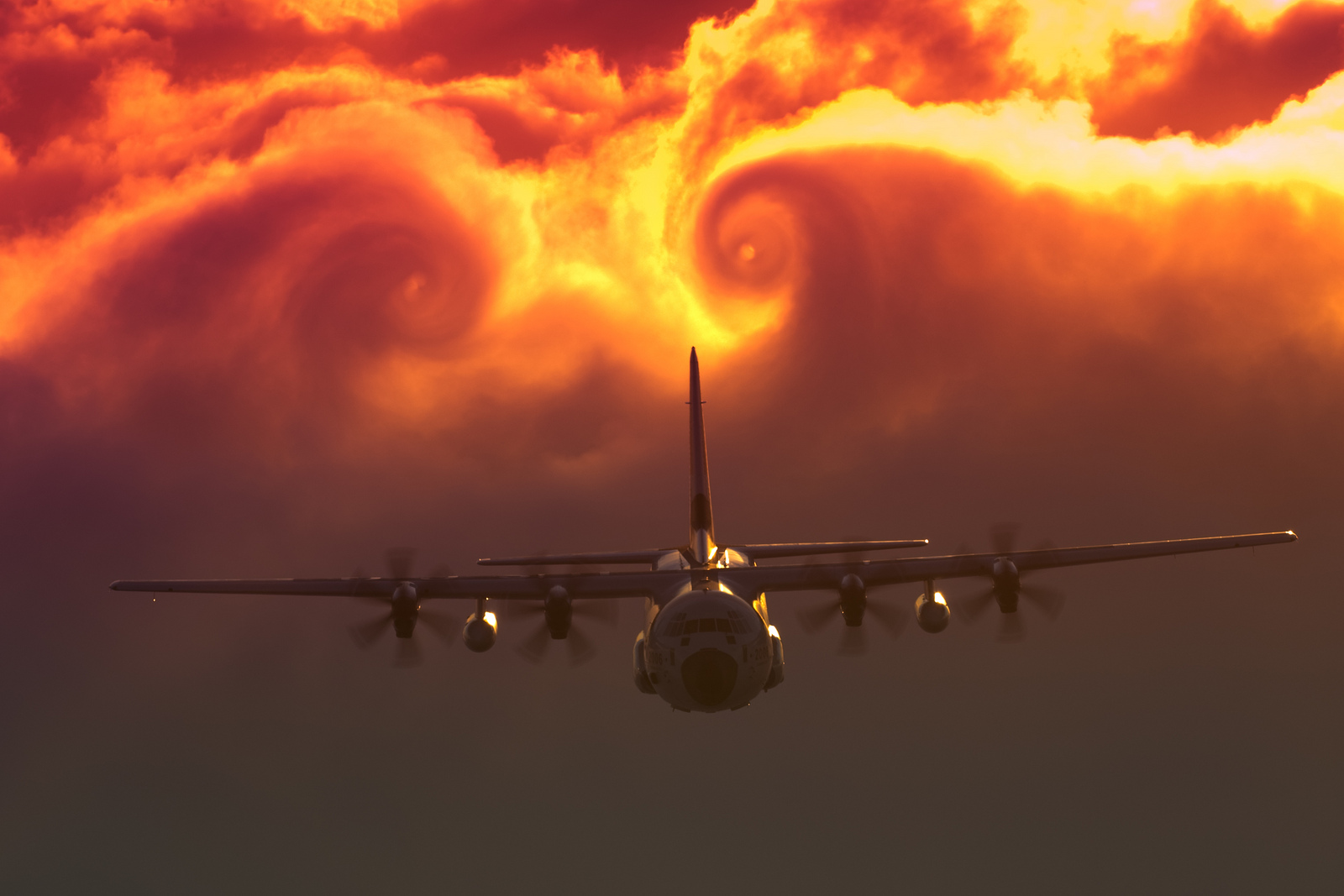 Noteworthy, wingtip vortices, have modified the shape of the layer of clouds through which the Hercules has just ran.

Vortices form because of the difference in pressure between the upper and lower surfaces of a wing.

Generally speaking, when the air leaves the trailing edge of the wing, the air stream from the upper surface is inclined to that from the lower surface, and helical paths, or vortices, result. The vortex is strongest at the tips and decreasing rapidly to zero nearing midspan: at a short distance from the trailing edge downstream, the vortices roll up and combine into two distinct cylindrical vortices that constitute the “tip vortices.”

The tip vortices trail back from the wing tips and they have a tendency to sink and roll toward each other downstream of the wing. Although they eventually dissipate at a certain distance from the wing, wingtip vortices cause additional downflow behind the wing and form the major component of wake turbulence that can be extremely dangerous.

A more detailed description of the wingtip vortices can be found on the centennial of flight website that provides additional data about the wake turbulence. The above description is loosely based on the one provided by both the above mentioned website and NASA.

Look Ma, No Hook: how a C-130 Hercules managed to land on an aircraft carrier

The story of  the C-130 Hercules that landed on USS Forrestal Even if, nowadays, the C-2 Greyhound is the biggest transport aircraft designed specifically for carrier operations, on Oct. 30 1963, in an attempt to […]

Photo: Inside the cockpit of the (special colored) Colombian Air Force C-130H

During Farnborough International Airshow 2012, we published the images of the cockpit of the U.S. Air Force C-130J on static display. Now, you can compare the digital cockpit of the “J” version with the one […]

Missing Mariners Located by a KC-135 Tanker Thanks to Huge S.O.S. Written on the Beach