Every now and then, French Navy warplanes operate from U.S. flattops.

The cooperation between the Marine Nationale (French Navy) and the U.S. Navy is not limited to the recent joint exercise during which a French nuclear-powered submarine scored a simulated carrier kill on USS Theodore Roosevelt and part of its escorting Strike Group.

USS Carl Vinson is deployed along with its Carrier Strike Group to support air strikes on ISIS in Syria and Iraq.

This is not the first time French aircraft operate from a U.S. aircraft carrier: in January 2014, two French Navy Rafales, landed and were later launched from USS Harry S. Truman (CVN 75) during carrier qualification integration. 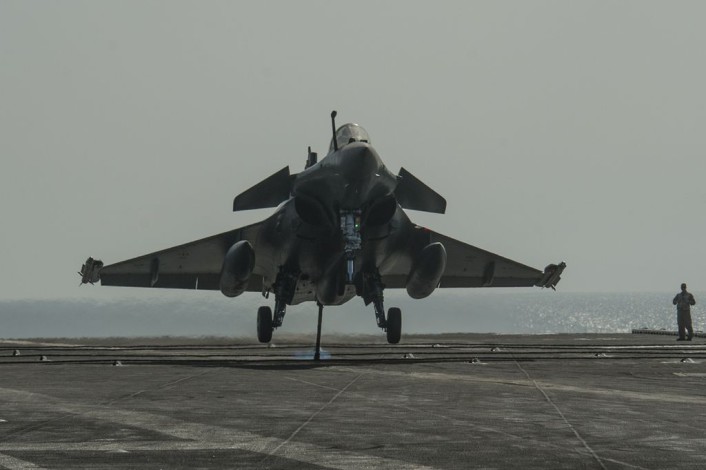 The French Air Force has conducted the first air strike on a terrorist target in Iraq. Two Rafales, one C-135FR Tanker were involved in a 7-hour mission from Al Dhafra to Iraq (1,700 kilometers) to […]