How an old missile system was able to shoot down a U.S. Air Force stealth aircraft during Operation Allied Force.

On Mar. 27, 1999, the fourth night of Operation Allied Force (OAF) over Serbia, a U.S. Air Force F-117 Nighthawk (#82-0806, whose remains are exhibited at Belgrade Air Museum), flown by Lt. Col. Darrell P. Zelko, was shot down while returning to Aviano airbase, after a strike mission against a target near Belgrade.

As already reported, the F-117, callsign “Vega 31”, was downed with a missile fired by a S-125 “Neva” missile system (NATO reporting name, SA-3 “Goa”) belonging to the 3rd Battalion of the 250th Air Defence Missile Brigade of the Army of Yugoslavia.

Even if the S-125, which had entered in service in 1961, wasn’t considered an effective threat by the American aircraft flying over Serbia, Colonel Dani Zoltan, who commanded the SAM battery of the 3rd Battalion, was able to turn this ancient surface to air missile into a lethal weapon. In fact in addition to the F-117 kill, later during the air campaign, on May 2, 1999, Zoltan’s battery shot down a 31st Fighter Wing F-16C, the only other allied plane to be shot down by Serbian air defences during Allied Force.

As highlighted by Larkins Dsouza in an article published in 2007 on DefenceAviation.com, these impressive results were achieved thanks to some precautionary measures taken by Zoltan to avoid the detection of his battery: for example the messages to and from his men were dispatched by car, avoiding the use of the cell phone and of the radio. Moreover his battery was continuously relocated from a site to another, travelling more than 100,000 kilometers during the entire duration of OAF.

This was the reason why NATO’s SEAD (Suppression of Enemy Air Defence) aircraft were never able to find it. 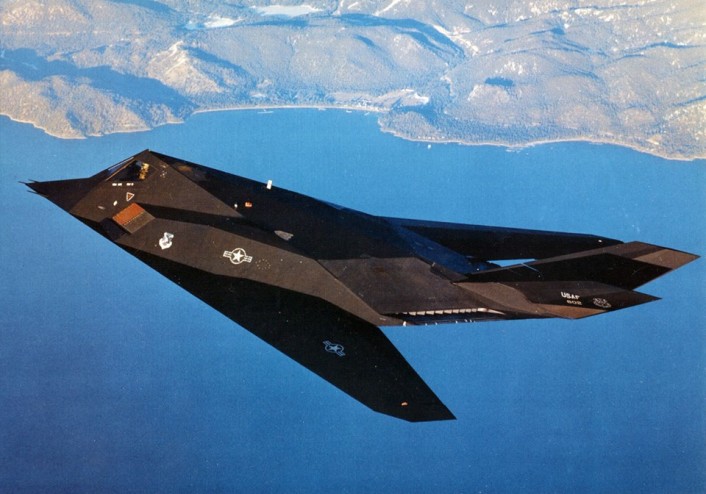 Zoltan also used several spies placed outside the Italian airbases, who informed him of how many and what kind of aircraft had taken off. Other people near the Serbian border had the task to inform him when the aircraft entered Serbian airspace, enabling his battery to keep its radar on only for very short periods of time.

He read everything he was able to find about stealth technology, and he understood that an F-117 wasn’t really invisible to the radar but only very hard to detect, an issue that he overcame by using a modified long wavelength of his radar system which enabled Zoltan to detect the Nighthawk at a relatively short range. These claims, as we have already explained, have also been confirmed by the operator that fired the missile that shot down the Nighthawk, Sergeant Dragan Matić, who explained that the stealth plane was detected at a range of about 50 to 60 kilometres and the surface-to-air missile radar was switched on for no more than 17 seconds to avoid the site detection by the NATO’s Wild weasel aircraft.

Zoltan also received some help from his enemies, as reported by Alan Brown in an interesting article written by Angus Batey on the November 2012 issue of Classic Aircraft (a magazine that since Jan. 2013 has been incorporated into its sister magazine Aviation News) which gives an exclusive overview about the birth of the legendary Lockheed’s Skunk Works division.

Brown, a British gentleman who joined Lockheed in 1960 before joining the Skunk Works in 1975 and being involved in the Have Blue and F-117 programs, explained that “a stealthy airplane does not allow you to do what you used to do better, it allows you to do things entirely differently. We’d been lucky in the first Gulf War, but in Serbia things were different. Number one, we were flying out of airfields where we could be seen and where Serbian or Yugoslav citizens could call on their mobile phones and could say ‘They’ve just taken off-you know how fast they fly, so they should be with you in about 25 minutes’.”

Furhtermore, according to Brown, on that mission instead of flying at a constant altitude of 15,000ft, the pilot was flying through mountain valleys and was pulling high Gs which meant high bank angles, so the whole bottom of the airplane became a mirror to radar systems. And as Brown said “it was the third day in a row that we flew the same flight plan: in Iraq we never did that, because eventually the enemy will figure out what you’re doing. So everything that was done was wrong. We got shot down because we were not flying the airplane the way it was supposed to be flown. And of course was terribly unfortunate because it meant that both Russians and the Chinese got a lot of material samples.”

Finally, they launched the missile against the F-117 from a distance of only 13 kilometres, leaving essentially no chance for the stealth fighter jet to take any kind of evasive maneuver to avoid the shot.

All these circumstances combined with Zoltan’s skills led to the shooting down of the F-117 Nighthawk, still today the only U.S. stealth aircraft lost to enemy action. 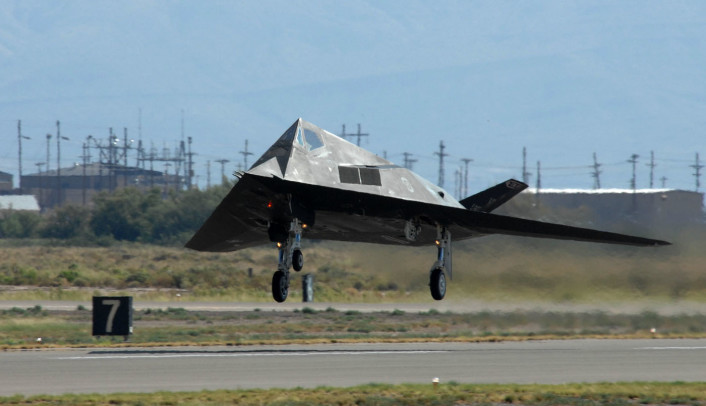 This video is particularly interesting because it not only gives an idea of what flying in the backseat of an F-16 looks like, but let’s you hear some pilots talk: for instance, at a certain […]

“Spectre”, The B-1B Involved in Famous Failed Ejection Incident Following On Board Fire in 2018, Retired

Infamous B-1B “Spectre” Retired To Become An Advanced Maintenance Trainer at Tinker Air Force Base. The U.S. Air Force disclosed a few days ago that, in early April, the B-1B Lancer 86-109/DY, nicknamed “Spectre”, has […]