On Mar. 27, 1999, the fourth night of Operation Allied Force over Serbia, an F-117 Nighthawk stealth fighter jet was shot down while returning to Aviano airbase, in northern Italy after bombing a target near Belgrade.

U.S. Air Force Lt. Col. Darrell P. Zelko, a veteran of the 1991 Gulf War, was flying a stealth plane from the 49th Fighter Wing, deployed to Italy from Holloman Air Force Base, New Mexico, with the radio callsign “Vega 31” when he was hit by the Serbian air defense near Novi Sad.

Zelko was flying his third Allied Force sortie and he was egressing the target area when his since-then invincible, F-117 was hit, forcing him to eject behind the enemy lines at 20.45 LT.

An MH-53M, MH-53J and MH-60 aircrew along with Special Tactics Airmen responded to the emergency and  within 5 hours of being alerted, AFSOC (Air Force Special Operations Command) assets, coordinated by E-3 AWACS and supported by several specialized platforms, including an EC-130E ABCCC and A-10 in Sandy role, rescued the F-117 pilot prior to enemy forces who were bearing down on the downed pilot’s location.

How the Serbian air defense managed to achieve the first and only kill on a stealth plane is open to debate.

According to the Serbs, Belgrade’s air defenses operators had found they could detect stealth planes using some slightly modified Soviet radars. In particular, the modifications involved using long wavelengths that enabled such radar systems to detect the stealth planes at relatively short range when the low radar cross section of the aircraft was affected when the bomb bay doors were open to drop 2,000 lb bombs. 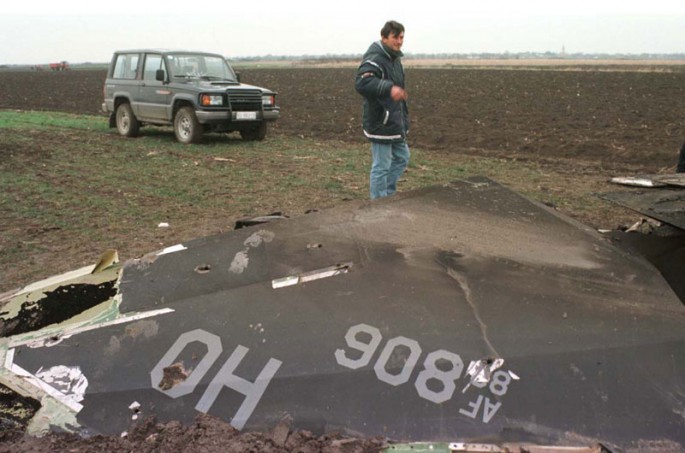 Moreover, Serbs monitored U.S. and allied radio comms on UHF and VHF frequencies (mostly unencrypted – as happened 12 years later during the opening phases of Operation Odyssey Dawn over Libya) and were also able to intercept NATO plane’s ATO (Air Tasking Orders) that enabled them to put anti-aircraft batteries at positions close to the ground targets.

In other words: Serbian air defenses knew where and when to look at incoming bombers. 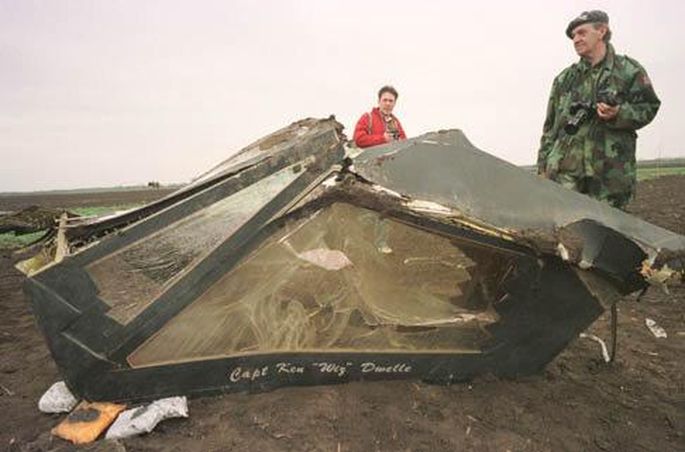 The F-117 82-0806 (whose remains are exhibited at Belgrade Air Museum) was shot down by the 3rd Battalion of the 250th Air Defence Missile Brigade of the Army of Yugoslavia, with one of several missiles fired by an S-125 “Neva” missile system (NATO reporting name, SA-3 “Goa”) at a distance of about 8 miles.

According to Sergeant Dragan Matić, the soldier later identified as the operator who fired the missiles, the stealth plane was detected at a range of about 50 to 60 kilometres and the surface-to-air missile radar was switched on for no more than 17 seconds to prevent the site to be detected by the NATO’s SEAD (Suppression of Enemy Air Defense) aircraft.

Some pieces of the 82-0806 shot down near Novi Sad were reportedly sent to Russia, to be used in developing anti-stealth technology.

On May 2, 1999, a 31FW F-16C was shot down by the 250th Air Defense Missile Brigade becoming the second and last allied plane to be shot down by Serbian air defenses during Allied Force.

You won’t believe this is NOT an F-117 Nighthawk stealth jet!

From a certain angle, the nEUROn drone is  an F-117 look-alike. The image in this post was taken by The Aviationist’s contributor Roberto Zanda on Apr. 21. It shows the first example of the nEUROn […]

A detailed analysis of a 510FS training mission at Ft. Irwin. On the afternoon of Feb. 24, The Aviationist’s contributor Eric Rosenwald photographed a flight of two USAF F-16C fighters as they practiced low-altitude strafe […]