In a few words Day 1 of Operation Odyssey Dawn saw the Build-up, the French “show of force”, and the evening TLAM attack. More information can be found in my first debriefing that explains in details what happened (and why). In the meanwhile new details about the first hours of air war surfaced bringing some interesting analysis.

First of all the initially denied involvement of 3 B-2 bombers was confirmed. As happened during Operation Allied Force in 1999, the stealth bombers operated directly from Whiteman AFB, Missouri with the support of many tankers along the route. 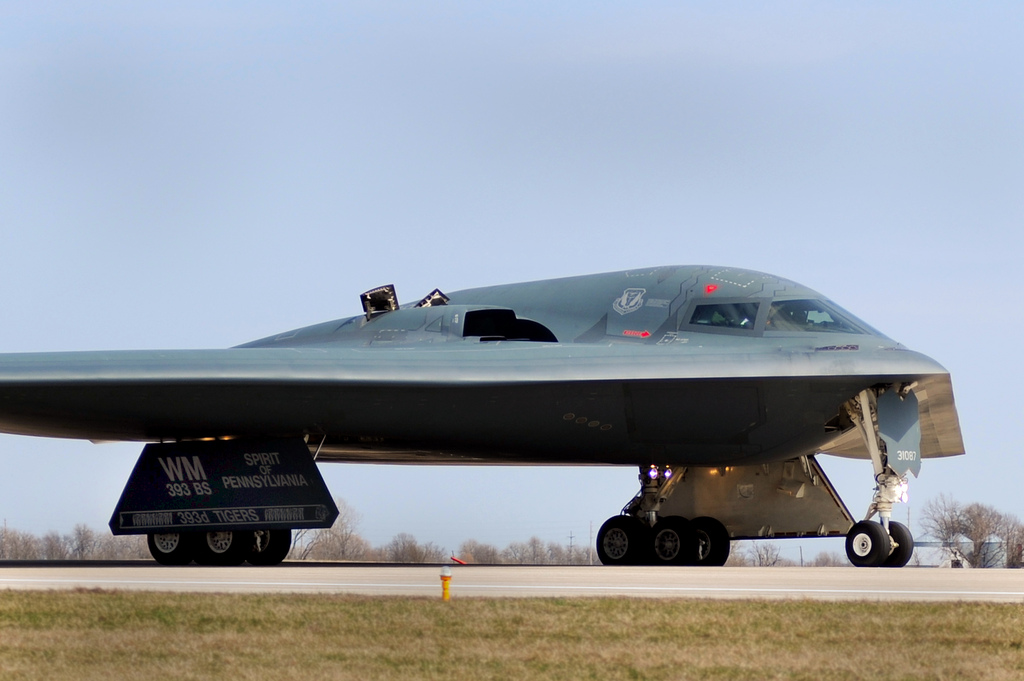 They dropped 40 conventional bombs on an unspecified airbase and, interestingly, to render them much more invisible, even to HF, VHF and UHF listeners that have been exploiting the possibility to listen to radio communications in the clear broadcasted by LiveATC.net, the B-2 used a REACH callsign, usually allocated to tanker, transport and support aircraft.

This gives an idea of how the OPSEC problem was faced by the USAF: keeping in mind that aircraft spotters around the world, virtually interconnected by means of forums, websites, messageboards, Twitter, Facebook and any other social networking tool, are today capable of tracking aircraft movements even before aircraft depart their homebases with the various LiveATC.net, Flightradar24.com, ADS-B, etc., they decided to deceive them not using difficult and “suspect” zip-lip ops (no-radio) but masking aircraft callsigns.

The result was satisfactory as the strikes of the B-2s as well as the TLAM attack were almost unexpected in spite of the technology in the hands of the aircraft enthusiasts meaning that there are still ways to achieve strategical surprise, if needed…..Indeed, very often, Politicians or Military Commands are more than willing to spread the news of active involvement in the air operations or the successful accomplishment of the missions as the news of the aircraft “overflying Libya now” given by the French and Tweets that followed the TLAM attack on Day 1 showed.

Furthermore, the above mentioned social networks tools are today used by media and news agencies that have been providing live and comprehensive coverage of the operations, with actual departure and landing times of each mission, number of involved aircraft, deployment bases and so on.

As never before, online newspapers and TV, using either Twitter feeds or information gathered on the field or by “googling”, are providing interesting details about the missions flown during this starting phase of Operation Odyssey Dawn.

During Day 2 the Force the main highlights were:

1) There were not collateral damages (civil victims) of the allied strike meaning not only that the attacks were “surgical” but that the accuracy of the weapon systems employed is extremely high so as the Rules Of Engagement. For instance there are reports that the RAF planes that operated in the evening of Day 2 did not use their ordnace because there were civilians in the vicinity of the designated targets.

2) The beginning of a direct US tacair (short for tactical aviation, i.e. jet fighters) involvement in the campaign: multiple waves of F-16s (52FW), F-15Es (48FW), EA-18Gs (VAQ-132) and AV-8Bs (USMC, 26th Marine Expeditionary Unit USS Kearsarge) striked a variety of ground targets shortly after the Libyan Defence and Communication network had suffered the massive cruise missiles attack. More are going to be performed in the next days even if, in the mid-terms, they will become reconnaissance/patrol missions rather than attack ones.

3) PSYOPS undertaken by an EC-130J of the 193SOW (Special Operations Wing) deployed to Sigonella to persuade some Libyans from boarding a ship (in both English and Arab language) as the following audio file show: http://audioboo.fm/boos/307814 . As already explained in this blog the EC-130J Commando Solo belong to the Pennsylvania Air National Guard. The EC-130J is a particular version of the EC-130 that is used for psychological operations and is capable of broadcasting TV and radio messages on all bands.

4) The first involvement of Danish and Italian contingents in the campaign. The RDAF F-16s based in Sigonella flew their first mission around 14.00Z striking targets in Misratah according to news agencies (4 were involved in a complex 5hrs mission, Danish sources reported), while a total of 6 Italian Tornados (4 ECRs and 2 IDS performing buddy air-to-air refueling) took off from Trapani at 19.00Z for a typical SEAD strike. This was the first active involvement of the Aeronautica Militare (Italian Air Force, ItAF) in Odyssey Dawn to which Italy contributes with 4 Tornado ECRs, 4 Eurofighter F-2000 Typhoon, 7 airbases and 5.000 military. The Tornado IDS deployed from Ghedi to Trapani should perform support missions (AAR) and that’s the reason why they are not considered in the grand total of ItAF planes joining ops. According to Italian Navy chief of naval ops the 8 Italian AV-8B+ Harriers on board Garibaldi aircraft carrier could operate along with USMC Harriers if needed. 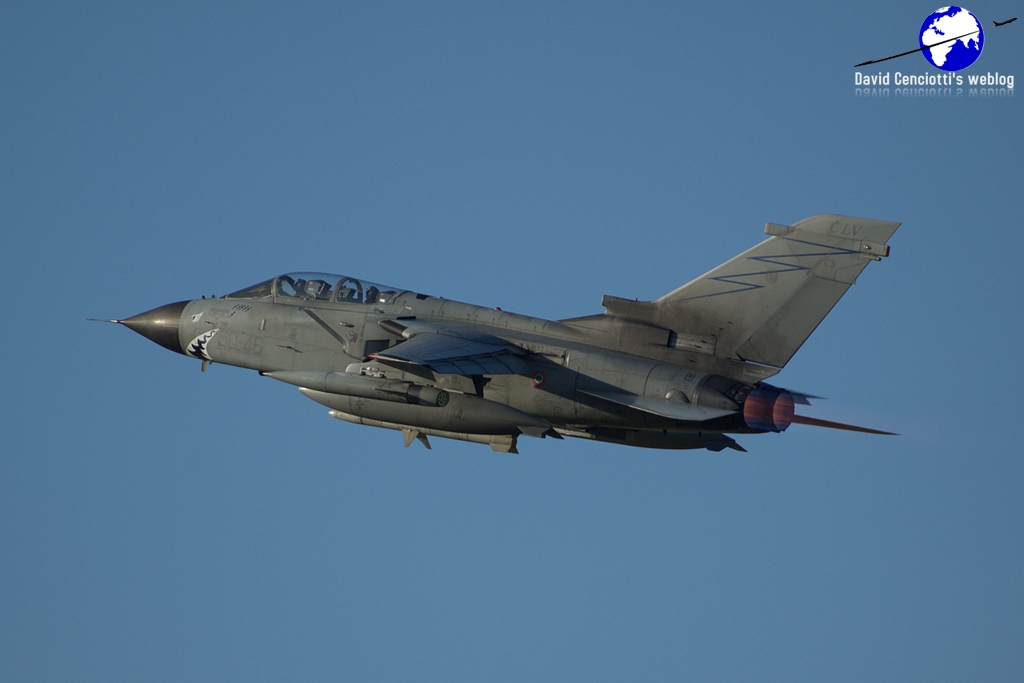 5) BDA (Battle Damage Assessment) was performed also by US Global Hawks permanently based in Sigonella.

6) Build up continues: 4 Mirage 2000-5 of the Qatar Emiri Air Force took part in the operations of Day 2 (according to the French MoD even if other French sources said the Qatari are going to join the operations in the near future with 8 aircraft) while a certain number of UAE F-16s could be shortly deployed to Decimomannu (even if some sources say Trapani). There were no news about the actual involvement of the Spanish ALA12 EF-18s based in Decimomannu (even if it can’t be ruled out). A certain number of Tornado GR4s (that during Day 2 operated again from UK) and Typhoons (should be 10 in total) have deployed to Gioia del Colle, the same airbase that hosted the British Harrier GR7s, Jaguars and Tornado F3 for the Balkans Ops (Deny Flight, Sharp Guard, Deliberate Force, Deliberate Forge, Deliberate Guard, Allied Force, etc.). The Norwegian Air Force was ordered on Saturday night to have 6 F16s and over 100 pilots and other personnel ready for military operations in Libya. It is not clear yet when and where the NoAF fighters will deploy. US could deploy some F-22s to the area even if this is just a rumour. French activity today went almost unnoticed with 15 aircraft performing strikes and returning to their bases without problems. Charles De Gaulle aircraft carrier was dispatched to the area of operations and it should embark an air group consisting of 8 Rafale Ms, 6 Super Etendards, 2 E-2C Hawkeyes, 2 Dauphins and 1 Alouette (source: ACIG.org).