The impressive story of the only air-to-air victory achieved by the F-15E Strike Eagle.

Developed to replace the General Dynamics F-111 Aardvark, the McDonnell Douglas (now Boeing) F-15E is a dedicated multi-role version of the F-15 Eagle air superiority fighter: named “Strike Eagle” to point out its attack capabilities, the F-15E is one of the best fighter bombers ever built.

The F-15E saw action for the first time during Operation Desert Storm, the campaign aimed to free Kuwait from the Iraqi invasion: during the war the aircraft was mainly tasked to attack fixed and mobile Scud missile sites as well as Surface to Air Missile (SAM) ramps. And it was during Desert Storm that the F-15E scored its only air-to-air victory shooting down an Iraqi helicopter.

Packard 41 was part of a flight of two F-15Es performing a Scud patrol, when the AWACS ordered them to destroy three Iraqi helicopters dismounting troops in the same zone in which several US Special Forces members were operating.

When the two Strike Eagles approached the target area, Packard 41 radar became intermittent, as explained by Bakke in Craig Brown’s book Debrief: A Complete History of U.S. Aerial Engagements – 1981 to the Present “What the radar was seeing was the rotation of the rotor blades, but it couldn’t hold a lock. So I decided to see if I can see them in the targeting pod.” Chewie saw two of the helicopters, or more correctly their rotors spinning in the LANTIRN pod. So he had to transition almost entirely to the pod, since as Bakke explained “the radar wasn’t much help at that point. Our mindset was turning to a ground attack…” 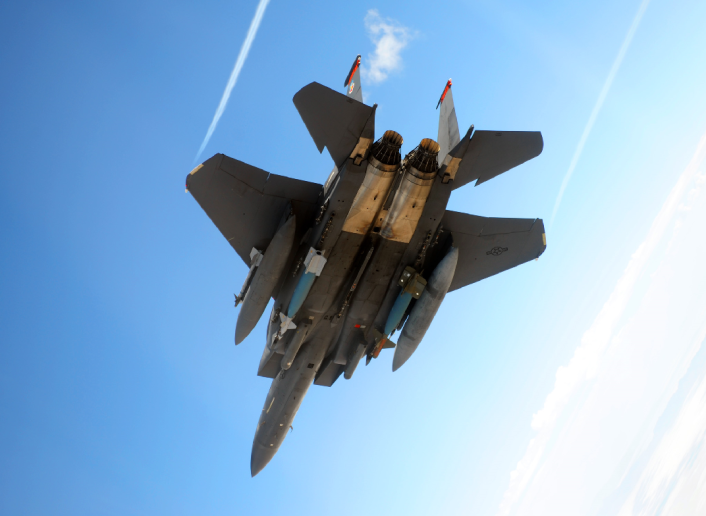 After TB and Chewie directed the other Strike Eagle to remain up in a high-cover and after having received the AWACS confirmation to destroy the enemy helicopters, they armed and selected one of their four GBU-10 Paveway II 2000-lb LGBs (laser guided bombs).

As Bakke himself recalls “TB queries me as to whether I’m good for a release. I’ve got good laser ranging to the target, but I hold off for just a little bit-no technical reason, just a gut feeling. Finally, I call ‘Cleared to Pickle’ and when TB pickles-off 2,000 pounds the aircraft immediately responded by shuttering and lurching upward.” Meanwhile, the Iraqi Mi-24 Hind had lifted off the ground accelerating away.

After having released the bomb TB performed a left designator turn but the GBU-10 time to impact quickly arrived to zero and he believed that the bomb had failed to impact. But at some point the bomb appeared on Chewie display: it was angled nose high, then started down and penetrated through the rotors, and the scintillation of the rotors as they disintegrated was easily discerned in the LANTIRN pod.

The GBU-10 then entered into the cockpit of the helicopter, and while it was coming out of the bottom of the aircraft the fuse delay functioned. Then a tremendous explosion disintegrated the helicopter in a huge fireball.

After this kill, Bennett and Bakke tried to engage the other two helicopters by using their AIM-9s, but since other Strike Eagles were dispatched to attack the remaining Iraqi choppers by dropping their bombs which could have hit Packard 41, TB and Chewie were forced to leave the zone.

Despite they lost the chance to shoot down the other two helicopters, Bennett and Bakke received the most important acknowledgment the day after, when the Black Hole (as the HQ in Riyadh was known) called them to express their gratitude for having downed an enemy Mil Mi-24 Hind gunship and saving 17 members of the Special Forces. 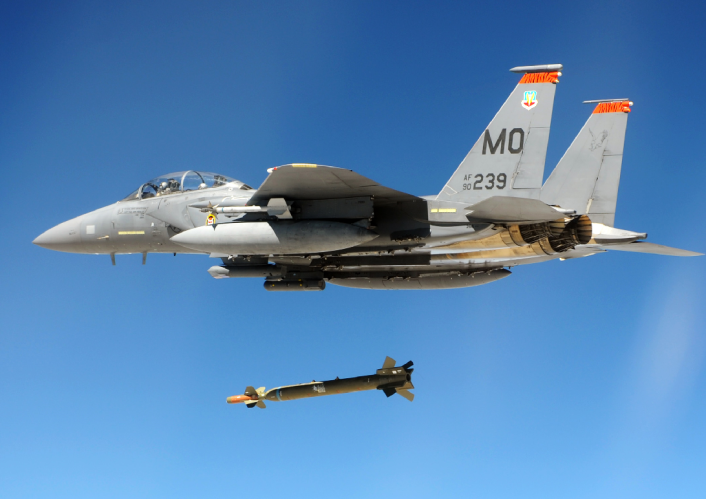 Video Shows How Deadly Low Altitude Helicopter Ops – and MANPADS – Really Are. A pretty terrifying video has surfaced out of Ukraine early on Mar. 5, 2022, showing the moment a Russian Mi-24/35 gunship […]

“A-10 will always be better than F-35 in Close Air Support. In all the other missions the JSF wins” F-35 pilot says

…and (quite obviously) the F-22 will always be better in Air-to-Air combat. But, in all the other missions the F-35 wins. It’s wrong to compare the F-35 with any other asset that was designed to […]