The first large deployment of the U.S. Marine Corps F/A-18 Hornets took place in 1991 during Operation Desert Storm, when they flew many of their sorties in SEAD role.

During Operation Desert Storm, the SEAD (Suppression of Enemy Air Defenses) missions were performed by USAF, U.S. Navy and USMC aircraft. However, those flown by Naval Aviators and by Marine Corps pilots were not the same as the Air Force’s Wild Weasels. In fact, as told by Marine Corps Maj. Steve Pomeroy of Marine Fighter Attack Squadron (VMFA) 333 to Steve Davies for his book US Multi-Role Fighter Jets, USAF’s aircraft “went out to hunt SAMs (Surface to Air Missiles). It didn’t matter if they were accompanying a strike or they were preparing for one to come later. They considered a mission successful when they removed the radar.”

On the contrary, USMC F/A-18s went out to escort a strike package and destroy air defense sites using AGM-88 HARMs (High-speed Anti Radiation Missiles) to make sure that the enemy radar was turned off or destroyed by the time the attackers hit their intended targets.

This kind of missions were known as “SEAD roll-back” and thanks to these sorties the enemy air defense systems in Kuwait or southern Iraq were either destroyed or moved back to safety, allowing coalition aircraft to freely operate in the area of operations going after significant military targets like artillery positions, infantry concentrations and armor.

Pomeroy remembers his first SEAD roll-back sortie during Desert Storm: “Our squadron’s first mission actually took off before the first bombs hit Baghdad. That was a high-speed defense-suppression run, using HARMs in support of a strike package going into Iraq. My own first mission was the same thing, in support of a Navy carrier strike at Basra. I don’t know the specific targets the Navy was going after, though being Basra the chances were that they were after petro-chemical complexes, airfields, air-defense sites or possibly bridges. We stood off from the target area before the strike package arrived, trying to locate and neutralize all of the radar-guided SAMs that we knew were there. I guess we were successful. Nobody was shot down.” 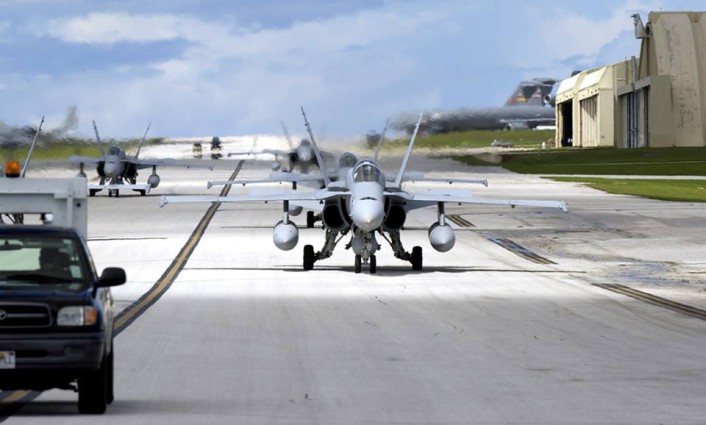 A strike package was generally made by more than 12 aircraft and involved HARM shooters, bombers, electronic warfare aircraft along with the tankers for air refueling support. If the Hornet drivers were able to destroy the SAM sites before the arrival of the strike package, the attack planes could not only hit their targets with greater accuracy but also have more chances to return home safely.

Obviously, this kind of job exposed the F/A-18 pilots to the fire of Anti-Aircraft-Artillery (AAA) and to SAM launches.

At night, both AAA and SAMs could be clearly seen, while if a SAM was launched in the daylight, the only way to see it was paying attention to the trail left by its ignition: in particular, the shoulder-launched missiles were fairly easy to spot because of their intense ignition signature. If the pilot was able to see the smoke of the missile leaving the ramp he could take an evasive action: SAMs could be deceived by a combination of onboard expendable such as chaff or flares, electronic jamming and hard maneuvering. If a missile maintained the same relative position to the locked on aircraft the pilot usually maneuvered on it, performing a sharp turn that could brake the lock.

SAMs could not always be defeated, but any F/A-18s that were hit were not so seriously damaged that they couldn’t get back. In fact as Maj. Pomeroy explains the aircraft performed exceptionally well in this role also because of the strength of its airframe: “the Hornet could, and did, take some pretty serious hits and still get 200 miles or more back to base.” 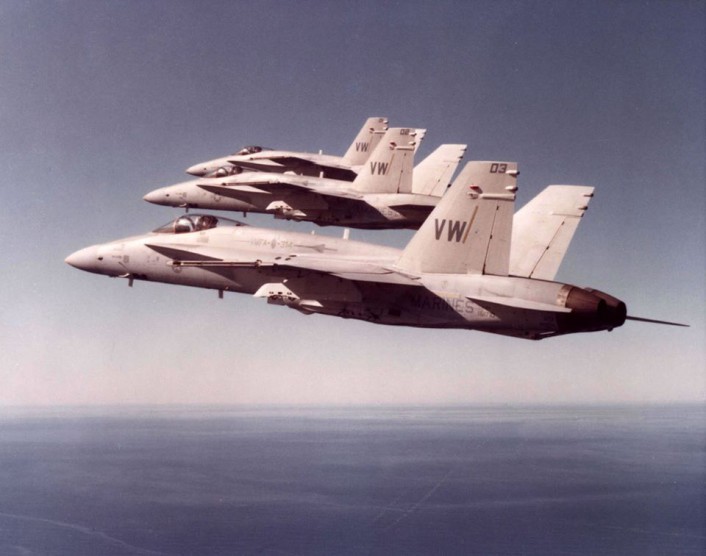 An F/A-18C Hornet crashed in the UK killing the pilot. On Oct. 21, a U.S. Marine Corps F/A-18C Hornet belonging to VMFA-232 crashed shortly after take off from RAF Lakenheath. Unfortunately, the pilot died in […]