An F/A-18C Hornet crashed in the UK killing the pilot.

On Oct. 21, a U.S. Marine Corps F/A-18C Hornet belonging to VMFA-232 crashed shortly after take off from RAF Lakenheath.

Unfortunately, the pilot died in the incident: according to some reports he didn’t manage to eject but steered the jet away from houses, saving lives.

The aircraft was part of a flight of four Marines Hornets returning stateside after being deployed to the Middle East (Jordan) to support Operation Inherent Resolve against ISIS in Syria and Iraq. 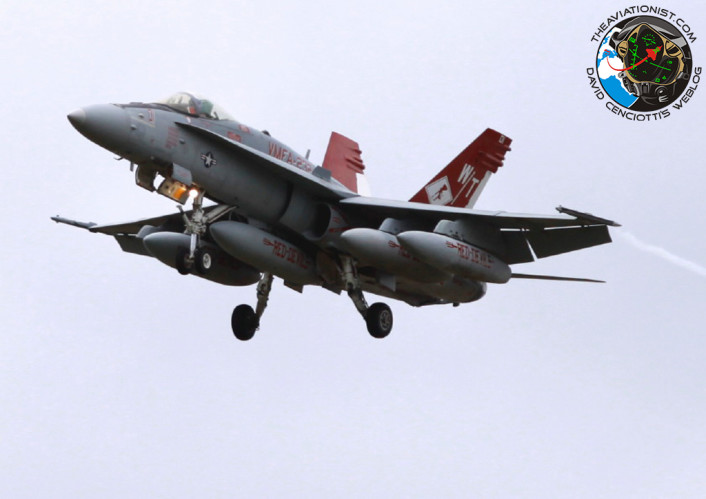 The first 6 out of 18 VMFA-232 F/A-18C arrived at Lakenheath from Souda Bay, on Oct. 17. The Aviationist’s photographer Tony Lovelock was there and took the photographs you can find in this post.

All the aircraft had bomb markings painted below the cockpit: the CAG bird had 72 ones, whereas the 165230/WT-11 sported 55 bombs. 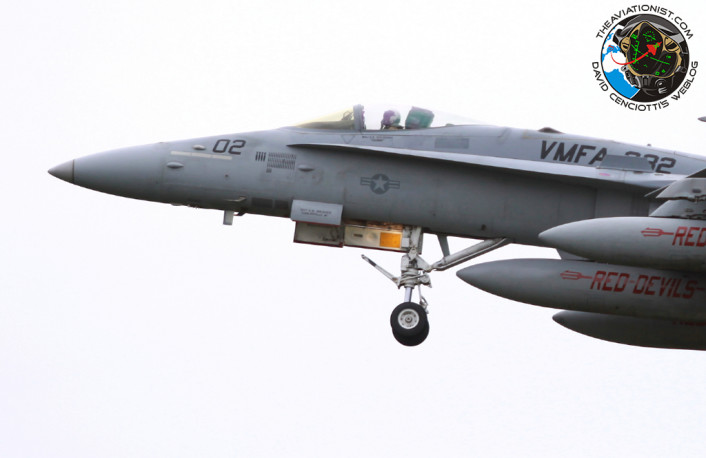 The Joint Strike Fighter has flown through the world-famous Mach Loop Low Flying Area for the first time. The clip below shows F-35A Lightning IIs belonging to the 34th Fighter Squadron, 388th Fighter Wing and […]