Some of the 27 remaining U.S. Marine Corps EA-6B Prowler jets are currently deployed to conducts electronic air defense over Afghanistan. 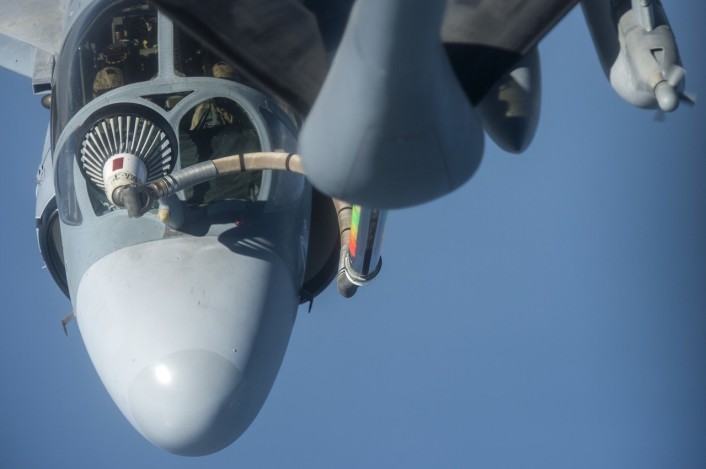 Since they arrived in Qatar, the Prowlers have launched missions to Syria and Iraq, as well as Afghanistan. 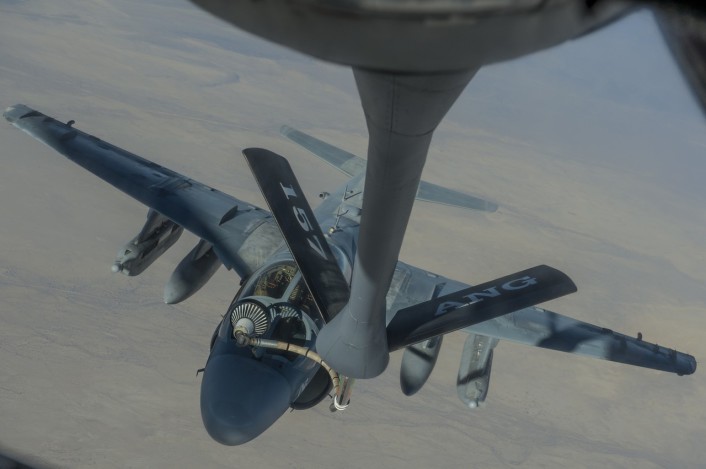 In spite of their age, the aircraft are still valuable platforms capable to support any contingencies or operations which may need kinetic electronic attack:  they can spot and identify enemy signals, jam radar emissions and radio communications as well as gather intelligence and pin-point enemy forces on the ground. 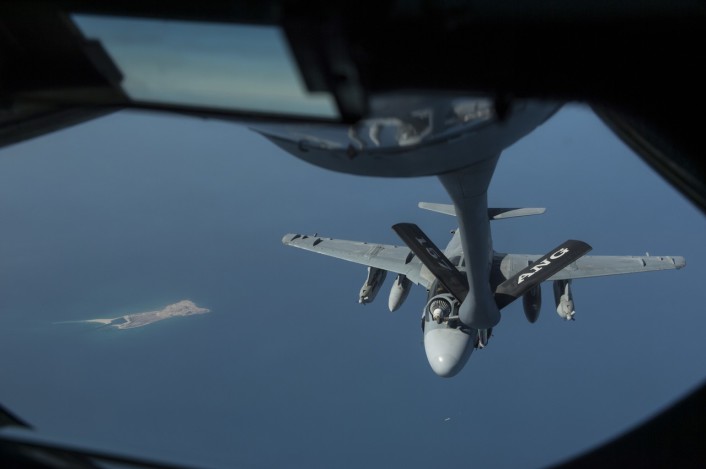 Still, the Prowler will probably be the last EW (Electronic Warfare) dedicated aircraft in USMC inventory: the Marines plan to retire the Prowler and replace it with the radar-evading F-35B which will be able to perform some EW roles by means of its AESA (Active Electronic Scanner Array) radar, used as a directional jammer. 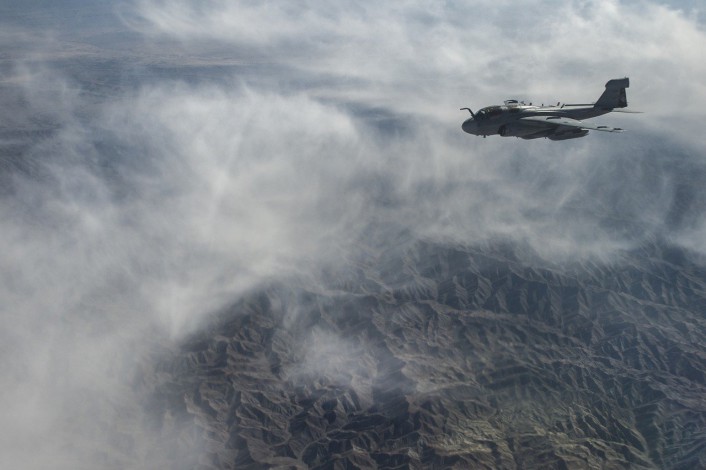 In the meanwhile, the images in this post show some the Marine Corps Prowlers being refueled by a U.S. Air Force KC-135 on their way to one of the daily missions over Afghanistan. 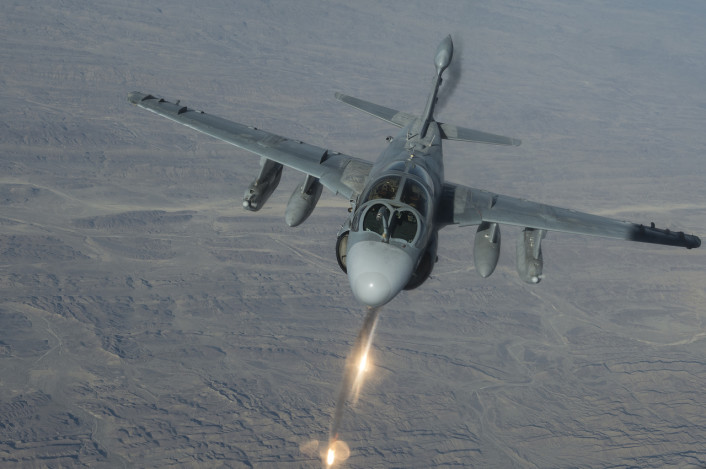 U.S. Air Forces Central Command has just released some photographs from an “undisclosed location”: geolocation proves they are the first from a recently-built airbase in northern Syria. CENTCOM has just published some interesting photographs of […]