Shocking footage shows the ATR-72 turboprop plane banking sharply, hitting a cab and clipping a bridge before crashing into Keelung river, near Taipei.

According to Taiwan’s aviation agency, the turboprop plane was carrying 58 people (5 crew members and 53 passengers), 12 of those have died in the crash according to the latest reports (07.30 GMT).

The aircraft was filmed banking sharply, hitting a cab on a bridge and then crashing into the river by dash camera aboard a car.

Maximum speed recorded through ADS-B by Flightradar24 receivers in the area was 116 Knots (a bit low for a departing aircraft). 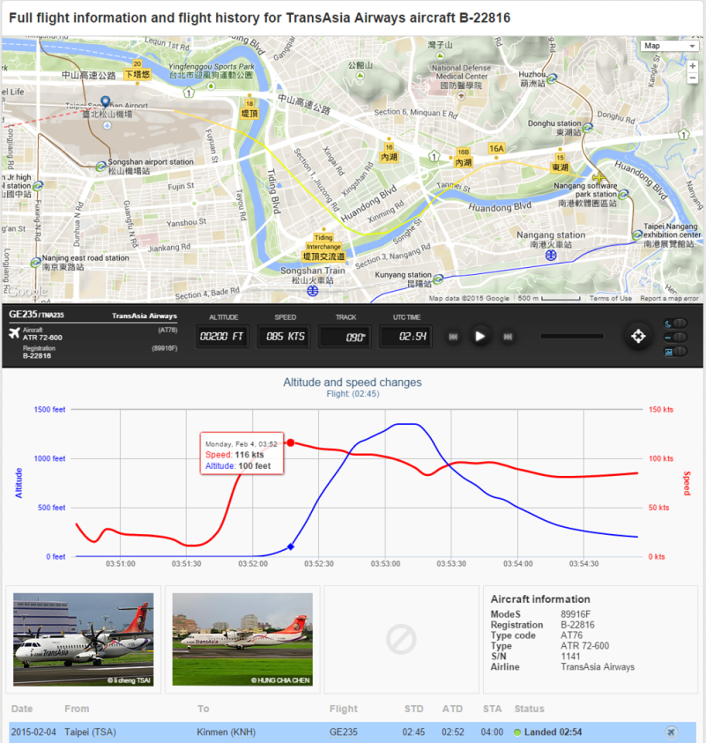 I’ve already discussed the Eurofighter low passage in a dedicated post. Here are the pictures I took from both the small dock located to the left of the display area and from the top of […]

The following pictures represent a selection of all the images taken during the rehearsals of the Rome International Air Show. Full collection of pictures taken on May 30 and 31 is available at the following […]

The interesting aircraft will be upgraded to the Sea Eagle configuration. On Jun. 27, 2020, a Pakistan Navy ATR-72-500, with serial 77, arrived at Mönchengladbach airport, Germany, after a two-day flight. The aircraft departed PNS […]