Italian and Greek military and coast guard aircraft, helicopters and boats are battling strong winds and massive waves to rescue 478 people trapped on a burning ferry adrift between Italy and Albania.

A complex rescue mission is underway since early in the morning on Dec. 28, when fire broke out on a car deck of the Italian flagged “Norman Atlantic” ferry, travelling from Patras, Greece, to Ancona, Italy, with 478 people on board.

Italy and Greece dispatched helicopters and maritime patrol aircraft (including an Italian Coast Guard ATR-42MP and Hellenic C-130) to support the rescue mission that will go ahead until everyone aboard is evacuated from the ferry, adrift about 15 nautical miles from the Albanian coast. 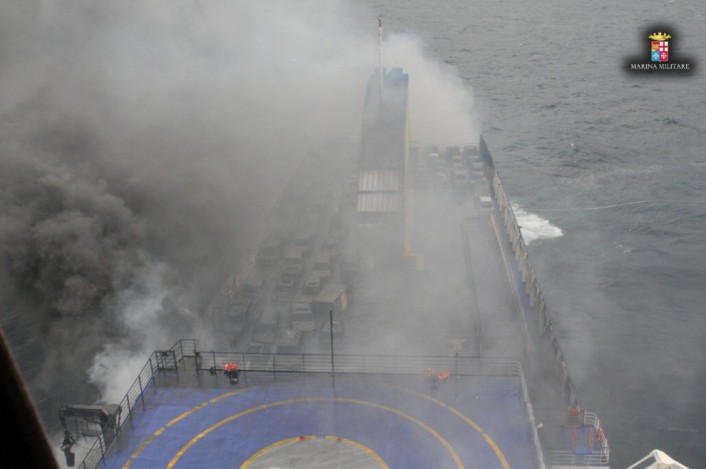 Italian Air Force HH-139s, Italian Navy SH-212 and EH-101s helicopters are rescuing passengers from the ship and carrying them to the nearby ships or hospitals in southeastern Italy. 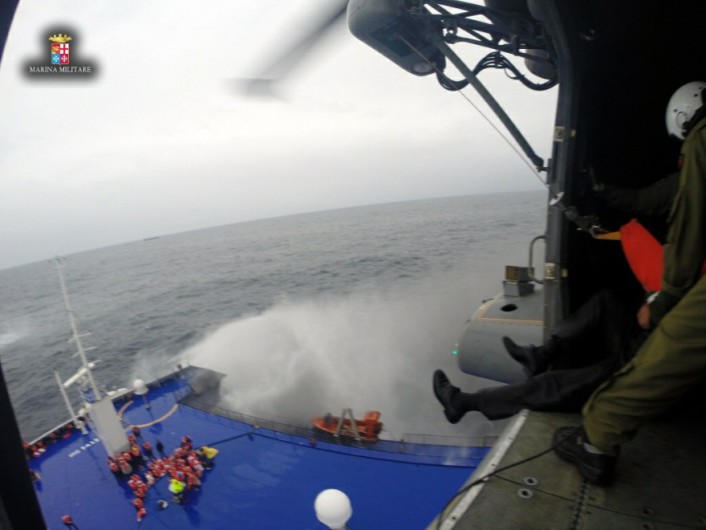 At 21.43 GMT, 287 people must still be evacuated. One of the passengers has been declared dead. Rescue operations are particularly difficult because of the high seas, darkness and amount of smoke coming from the ship. 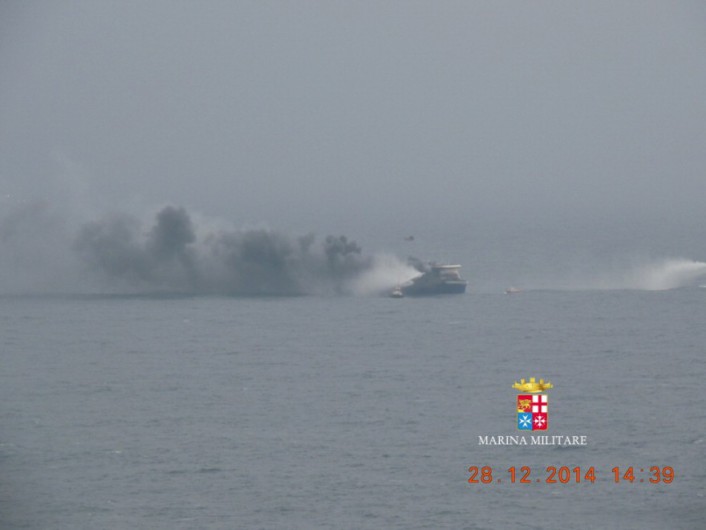 Both the ferry and the nearby ships can be tracked by AIS (Automatic Identification System), an automatic tracking system used for identification and geo-localization of vessels that can be considered the naval homologous of the ADS-B used by airplanes and it is used for collision avoidance, search and rescue, and for aids to navigation.

Here below you can see the track followed by the Norman Atlantic until the present position (from MarineTraffic.com):

Here below you can see the position of the ferry at 21.39 GMT:

It looks like one of the supporting helicopters is also using broadcasting its flight data by means of AIS and can be tracked. Have a look at the path it has followed.

Total air superiority with a bit of swing role: the Italian Typhoons have completed their first Red Flag