The following image shows the target before and after the hit by “one of the U.S. Navy’s most dependable over-the-horizon all-weather anti-ship missiles, the Harpoon Block IC.” 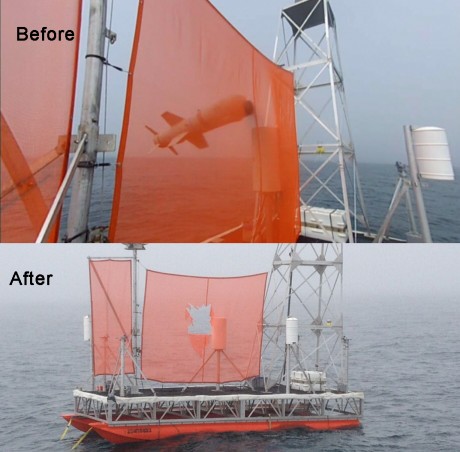 The unusual Sunday exercise saw the participation of F-16s armed with live air-to-air weapons. The U.S. Air Force and U.S. Navy performed a joint exercise in the Black Sea on Aug. 2, 2020 focusing on […]

A quick look at why the F-16N was the best plane to simulate soviet “bandits” in adversary missions.

The Lockheed Martin F-16 Fighting Falcon is the western world’s most prolific fighter of the last 40 years. Even if medium and long-range air-to-air missiles, such as the AIM-7 Sparrow and the AIM-120 AMRAAM,  have been […]