Even if it’s not clear whether the targeted Mi-8/17 Hip chopper was able to survive the hit (in the last year some Syrian helicopters have proved their ability to withstand ground fire by Surface to Air Missiles), the following video shows how lethal some shoulder mounted surface to air missile systems can be. 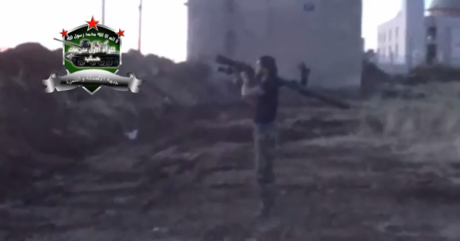 While the chopper flies at medium altitude, the rebel can target it with an SA-16 and wait the right moment to fire.

The episode took place on Jun. 10 at Aleppo.

H/T to @troublejee for the heads-up

Brought to my attention by Matt Fanning on The Aviationist FB page, the following HD video is one of the few clearly showing a Syrian Mig-23BN attack plane during a strike mission on Darayya, in […]