After flying more than 18,000 hours in Afghanistan, moving more than 7,900 tonnes of kit and stores and transporting over 130,000 personnel since 2009, RAF Merlin helicopters have finished their deployment in the Helmand region, where they have primarly flown troop transport missions. 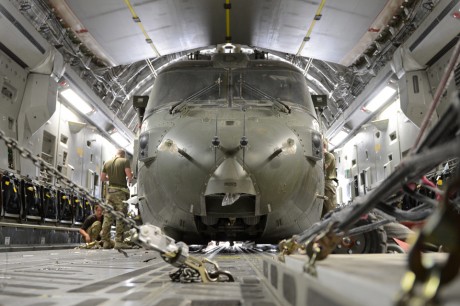 The following images where released by the UK MoD, and show one of the large, partly disassembled choppers (the same used for the 2012 Olympic opener and latest 007 movie) inside a RAF C-17 Globemaster transport aircraft used to bring the Merlins back home. 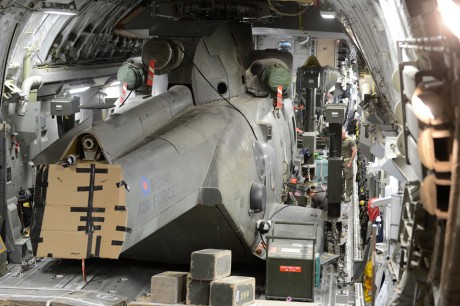 RAF Typhoons supported by a Voyager tanker deployed to Nellis Air Force Base near Las Vegas to take part in Ex. Red Flag. And here are a few cool photos of the lead formation en-route. […]

Held twice each year in the Scottish Exercise Areas, Joint Warrior is a large exercise that sees the participation of assets from all three UK armed services as well as numerous foreign ones. Taking part […]

With this new contract the Tempest programme will now progress to the next phase that will shape the final design and capabilities of the 6th gen aircraft. The British Ministry of Defence awarded BAE Systems […]