According to the press release, “Ex Pashtung Vortex was an overseas Training Exercise, taking place around Aqaba, Jordan and involving aircraft from the Merlin Force based at RAF Benson. The exercise enabled enviromental training and pre-deployment training objectives to be achieved.”

Three Merlin choppers were deployed. The aircraft were supported and sustained by a Joint Helicopter Force Jordan, formed by elements from RAF Benson and support units. 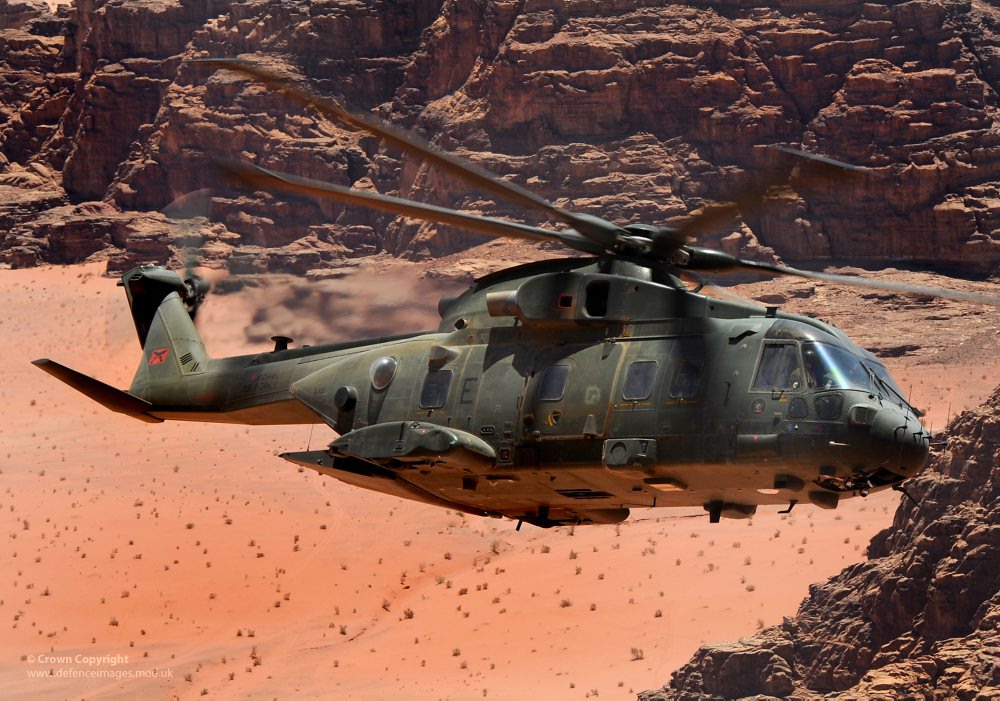 The RAF Typhoon aircraft were scrambled to intercept a civilian aircraft that lost comms with the Air Traffic Control agencies in UK airspace. A loud sonic boom was heard across Cambridgeshire in eastern England earlier […]

While its aircraft can be tracked online, the U.S. Air Force only worries about Tweets….

On Aug. 3, at 16.49 local time, a Royal Air Force Typhoon was scrambled for the second time since a No-Fly Zone was established, from RAF Northolt, North West London. Eye witnesses stated that the […]