Even if some heavy formations of Tu-95 and Tu-160 strategic bombers took part to the airshow held at Zhukovsky, Moscow, on Aug. 11 and 12, to celebrate in spectacular style the 100th anniversary of the Russian Air Force, one of the highlights of the event was the flypast of 21 aircraft, consisting of 5 Su-27s, 8 MiG-29s and 8 Su-25s.

Here’s the quite unusual formation depicting the number “100” in the skies over the Moscow region in a photograph shot by Tony Lovelock. 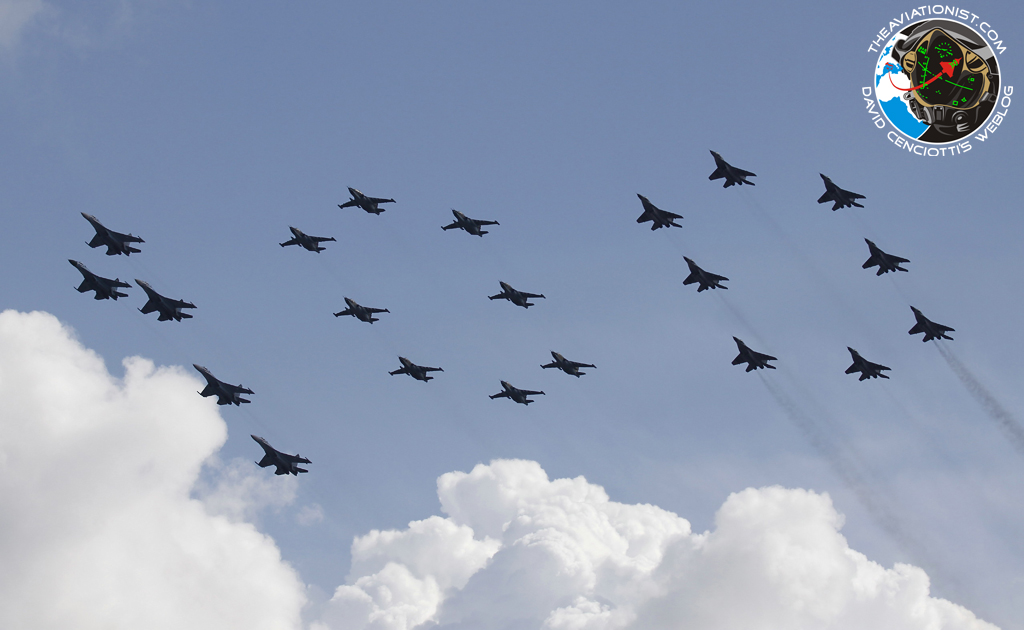 More pictures about the Russian airshow will be published in the next few days. Below just a teaser: 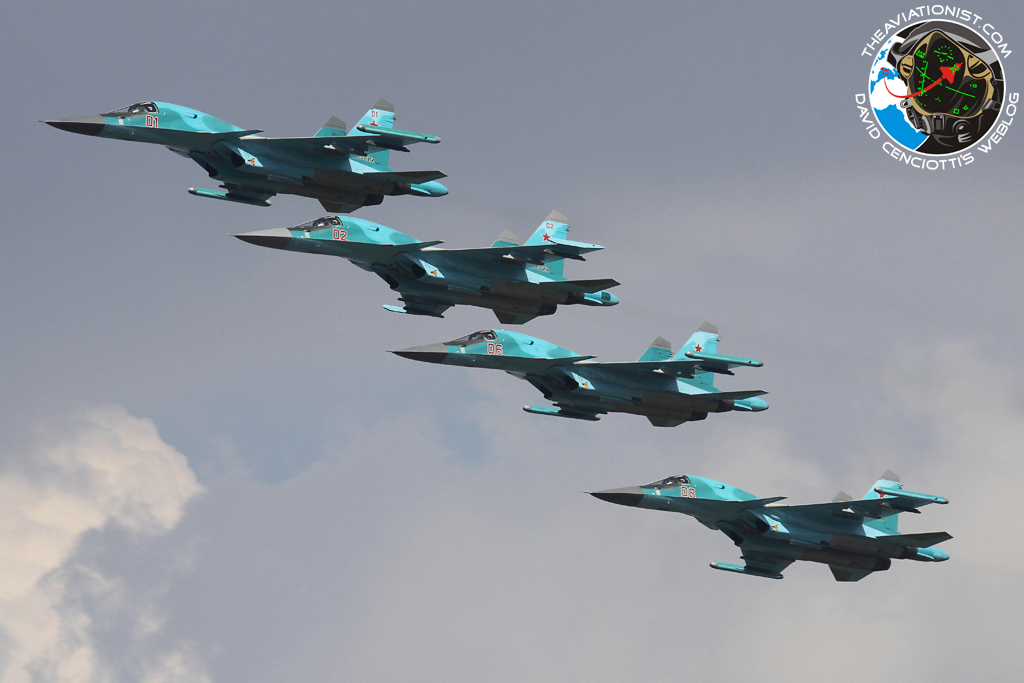