Five Russian planes flew over the Pacific Ocean and the Sea of Japan off Hokkaido and the Tohoku region in northeast Japan: two Tu-95 Bear, two Su-24 Fencer (Fencer E according to the information released by the Japanese authorities even if the released image seems to show a Fencer D) and an A-50 Mainstay, an airborne early warning aircraft seldom seen accompanying strategic bombers along patrol flights over the ocean near Japan.

Even if the Russians flew close to the Japanese coast, all flights took place in the international airspace (that is to say, the airspace outside the territorial waters, located within 12 nautical miles from the coast) in compliance with the international rules. 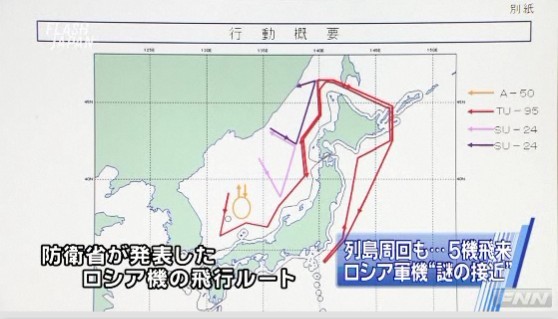 Noteworthy, talking to the RIA Novosti, the Russian Air Force spokesman Col. Vladimir Drik, said that the Russians were intercepted and escorted by “Japanese Air Self Defense Force F-15 and F-16 fighter aircraft,” even if the JASDF is not equipped with the F-16 but with the indigenous Mitsubishi F-2 that is based on the Fighting Falcon (hence similar to the American “electric jet”). 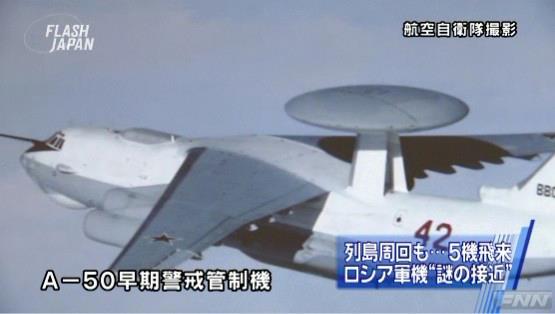 Watch the first solo display training of the new Su-30SM of the Russian Knights aerobatic team at LIMA 17. At dusk.