In 1960, the RAF issued Specification 239 for a strategic transport, which during September 1961 resulted in an order for five VC-10’s from Vickers- Armstrongs (Aircraft) Ltd.

The VC-10 was an airliner designed for high subsonic speed at high altitude whilst operating from hot and high airfields found in African countries of the old British Empire. The design that came out of these requirements was quite simply the stuff of legends: the performance was so good once in production it broke the fastest crossing of the Atlantic (London to New York) for a sub-sonic airliner, a record it still holds. The only passenger carrying aircraft to have beaten the record is Concorde which is a different beast altogether.

It was this performance that caught the eye of the RAF.

Following the initial order of five examples a further order for another six followed in August 1962, along with another three during 1964 from a cancelled order from BOAC (British Overseas Airways Corporation) the fore runner to British Airways.

Again in 1981 a further 14 British Airways Super VC-10s were purchased and put into storage some of which was used for spares and five were eventually returned to service during the early ’90s.

The main difference between the early military and commercial versions of the VC-10 was more powerful engines (in the military version), an in flight refuelling probe and an auxiliary power unit in the tail cone. Also the seats in the passenger cabin for the military version faced backwards unlike the commercial seat that faced forwards as per all commercial airliners of the time.

The converted ex airliners were modified with additional fuel tanks within what would have been the passenger cabin. This allowed the VC-10 to carry up to 90 tons of fuel. 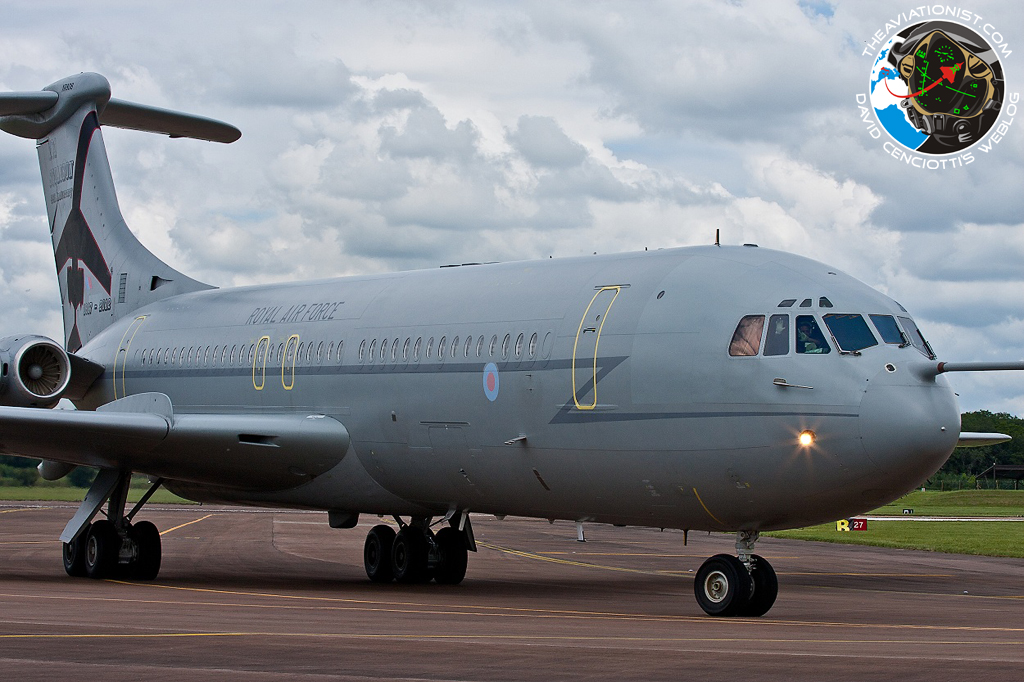 The VC-10 found itself flying in all conflicts that the British forces took part in from the ’60s.

It formed part of the air bridge between the UK and Wideawake airfield (Ascension Island) during the Falklands conflict, they even donated a Dual Carousel navigation system to the Vulcan that were used in the Black Buck raids on Port Stanley airfield. Then in 1991 the VC-10 fleet found themselves in the Middle East and deployed to Bahrain, Saudi Arabia and Oman as part of Operation Granby the British effort in the first Gulf War. There after VC-10 operating out of Oman refueled coalition aircraft over Iraq and Afghanistan, with nine examples taking place in operation Telic, the second Gulf War.

The VC-10 was found to have a rugged air frame and was loved by its crews mainly due to its performance, which was a double edged sword as many crews would fly over the Atlantic twice in a day, usually to Goose Bay in Canada, from the UK.

In recent years the fleet has been reduced in size and late August 2012 saw the type reduced further to four flying examples which would no longer partake in transport duties.

To celebrate fifty years of the VC-10, the 95th anniversary of 101 Squadron and 30 years since the first K2 entered service in the air-air refuelling role, the RAF flew three examples from their base at RAF Brize Norton in a mission that took them North to Scotland and a fly past at RAF Lossiemouth then on to RAF Leuchars. A flight South saw them fly over Newcastle Upon Tyne, RAF Scampton, RAF Waddington, RAF Cranwell, RAF Coningsby, RAF Marham and finally retuning to RAF Brize Norton where the trio of jets did a run and break before touching down for the final time.

The remaining four jets will soldier on until the out of service date during March 2013 and the type will fall silent.

Many examples are already finding their way into the museum collections around the country. 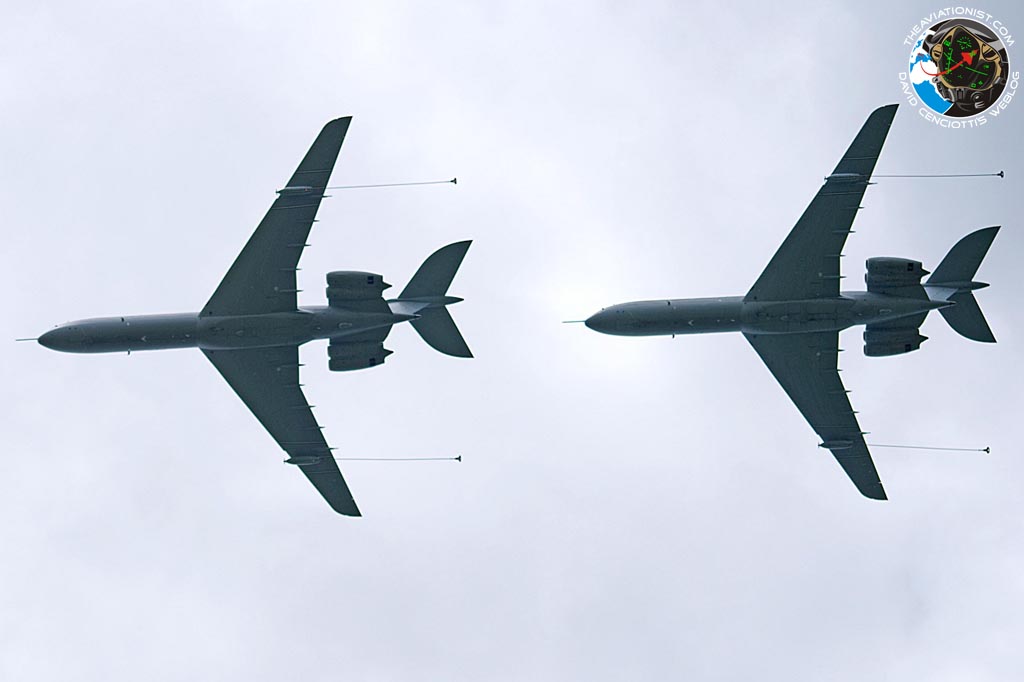 The RAF Sentry fleet will retire later this year after 30 years of service, freeing resources for the E-7A Wedgetail which is set to enter service in 2023. A Royal Air Force E-3D Sentry AEW1, […]