As everybody know by now, on Sept. 11 2001, the first thing terrorists did as soon as they reached the cockpit of the four hijacked planes was turning the transponder off. This made the doomed planes almost invisible to the radars on northeast U.S. rendering the US Air Defense response to the attacks in New York and Washington DC extremely difficult.

In the aftermath of the commemorations for the 10th Anniversary of the 9-11 attacks, many visitors of this website asked me if the ADS-B transponders would have enhanced the capabilities of NEADS to identify and track the hijacked planes. This article answers that question.

In aviation, a transponder is an electronic device carried by an airplane that operates as a radio receiver and transmitter. The transponder is the key component of the secondary surveillance radar (SSR) system. It produces a coded response upon radio-frequency interrogation: each plane is assigned a transponder code by the air traffic control agency, known as “squawk,” that is used to reply to interrogations with information such as the plane’s speed and altitude.

Data transmitted by the aircraft transponder is then displayed on the radar screen to assist the controller providing instructions and ensuring proper separations between flights. 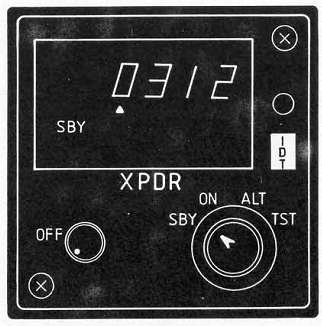 When the aircraft turns its transponder off, it only passively bounces radio waves sent by the radar becoming a “non-cooperating” target in a primary surveillance radar (PSR) scenario: the pulse of radio energy sent out by the radar is reflected by the surface of the target plane back to the receiver providing the bearing of the aircraft from the ground station and its distance (calculated as the time taken by the pulse to reach the target surface and return).

Since only a fraction of the interrogation pulse is reflected back to the ground radar, the reply signal has a reduced range and is subject to signal attenuation. Hence, it can be difficult to detect.

For this reason on 9-11, after losing the transponder replies, FAA controllers were unable to determine with accuracy the actual position of the hijacked planes and transfer the information to the interceptors of the US Air Force. 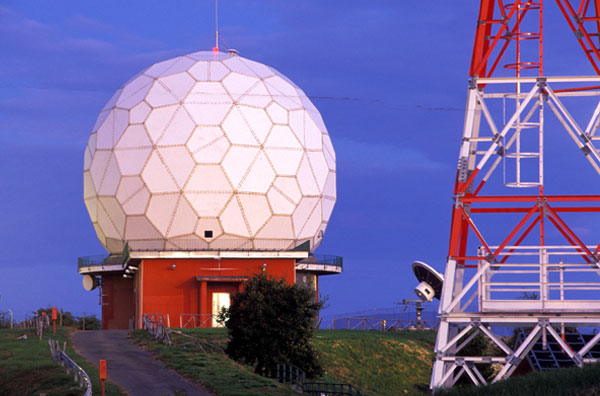 Next Generation airspace is based on another kind of system that not only improves radar accuracy and traffic avoidance for better safety, but also provides million users only “equipped” with an Internet connection, a web browser and a computer, the opportunity to follow the live air traffic all around the world as they were real ATC controllers.

The famous Flightradar24.com or PlaneFinder.net, both available also as iOS and Android apps, exploit the ADS-B (Automatic Dependent Surveillance – Broadcast). The ADS-B system uses a special transponder that autonomously broadcasts data from the aircraft’s on-board navigation systems about its GPS-calculated position, altitude and flight path. This information can be received by ground stations, by other nearby aircraft (thus enhancing situational awareness) and also by commercial off-the-shelf receivers available on the market as well as home-built ones.

Flightradar24 and PlaneFinder have a network of several hundred feeders around the world who make the flight information received by their home kits available for anybody. Obviously, only ADS-B equipped aircraft flying within the coverage area of the network are visible.

According to an esteem by Flightradar24.com, around 60% of the civil airliners and only a small amount of business jets and military aircraft have an ADS-B transponder. This means that, although you will probably never spot a Stealth Helicopter nor Air Force One broadcasting its position, speed, altitude and route on the Web, you can still catch some extremely interesting planes. As the evasive US Air Force C-32Bs (a military version of the Boeing 757), operated by the Department of Homeland Security and US Foreign Emergency Support Team (FEST), used to deploy US teams and special forces in response to terrorist attacks.

Since ADS-B system uses onboard transponders, its use on 9-11 would not have improved the detection capabilities of the radars. ATC control centers would have remained as blind as they were during the attacks.

The only difference is that millions users would have been able to track the hijacked planes until their transponder were turned off and, minutes later, they would have seen all civil planes flying across the country diverting to the nearest airports while the US airspace was being shut down.

During my career as a journalist, I’ve had some chances to chase other aircraft and take interesting air-to-air pictures. It happened when I took the a/a pics of the F-104s, of the AMX, Tornado F.3, […]

The KC-135 MITO was part of a proficiency and readiness exercise to validate Fairchild’s maintenance generation and the ability to launch multiple aircraft in rapid succession. On Sept. 29, 2021, the 92nd Air Refueling Wing […]