From Jan. 21 to 24, the Swiss Air Force contributed to the security of the WEF international conference held at Davos, in Switzerland. 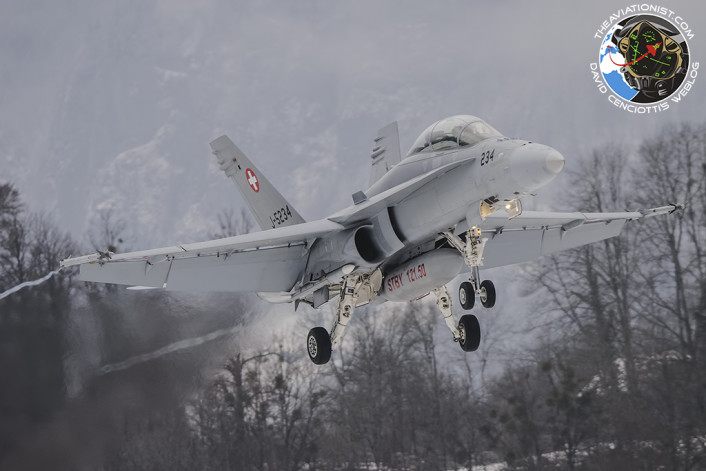 Needless to say, all the aircraft taking part in the air policing missions carried live air-to-air missiles: the Tiger jets carried AIM-9P Sidewinder IR-guided AAM (Air-to-Air Missiles) at the wingtips, whereas the Hornets carried 2 AIM-9X Sidewinders at the wingtips and either two AIM-120 AMRAAM (Advanced Medium Range Air to Air Missiles) or one AIM-120 and the ATFLIR (Advanced Targeting Forward Looking Infra Red) pod underneath the fuselage. 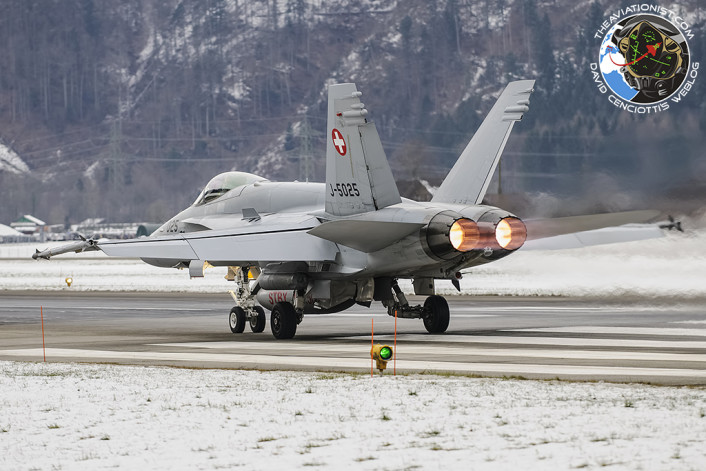 Some of the Hornets had the text “STDY 121.5” message on their centerline external fuel tank: a message to any intruder to switch to the international emergency frequency 121.5 MHz to get instructions from the interceptor and the air defense radar. 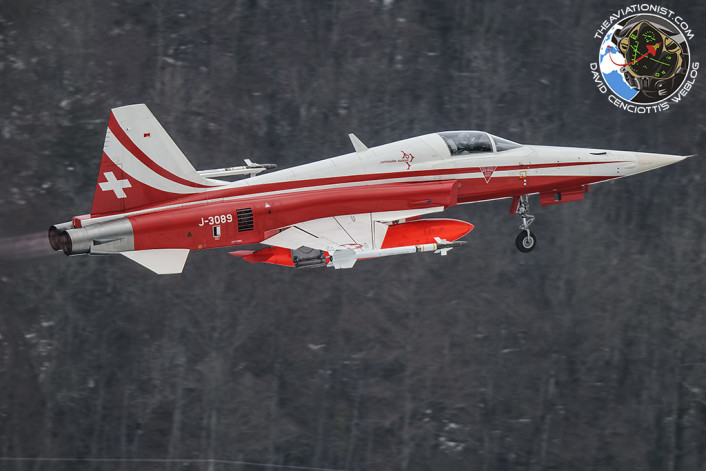 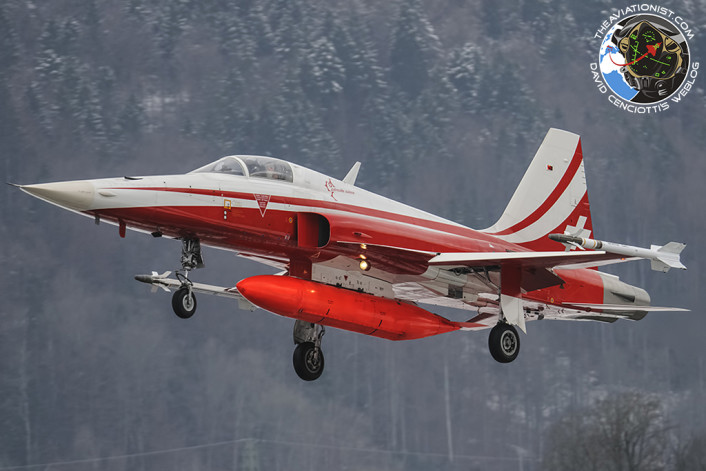 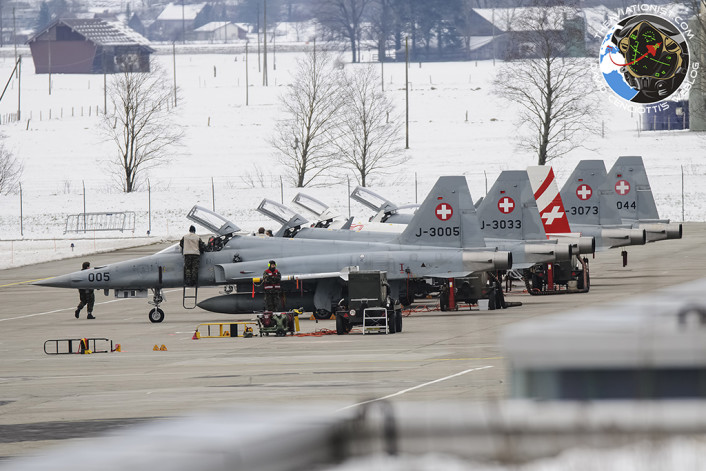 The images in this post were taken at Meiringen by The Aviationist’s contributor Alessandro Fucito. 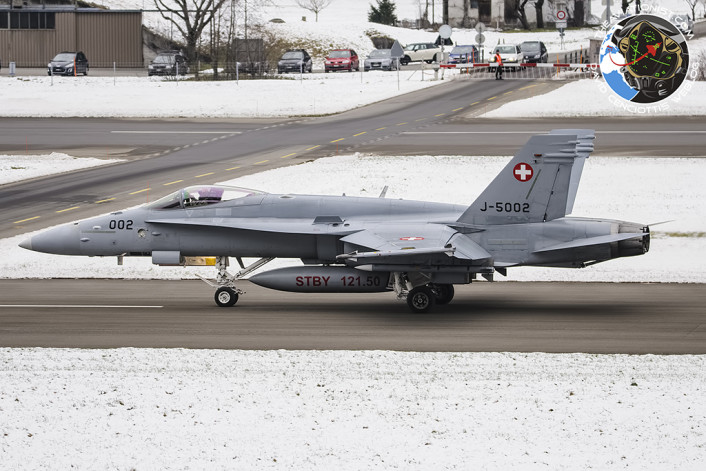 How a U.S. Air Force F-15 Eagle shot down an Iraqi MiG-23 Flogger during Desert Storm

Developed at the end of the 1960s to be the best air superiority fighter in the world, the F-15 proved to be a real MiG Killer during the Operation Desert Storm scoring most of the […]

Can you believe they can fly that close? Impressive. The following video was filmed aboard Blue Angel 4,  in the “slot” position,  at the back right hand corner of the Angels’ diamond formation. It was […]