Four French Air Force Rafales have deployed to Poland. The aircraft don’t sport the traditional tail markings and the reason may be their unit fough alongside the Soviets in WWII.

At 09.40 GMT, four French Air Force Rafale “omnirole” jets landed at Malbork airbase in Poland, where they have been deployed to reinforce NATO and its allies presence around Ukraine.

The combat planes belong to two squadrons of the Armée de l’Air: the EC 1/7 “Provence”, based at Saint Dizier and the EC 2/30 “Normandie-Niémen” from Mont-de-Marsan.

The French planes had their unit markings removed from their tails, in what seems to be a symbolic act rather than a specific operational requirement, considering that squadron badges were not erased in previous combat operations (for instance Libya Air War in 2011).

The “Normandie-Niémen” was the only French Air Force unit (a Regiment) to fight alongside the Soviets until the end of the war in Europe, during WWII; considered the growing tension with Russia following the invasion and annexation of Crimea, most probably, Paris did not want to deploy aircraft whose markings could somehow recall a glorious past of joint operations with Moscow’s air armada.

A bit of Psyops? 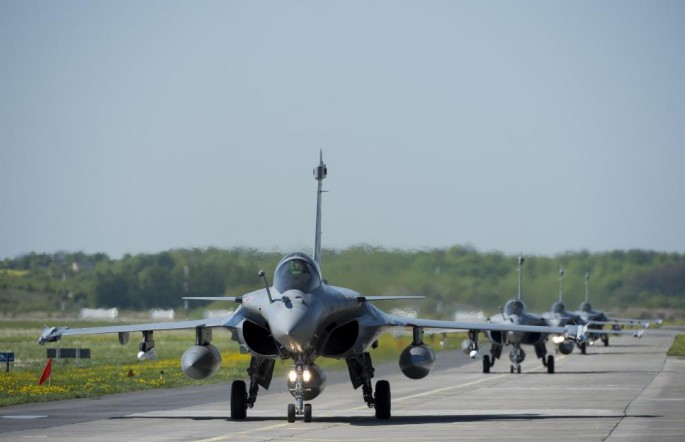