Although it is not the first time this happens, French warplanes seldom operate from U.S. flatops. For this reasons, the images in this posts are particularly rare. 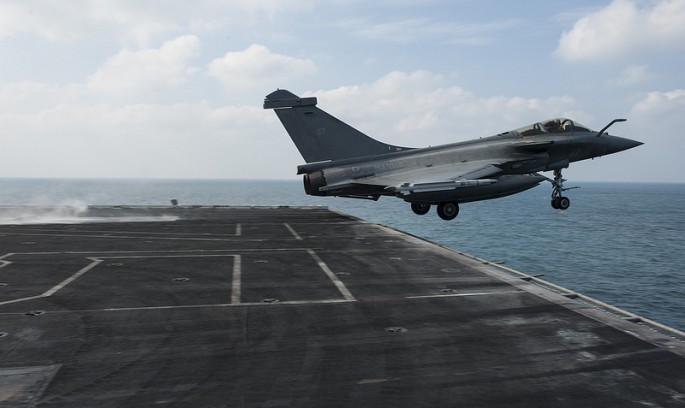 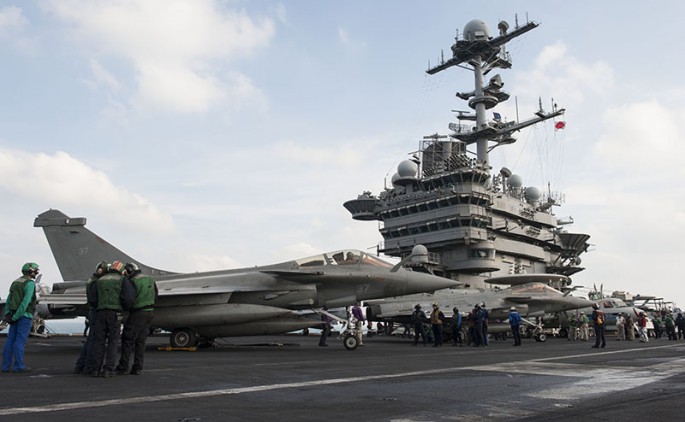 Harry S. Truman, flagship of the Truman Carrier Strike Group, is conducting operations with units assigned to French Task Force 473 in the U.S. Fifth Fleet area of responsibility in order to enhance levels of cooperation and interoperability, enhance mutual maritime capabilities and promote long-term regional stability in the region. 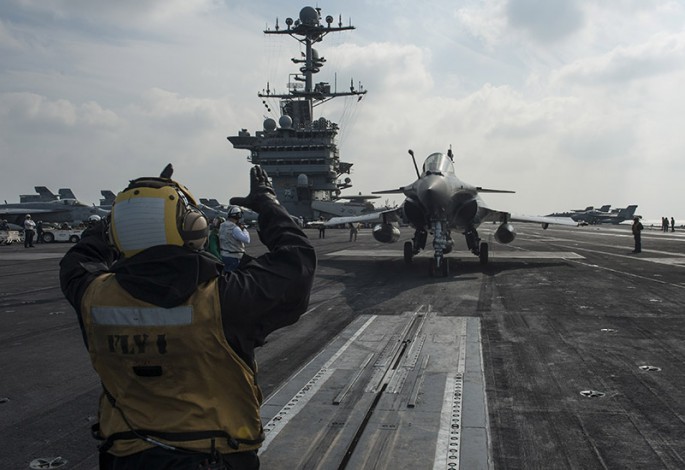 F/A-18E Super Hornet has also returned the visit to the French aircraft carrier as the following image (via militaryphotos.net) shows: 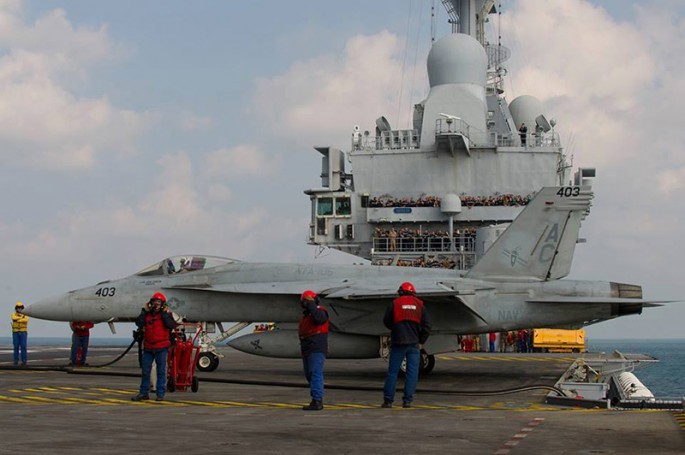 Even the Italian aircraft carrier Cavour, and its AV-8B+ Harrier II aircraft is operating in the same area.

The Return of “Iceman”: Val Kilmer to Appear in “Top Gun” Sequel

Air War on ISIS: coalition aircraft refuel from US KC-135 over Iraq

Take a look at the most beautiful photographs shot from inside U.S. Air Force KC-135s during recent aerial refueling missions over Iraq. 50-year old KC-135 Stratotankers are acting as “force multipliers” over Iraq, refueling coalition […]