On Feb. 19, an Airbus A-400M “Grizzly” testplane made a quick visit to Keflavik International Airport to perform multiple crosswing landings. The Aviationist reporter Eggert Norðdahl was there to take the following pictures of the testing activity.

The Airbus A-400M registration F-WWMZ (c/n. 006), arrived just after daylight (in the morning) and performed multiple crosswind landings followed by taxi back and take-off from RWY 20. During the activities the tactical airlifter was observed performing approaches of approx. 30 degrees of crab, for incredibly short-landing rolls.

Noteworthy, Keflavik had winds from 080 degrees, at 30 knots, with gusting up to 47 knots. 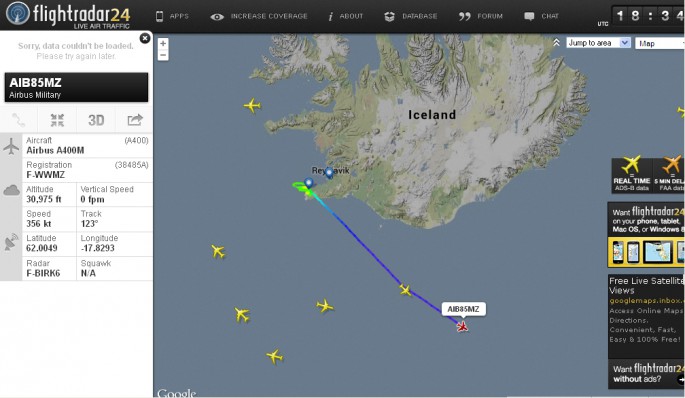 This “crosswind storm” knocked down a brand new GSM Tele-Communication mast at the Keflavík Ásbrú district (at the old US Naval Station Keflavík Military area) – and Swedish JAS-39 Gripen and Finnish F/A-18 fighter jets (involved in IAM-2014) temporarily based at the airport were forced to cancel their sorties. 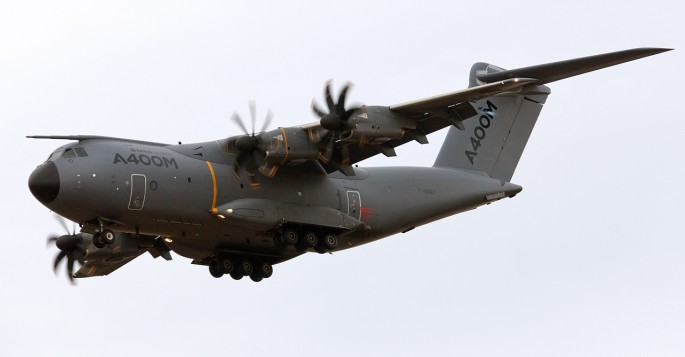 Only a few Norwegian “Shark” aircraft (F-16s) (as wel as a Dutch KDC-10 tanker) took off to perform their “Iceland Air Policing” mission.

The Airbus Grizzly also performed four landings on RWY 11 (into the wind) then pulled in for fuel-stop (and Customs checks) and perhaps a little rest. Later on the same day it took off again and finally daparted back for Europe. 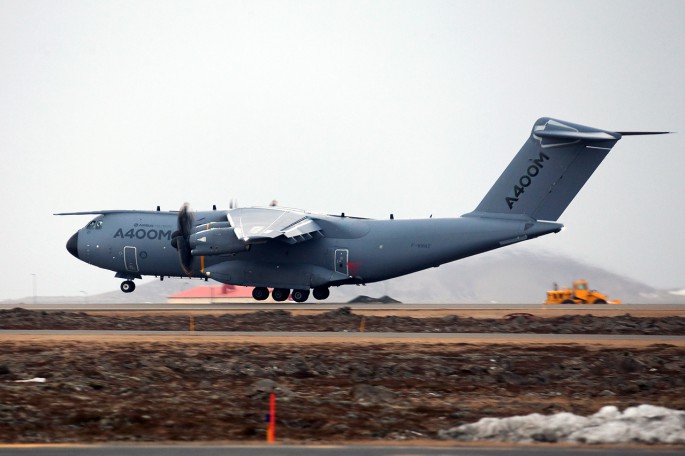 According to the Joint Stock Company UAC (United Aircraft-building Corporation), Russia has produced more combat aircraft than the U.S., in 2014. As reported by Russian media outlets, in an interview with Ekho Moskvy radio station, […]