Thanks to the F-16’s bubble canopy, which lacks front frames, “Viper” pilots can take the most stunning selfies among fighter jocks.

Here’s another epic self-portrait. It was taken by a Royal Norwegian Air Force pilot flying with the 332 Skv during an Exercise Cold Response 2014’s mission over Tromso fjord.

You probably remember the famous “selfie” taken by a Danish pilot while firing an AIM-9 Sidewinder. 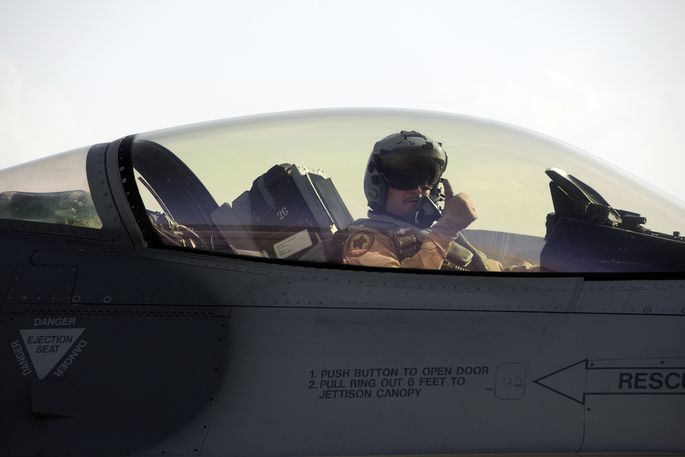 The Lockheed Martin F-16 is equipped with a large single-piece bubble canopy which features no forward bow frame. The pilot sits on an elevated 30° inclined ejection seat (to improve G tolerance) that, combined with the bubble canopy, provide what is by far considered the best 360° visibility of any combat plane in the world.

The perfect plane for cool “selfies”.

By the way, GoPro cameras have taken this kind of photographs to a completely new level.

On Nov. 4, a Dutch F-16 strafed a control tower on Vlieland Island Vliehors shooting range by mistake. It was not the first time such incident occurred. The plane was to attack a target located within the […]