Finally, the Press briefing by NATO Spokesperson and Brig. Gen. van Uhm (Chief Allied Ops at SHAPE) on Libya operation, provided some detailed information about Unified Protector. I’ve listened the whole briefing, that was immediately made available on the NATO website and these are the most interesting points. Obviously, it doesn’t explain why NATO has been so cautious since it has assumed the leading role of the campaign but the briefing give us an idea of some of the problems the alliance is facing in Libya. I don’t believe the problem lies in the withdrawal of the US attack assets. At least not completely. France, Britain, Canada, Denmark, Belgium, and Norway are performing strike sorties and, if required, other nations could perform the air-to-ground role with the assets already in theatre. The main problem the alliance is facing is probably that the NATO planes are asked to provide cover in a typical TIC (Troops In Contact) scenario without troops on the ground or direct contact with rebels. Identifying targets from above, without someone clearly explaining what to hit and what not to hit, it’s extremely difficult and dangerous.

Most interesting things from Q&A part of the briefing:

A journalist asked if it is normal that US drones, the entire French aeronavale group with 1 aircraft carrier, submarines and with 16 planes, other US amphibious ships, etc. are under national command and not under NATO one. Gen. van Uhm answered that NATO is controlling those assets that were formally transferred under its command. A lot of follow up questions led to a clear statement: on a national basis, maritime or air escort missions to humanitarian operations are conducted. These are national ops coordinated with NATO because nothing happens without NATO knowing it. However, every strike would be directly under NATO command. “The coalition is over, NATO is in command”. NATO is using those assets that were formally transferred under NATO command. There are national assets in the area and if partners want to use them, they can transfer them under NATO command or they have to coordinate them with NATO.

A media representative asked why the number of strikes dropped from 58 to 14 in the last 24 hours and the NATO spokesman explained that the figures of the previous days comprised all strike sorties, even those intended to identify targets without dropping munitions, while the 14 of Apr. 4 were those in which the allied planes had hit ground targets.

Dealing with the Brega blue-on-blue incident: NATO has looked into the evidences. It was an unfortunate episode, a fault on the rebels side as they affirmed too. Some younger and more enthisiast rebels made some celebratory fire towards the allied aircraft with an anti-aircraft gun. Now the rebels are bringing more experienced people in the front line. No further details can be unveiled on type and nationality of the aircraft involved in the “friendly fire” episode.

After the change in command, the operational tempo continues unabated: since NATO took over, 851 sorties and 334 strike sorties were flow. The firepower used at the beginning of the war can’t be compared to the one provided by NATO now, because the situation has changed. However, Gen. van Uhm affirmed that NATO roughly generated the same amount of sorties of the coalition at the early stages of Odyssey Dawn.

NATO as an alliance has no contact with the TNC (Transition National Council) even if three partners  (France, Qatar and Italy) have recognized it.

Gaddafi’s forces are changing tactics. They use a light equipment in the front line and use the heavy ones in the “second echelon”. This means that they are hiding it in urban areas and, without even targeting them, NATO is preventing them from using it  against civilians.  The impact of NATO strikes on Gaddafi’s forces? The assessment done estimates 30% of the military capacity of the pro-gaddafi forces was taken out.

Whilst arms embargo is performed by NATO on both air and maritime movements, enforcing arms supplies on the land is not possible without “boots on the ground”. For arms coming by land, NATO has to rely on neighbouring countries even if Gen. van Uhm explained the alliance hasn’t any information what they are doing or if they have seen violations on arms embargo.

Misratah is NATO number 1 priority. Humans are being used as shields over there. Tanks are dispersed.

How many aircraft the US has taken out? “Strike assets” was the answer the NATO spokesman gave. About UK strenghtening its contingent with 4 extra Tornados: “We are happy a nation has decided to bring more planes for air strikes”.

All told, since operations began on March the 19th, the U.S. has flown approximately 1,600 sorties, which includes more than 600 strike missions. The U.S. strike mission ended yesterday evening, as you all know, but we will continue flying support missions under NATO leadership, and we will remain on alert for emergency strike missions, if requested by NATO.

About the daily cost for the US taxpayer:

I don’t have updated numbers for you. I mean, we’ve spoken, over the last week, about what the — what the tallies are that we have. I think it was roughly through the first eight days of operations, the cost — and the secretary relayed this to Congress last week — that came to about $550 million. That does not include the F-15 which crashed.

Dealing with the contacts with the rebels: 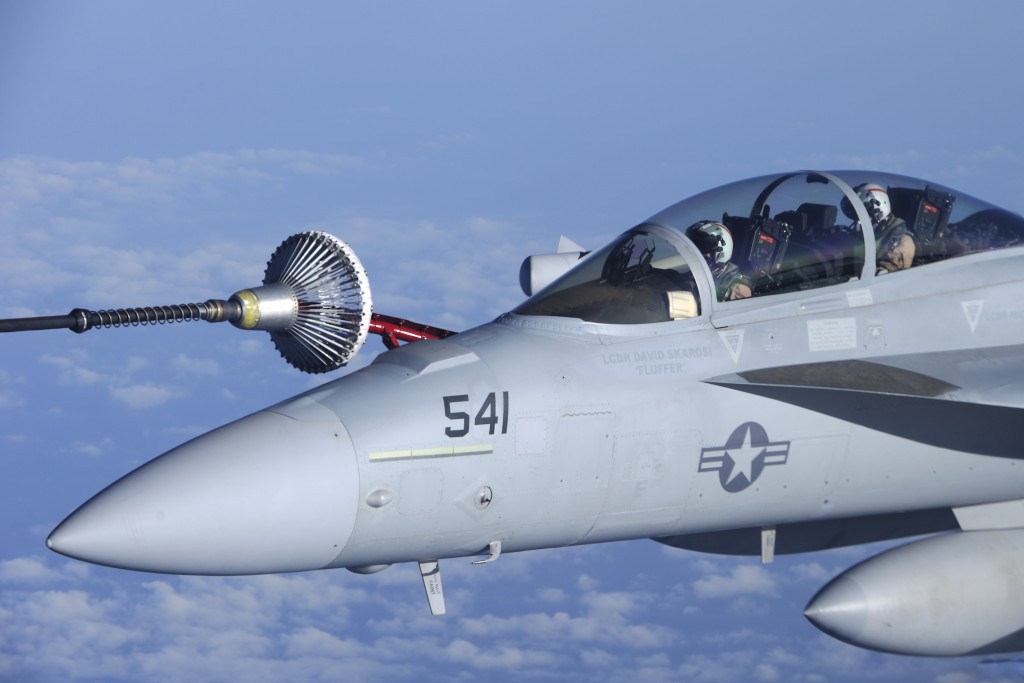 2) Daniel Silic, a reader of my daily briefings sent me, among the other interesting comments, the following text (whose source is Al Jazeera) about the “complaints” from rebels military commander Abdel Fatah Younis, who was particularly critical of the role played by NATO so far.

We also informed NATO about these groups that are trying to sabotage the fields. We told NATO about them, NATO says we cannot shell them when they are in the oil field.

But these people are on tarmac, and it would not influence the oil fields, but unfortunately they were not bombed.

Of course NATO is helping us sometimes, but they are taking their time, and we are giving the coordinates of these forces that enter cities, but there is slow action, which allows invading forces to enter a city, burn it down, kill everybody and then leave the city.

We have some MiGs and helicopters that we have repaired, and we ask if we can fly these warplanes. NATO forbids us. They are not letting us help, or helping themselves. Broadcast this to the world, so that people will know that NATO is not supporting us.

Unfortunately, and I sorry to say this, NATO has disappointed us. My staff have been in contact with the NATO envoys to direct them to targets that should protect civilians, but until now, NATO has not given
us what we need…

Civilians are dying daily in Misurata because of lack of food or milk, even children are dying. Even by bombing. If NATO waits for another week, it will be a crime that NATO will have to carry. What is NATO doing? It is shelling some defined areas only. […]

3) The cost of Unified Protector is huge for each air force involved in the enforcement of the No Fly Zone and the operational commitments come before any airshow. For this reason some airshows around Europe were officially (or not yet officially) cancelled. For example, the Frecce Tricolori season opening on May 1, 2011 should not be a public event. Noble Ardent, TDPU Kleine Brogel and a few more were cancelled too. NATO Tiger Meet should not be affected

4) During the last 24 hrs, the Italian contingent flew 8 missions, each involving 2 aircraft: 4x Harriers from the Garibaldi aircraft carrier, 3x Tornados, 1x Eurofighter Typhoons.
The RDAF F-16s based in Sigonella flew 4 missions dropping 8 PGMs on ammunition and missile depots south of Surt/Sirte. Since the beginning of the operations, the Danish have completed 58 missions delivering 134 bombs.
For what concerns the French contingent, during the evening of Apr. 4, a mission of Rafales and two joint Rafale / Mirage 2000D missions, supported by 2 C-135s, and two joint Rafale / Super Etendard missions supported by a couple of Rafales in tanker role, along with a reconnaissance mission by a patrol of Rafales, operated under NATO command over Libya. On Apr. 5 two joint patrols of Rafale and Mirage 2000D, a joint patrol Rafale / SEM and a SEM patrol flew air interdiction missions in the regions of Misratah and Brega. During one such mission, a strike was conducted on a military vehicle located about fifty miles southwest of Brega. In addition, a patrol of Rafales carried out a reconnaissance mission while 2 C 135s, 2 Navy Rafale and 1 SEM operated in tanker role, and E-2C Hawkeye and E-3F provided support and coordination of these missions.
From Souda, the French Air Force flew 3 missions each made by a FAF and a QEAF Mirage 2000-5.

Exclusive: F-16 gets killed by Typhoon during air combat training in first Eurofighter HUD capture ever.

The following screenshot comes from a video recorded by the HUD (Head Up Display) of a Eurofighter Typhoon and it is the first (and only) Typhoon HUD capture ever made public. It shows an F-16 […]

Since a lot of visitors of this website are interested in Italian Air Force Heraldry, I’ve decided to publish images of the new patches produced by the various operative units of the Aeronautica Militare (Italian […]