Let me start Day 11 Debrief with a provocation: is the partial retreat of the rebel fighters, who found the fierce opposition of the pro-Gaddafi forces on their westward advance, a consequence of a more cautious use of the force caused by the change of command? Obviously, my guess is far-fetched and my aim is only to stimulate debate but I think that when NATO will finally take over the full control of the war (arms embargo, No-Fly Zone, ground attacks to protect civilians), an accurate selection of targets in order to keep Unified Protector within the mandate of the UN resolution could somehow slow down the oppositors who, in the last days, had obtained important gains also because of the intervention (someone said “cover”) of the coalition aircraft. Pentagon spokesman Vice Adm Bill Gortney said that the military gains made by rebels would be tenuos because, not being part of a military corps, they are not well organised. 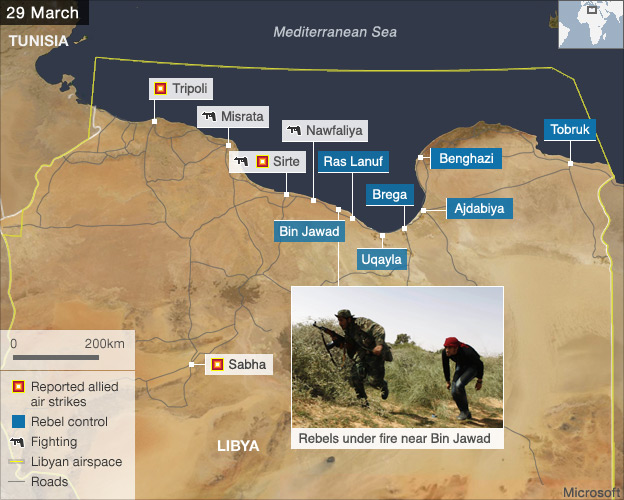 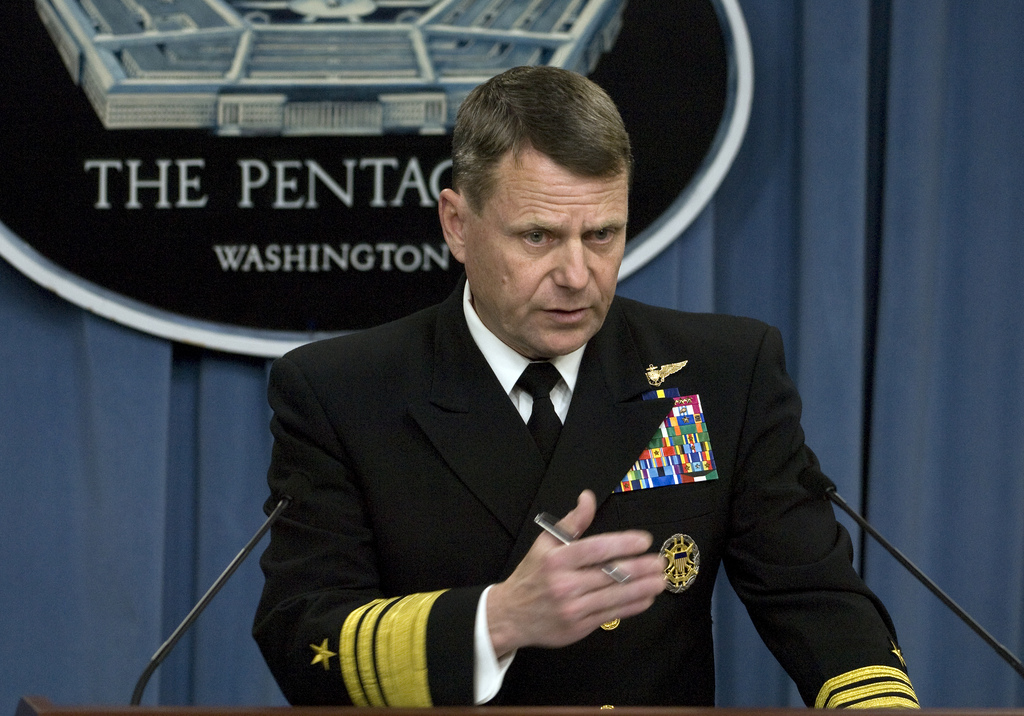 Anyway, Misratah, Sirte and Tripoli are those towns where allied air strikes concentrated: coalition forces launched 22 Tomawk missiles and flew 115 strike sorties in the last 24 hours according to the Pentagon. 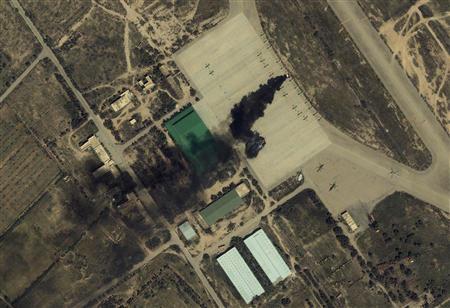 Noteworthy is the news that Unified Protector saw its first maritime strike during Day 11: a U.S. Navy P-3C patrol aircraft, an A-10 from the 81FS deployed to Aviano, and guided-missile destroyer USS Barry (DDG-52) engaged a Libyan Coast Guard vessel Vittoria and two smaller crafts after confirmed reports that Vittoria and accompanying craft were firing indiscriminately at merchant vessels in the port of Misrata, Libya, during the evening Mar. 28, 2011. According to the press release of AFRICOM, the P-3C fired an unspecified number of AGM-65F Maverick missile  (infrared targeting version optimized for ship tracking) at Vittoria, after multiple explosions were observed in the vicinity of the port, forcing the 12-meter patrol vessel to be beached. An A-10, using its 30mm GAU-8/Avenger gatling cannon destroyed one the two small craft rendering the other one ineffective (it was later abandoned) while Barry guided-missile destroyer managed the airspace and mantained the maritime picture providing attacking aircraft with the required situational awareness.

Let me underline two key things of this action:

1) Around 18.55 LT, AFP news agency reported the news of seven explosions shaking Tajoura, Tripoli. A resident told that planes fired missiles at a military radar installation, while another reported seeing flames and a column of smoke afterwards. Looks like that some mobile/hidden radars are still active in the eastern suburb of Tajoura, where the AGM-88 HARM missile fin was found as explained in yesterday Debrief.

In Monday’s press update VADM Gortneygave some interesting details about the SAM activities recorded by the coalition:

We also struck some pre-planned targets around Tripoli and Sabha, mostly ammunition stores and bunkers, though we did take out an SA-6 mobile surface-to-air missile site in Tripoli as well. I’m told, over the last 24 hours, the coalition has flown 178 sorties, the majority of which were strike related. And just as I briefed you on Friday, our coalition partners continue to increase their participation.

Last night, we have reporting of a — what we think is a ballistic missile launch of maybe an SA-2 or an SA-3. It was a pilot’s in-flight report. We’re investigating that. That’s the only one that I’m aware of.

I will tell you, as a — as an aviator, every time you’re flying over hostile countries, you’re assuming you’re being shot at. The triple-A [anti-aircraft artillery] — there’s a lot of aimed triple-As up there and unaimed triple-As and — as well as a significant number in the thousands of MANPADs [man-portable air-defense systems], IR [infrared] missiles. Those are the threats, and they’re looking for them. And you have to assume that they’re coming out there. But of the reports, we only — I only know of that one from last night.

2) La Repubblica.it website unveiled in its daily Libya Live updates that during the night of 28th and 29th, an F-16 deployed to Aviano and involved in Unified Protector declared emergency on arrival at Aviano. Even if the aircraft landed safely, the emergency plan was activated most probably because the aircraft uses Hydrazine, a colorless liquid (for more info click here) that feeds the electrical systems and the EPU (Emergency Power Unit) in case of engine failure. Should a flame-out occur, hydraulic and electrical systems are fed by the electrical current generated by the EPU, activated by the engine or by a system propelled by hydrazine. Hydrazine is highly toxic and highly inflammable, and can be dangerous for the health of whom is accidentally exposed to it. Each squadron and airbase equipped with F-16s must be able to manage engine emergencies requiring the EPU using methodologies that do not leave space to improvisation. For more information on how the Hydrazine emergency plan developed at Cervia airbase in 2004, when the base hosted the F-16s of the 23° Gruppo can be found here.

3) The RDAF has dropped 81 bombs providing 5% of the overall effort. Most important, the post-strike reconnaissance shows that no collateral damages were caused by the Danish. As of March 28, Norwegian aircraft had participated in 9 missions engaging military ground targets. On a Day 11 briefing, the UK Chief of Defence Staff’s Strategic Communication Officer, Maj-Gen John Lorimer, said that in the morning 2 Tornado GR4s operating out of Gioia del Colle conducted armed reconnaissance and combat air patrols over Libya. “During the mission near Misratah, one Libyan armoured fighting vehicle and two artillery pieces were engaged with Brimstone missiles. Initial reports indicate that the engagements were successful”. Two missions were flown by the RAF Typhoons providing combat air patrols. CAF Hornets destroyed an ammo depot 92 km south of Misratah in the night of Day 10 and 11, while on Day 11 one of two CP-140s now deployed flew its first Maritime patrol sortie off the Libyan coasts.
Dealing with the Italian contribution to Unified Protector, on Mar. 29 the activity comprised two missions of Eurofighter F-2000A Typhoons belonging to the 4° Stormo which performed CAP (Combat Air Patrols): the first one took off at 11.00LT and landed at 13.30LT, while the second took off at 12.30LT and landed at 14.30LT. Two maritime air defence missions were flown by pairs of AV-8B+ Harriers of the Italian Navy operating out of the Italian aircraft carrier Garibaldi. Two missions involving 2 Tornado ECRs and air-to-air refueling platforms (KC-130J and Tornado IDS) were flown too.

4) FAF is continuing its support to the QEAF Mirage 2000s based in Souda Bay with 4 Mirages deployed there that are flying two daily CAP missions along with two Qatari fighters. As the French MoD (kudos for the information and pictures, like those on these pages, rendered available through its website) underlines, between the two air forces there’s a strong relationship: since January 2011, two French fighter pilots are assigned to Qatari squadrons (flying Mirage 2000-5 and Alphajet); furthermore, bilateral tactical training period lasting two weeks is regularly held in Qatar as happened in 2010, with Exercise “Al Koot” held in Qatar from Nov. 26 to Dec. 16.

The evening of 28 March was marked by a strike carried out on an ammunition dump located in the region Gharyan, some 100 km south of Tripoli which saw the partecipation of 5 Rafales, 4 Mirage 2000Ds and 1 Super Etendard supported by C-135s and E-2 Hawkeye. On Mar 29, a similar force, supported by 4 tankers and 1 E-3F, hit a SAM site located at a hundred kilometers southwest of Tripoli. Reconnaissance was provided by 2 Rafales from Charles De Gaulle aircraft carried and 2 Mirage F-1CRs with recon pods operating out of Solenzara airport.

5) Sweden is about to deploy a contingent that should be made of 8 JAS 39 Gripen from 1’st div F17 at Ronneby and a supporting C-130 and one S-102B Gulfstream IV (ELINT platform). As someone emphasized, the arrival of the Gripen in the Mediterranean, marks the arrival of the 4th (maybe 5th if we consider also the UAE F-16E/F Block 60) contender in the Indian Air Force Medium Multi-Role Combat Aircraft (MMRCA) Competition….