Do you remember the Iranian stealth jet that was unveiled in 2013 and looked like a fake plane? Well, it would be in the final stages of production according to Tehran.

Little more than 4 years ago, Iran unveiled the Qaher F-313 stealth fighter jet “one of the most sophisticated fighter jets in the world,” according to Tehran.

Even if Iranian media outlets published articles that listed the aircraft’s top features, based on the first images released on Feb. 2, 2013, we explained that the Qaher was just a mock-up that would never fly unless it was extensively modified and improved.

In fact, the cockpit seemed too basic for a modern plane, the air intakes too small , the engine section lacked any kind of nozzle (meaning that the engine, with or without afterburner) would probably melt the aircraft’s back-end) and, generally speaking, the aircraft was way too small. Some of our readers may remember a photo of an Iranian pilot sitting in a cockpit that could not fit a normal-sized human being. 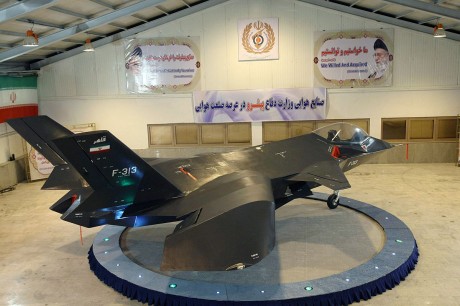 Almost nothing about this jet has emerged since then, besides a single shot that allegedly showed the Qaher being moved to be prepared for taxi tests.

Until, Mar. 5, 2017, when Iran’s defense minister, General Hossein Dehqan, claimed that work on the domestic radar-evading plane is complete and the Qaher is now ready for testing, as reported by the Iranian semi-official news agency Fars News.

We have just widely explained that the flying aircraft shown in a video released in 2013 is a radio controlled model and that some our Iranian readers have said that the one displayed 4 years ago was not intended to be an actual plane but a drone.

Noteworthy, unlike it described the homemade F-313 when it was first (somehow) rolled-out, Fars News is today a bit more prudent: “Qaher is a logistic aircraft for short distances and is a light fighter jet used for military and training operations. Some military analysts have stated that Qaher is a fifth generation aircraft.”

Manned or unmanned, for what we have seen so far, the Qaher will hardly take to the air. However, Iranian engineers have already proved to be able of some impressive works: for instance, the Islamic Republic of Iran Air Force (IRIAF) remains the world’s only operator of the Tomcat, a type of interceptor that Tehran has been able to kept airworthy and somehow enhance with some domestic avionics upgrades and weapons throughout the years in spite of the embargo imposed after the 1979 Revolution. Moreover, Iran has been able to successfully produce and export several UAVs (Unmanned Aerial Vehicles), some of those have been extensively used in combat over Syria, others, allegedly based on the captured U.S. drones.

So, let’s wait until some new image or footage of the F-313 is unveiled to see if the latest claims are based on a real aircraft with real capabilities or it’s just domestic propaganda. 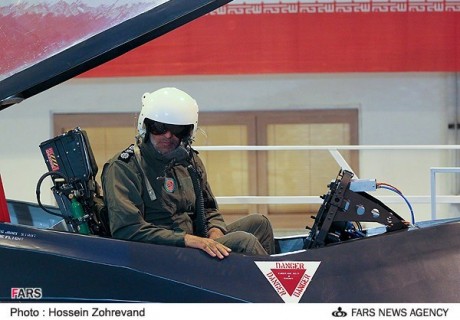 Some interesting screenshots, taken from a documentary about the Great Prophet 7 exercise held in Iran last week and sent to me by some visitors of the blog, expose several new types of drones currently […]

According to the information being spread by Chinese Defense forums, a group of 17 Chinese expert would have recently arrived in Iran not only to inspect, but also to collect and bring back to China […]

A Brief History of Airliner Shoot-Down Incidents (and Hoaxes).

Let’s Examine the Dangerous History of Civil Airliner Shoot-Downs by The Military. As we have reported yesterday, U.S., British and Canadian officials are “confident” that Iran (mistakenly) fired two surface-to-air missiles at the Ukraine International […]