A better look at the images of the Iranian drone emerged so far highlighted something interesting.

New screenshots coming from Syria give a better view of the Shahed 129 spotted over Damascus on Apr. 10.

Noteworthy, such photos show that the version used by the Syrian Armed Forces of the made-in-Iran UAV (unmanned aerial vehicle), is sensibly different by the one unveiled in September 2013 in Tehran.

Indeed, the remotely piloted aircraft features a nose section whose shape resembles that of a U.S. Predator/Reaper and a tall antenna mounted on top of it.

Judge by comparing the image on top with the following one: 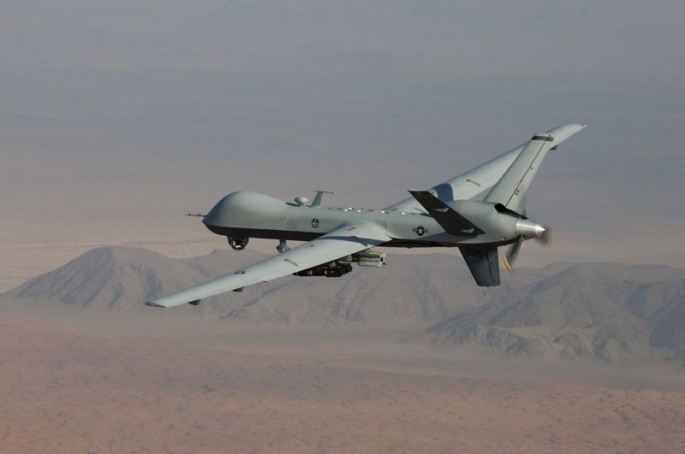 This seemingly extensive modifications make the drone’s front part more similar to an MQ-9/1 than a Israeli Hermes 450 model.

Iran is not unfamiliar with domestic modifications to western drones: they have been able to recover/capture some U.S. remotely piloted aircraft, including a Scan Eagle (and the famous stealthy RQ-170).

The question is: did they put their hands on some parts of an MQ-9 as well?

H/T to Kasra Ghanbari for the heads-up

The U.S. Air Force Established A Permanent Base For MQ-9 Reaper Drones In Romania

An unspecified number of MQ-9 Reaper unmanned aircraft will be base at Campia Turzii Air Base, from where they will perform a variety of missions over the region, including the Agile Combat Employment. The U.S. […]

Predator UAVs have often been the subject of articles published on this site as drones are some of the emerging technologies of the modern battlefield. Recently, the Aeronautica Militare opened the Ground Control Station (GCS) […]