Another day, another Iranian drone is unveiled. Sometimes, more than one.

On Sept. 27, Tehran displayed a weaponized version of the Shahed 129. On Sept. 28, the Iranian Army Ground Forces received three new models: the Mohajer M2, the Raad 85 suicide drone and the Yasir, a modified copy of the Boeing ScanEagle.

On Dec. 5, 2012, Iran’s Islamic Revolution Guards Corps (IRGC)  Navy Commander Rear Admiral Ali Fadavi announced that they had captured a ScanEagle drone that had violated the Iranian airspace over the Persian Gulf. 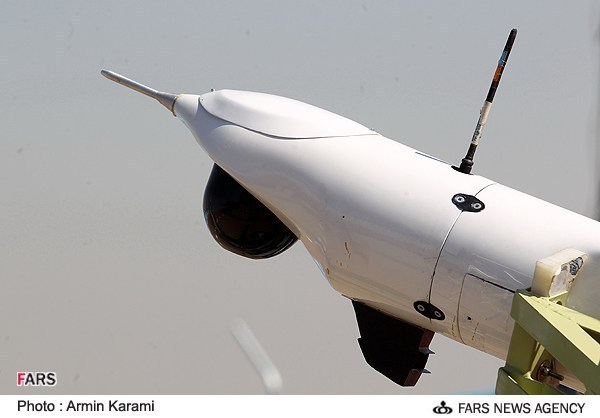 The ScanEagle is a small, low-cost robot with a 10ft wingspan built by Insitu, a subsidiary of Boeing. It can stay aloft for more than 20 hours, at a cruising speed of 60 knots, it’s equipped with sensors that can provide real time video feeds to mobile ground control stations within 100 km range and can be catapulted from ships through a pneumatic wedge catapult launcher (as done by the U.S. Navy).

At the end of the mission, it is retrieved using a “Skyhook” system in which the UAV catches a rope hanging from a 50-foot high pole with a wingtip hook. 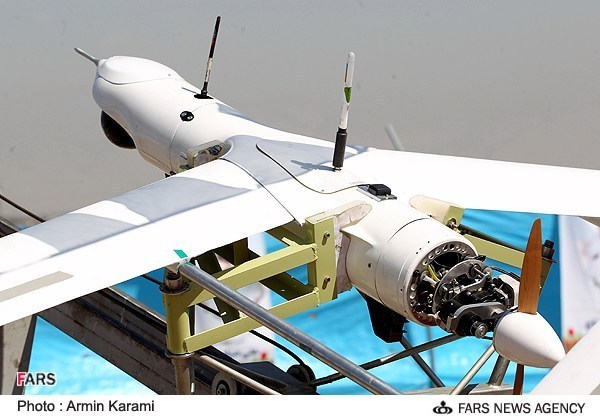 Interestingly, the Iranians have modified a little but the ScanEagle, by adding a twin-tailboom empennage and an inverted v-tail elerudder similar to that of the RQ-7 Shadow. Several Yasir drones (some of those partially disassembled to be carried in a suitcase) were displayed in Tehran meaning that production for this modified ScanEagle has been proceding. 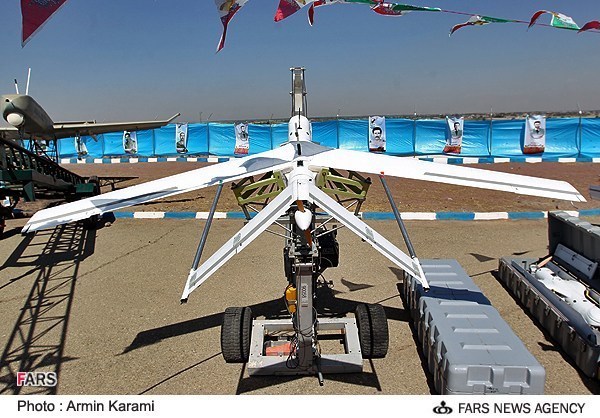 Iran has just released footage that proves it has, if not literally decoded, at least accessed some of the data stored inside the U.S. stealthy RQ-170 drone captured in December 2011. The video, that was […]

Footage filmed in Syria once again shows a made-in-Iran drone flying over Damascus. A “Shahed 129″, type of drone based on the Israeli Hermes 450 model or the Watchkeeper 450 model, but larger than those […]