This is the first time a 360° camera has been attached to the outside of a fighter jet flying at supersonic speed.

The clip below was shot by famous aviation video producer Artur Sarkysian for MigFlug, the company that offers fighter jet flying experiences to their customers.

One of the most famous experience they offer, the Edge of Space mission, takes people who want to experience a kind of flying reserved to fighter pilots (or, in same cases, astronauts), with their MiG-29UB Fulcrum, to the Stratosphere, through a parabola that helps the famous Soviet-era jet (still serving in Russia, Ukraine, North Korea, Poland, Syria and Iran, among the others) reaching at a top speed of about Mach 1.9 and an altitude of 65,000 feet!

Although we have already posted some cool footage of the MiG-29 zooming beyond its service ceiling, here’s something new: the Edge of Space flight experience in 360° video.

The new video has been recorded earlier in winter 2016 in Nizhny Novgorod, Russia – with a paying MiGFlug customer from Switzerland, with a Samsung Gear 360. Once again, MiGFlug and Sarkysian continue to innovate. 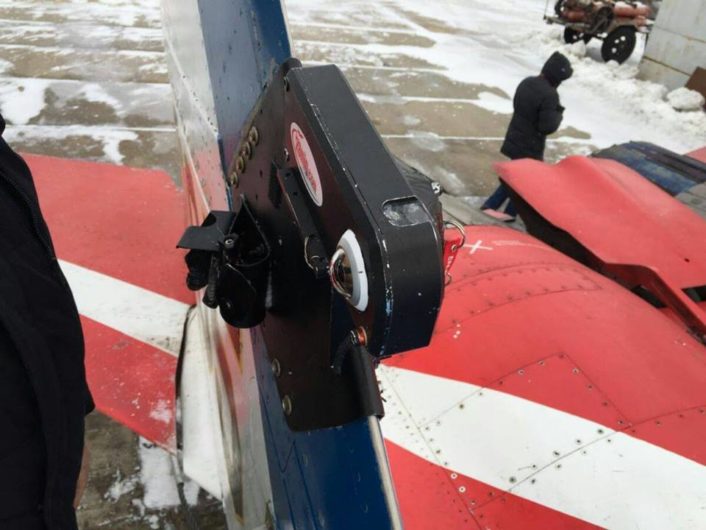 What makes the clip intesting is the possibility, using a browser, of literally moving around the aircraft to observe the flight, from take off to landing, from several different points of view.

By the way, MiGFlug does also offer flights in the Baltic Bees display team. Click here to learn more.

Anti-skid lockup on a Mig-29 documented by these stunning photos. Taken at Kecskemet airbase in Hungary in 2003, when the Hungarian Air Force operated the Fulcrum fighter jets (later replaced by the SAAB Gripen), the […]