The three aircraft are among the airframes that were dismantled at Belbek airbase, near Savastopol, and relocated to the mainland Ukraine, when Russian forces invaded Crimea.

The Mig-29s were reassembled and put back to flight status to replace the Fulcrums downed during the clashes with pro-Russia separatists in eastern Ukraine. But, before they the rest of front line fleet of the Ukrainian Air Force, the jets are getting a brand new, more modern, “digital” color scheme. 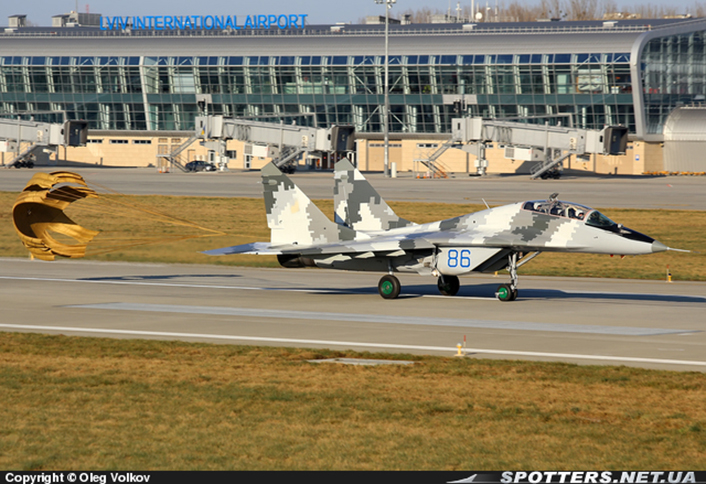 Filmed during Zapad 2013, the “Immense” Russian – Belarusian military exercise that took place last month in Eastern Europe, the following footage shows a Russian Navy warship reacting to a visit by a seemingly unarmed […]

No matter you believe the legend of the “Ghost of Kyiv” or not: it has become the worldwide emblem of the Ukrainian resistance and is now the main character of many interesting artworks. We already […]