There are reports that Belbek airport has been surrounded by an unknown militia.

Although civilian flights were suspended in 2007, the airfield, currently guarded by unknown troops is known as Sevastapol International airport.

Its current occupants are the Ukranian Department of Defence and specifically the 204th Tactical Aviation Brigade of the Ukrainian Air Force, equipped with the Mig-29 Fulcrum.

The airfield itself is a few kilometers north of the strategically important port of Sevastapol and has a 3,009 mt (9,863 ft) long runway which can also handle any weight aircraft (indeed, it is described as unlimited maximum take off weight).

Perfect for heavily laden transport aircraft needed to supply a potential air bridge between the Russian Black Sea fleet and Russia itself.

There are also reports that Russian jets are flying combat air patrol (CAP) over the Sea of Azov to the east of the Crimean Peninsula right up to Ukrainian airspace; the airspace over Savastopol is closed. 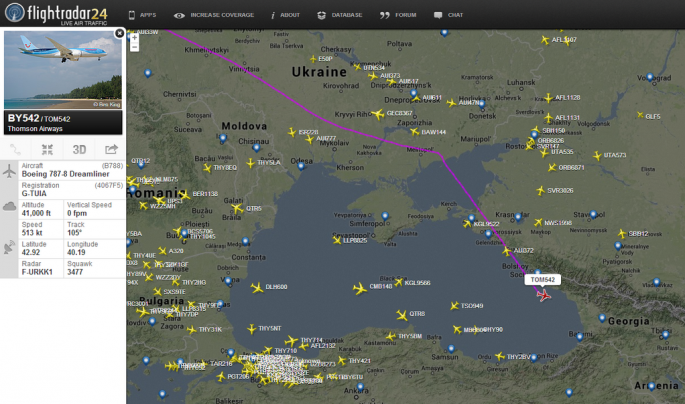 NATO’s build-up continues following the invasion of Ukraine, with multiple fighter jets relocating and reinforcements arriving on the Eastern flank. As we reported in the last 24 hours, following the Russian invasion in Ukraine, NATO […]

The British F-35B stealth aircraft have joined Enhanced Vigilance Activity, the NATO-led mission launched as a consequence of the Ukrainian crisis. The F-35B Lightnings of the Royal Air Force’s 617 Squadron from RAF Marham, have […]

Ukrainian sniper reportedly killed Russian Major General Andrey Sukhovetsky outside Kyiv. Reports surfacing from Ukraine say that a Ukrainian sniper has killed a high ranking Russian officer in the city of Hostomel to the North […]