Photos of a North Korean Mig-29 operating from a highway shows the Fulcrum with a brand new color scheme.

Among the aircraft involved in the drills there is also a Mig-29.

Interestingly, the Fulcrum sports a new color scheme: whereas the bottom of the fuselage has kept the light blue color, the top has been painted with a two-tone gray color scheme.

Here below you can see the “old” livery of North Korea’s Mig-29s. 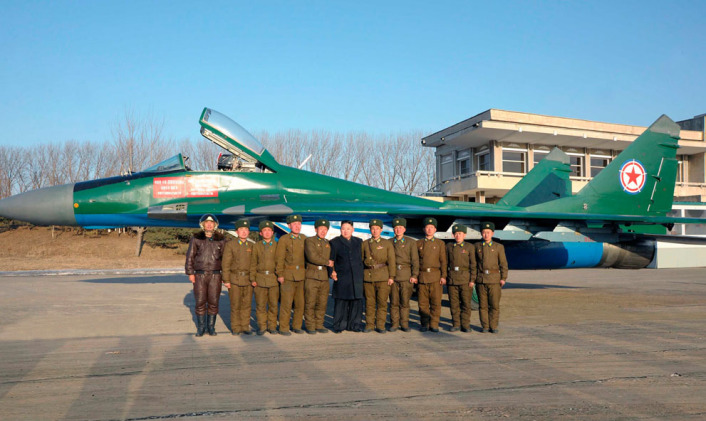 It’s not clear whether the new livery is temporary, or it is going to become a standard within North Korea’s fleet; in 2013, KPAF changed the camouflage of some Il-76s belonging to the state-owned national flag carrier airline of North Korea Air Koryo to reinforce the flying parade over Pyongyang.

H/T to @CombatAir for the heads-up

Meanwhile, in Guam: B-52 bomber is loaded with (dummy) Air-Launched Cruise Missiles