In June, in collaboration with the Polish General Command of Armed Forces, Foto Poork’s Filip Modrzejewski has been involved in an air-to-air photoshoot with the Polish Air Force Su-22 Fitter, F-16 Block 52+ and MiG-29 Fulcrum.

Noteworthy, this was also the very first time that the Polish jets were presented together, in a single flight. 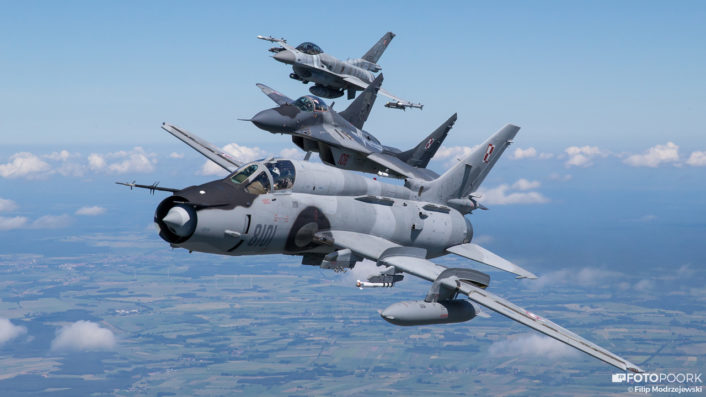 Notably, the F-16 jet depicted by Modrzejewski is the 6th Fighter Squadron’s Tiger Demo Team display airframe, with the CFT (Conformal Fuel Tanks) mounted on top of the fuselage. 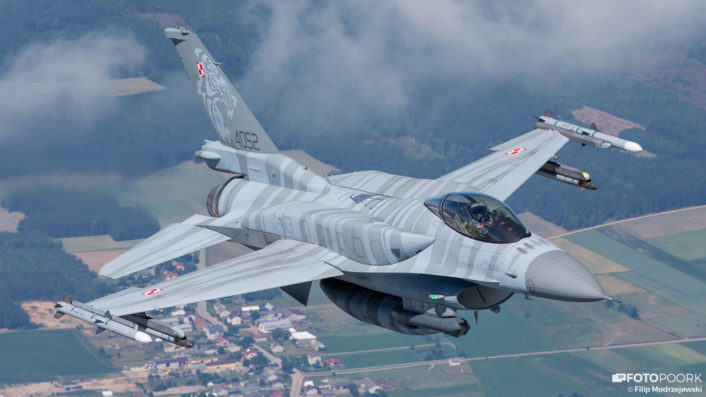 Moreover, the photoshoot also constituted the first opportunity ever to capture the Su-22 Fitters flying with the new, grey paint scheme, from an air-to-air perspective. 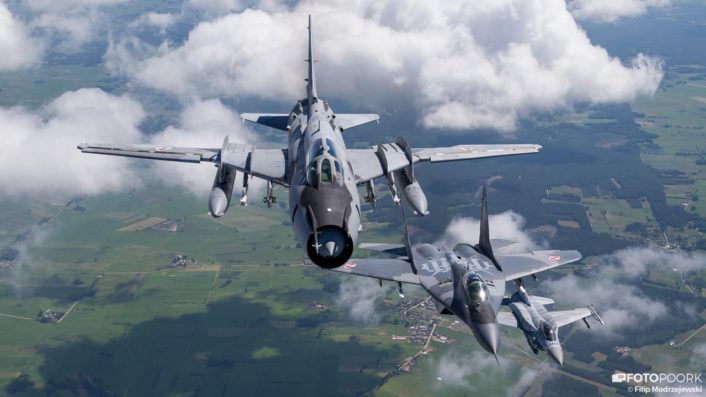 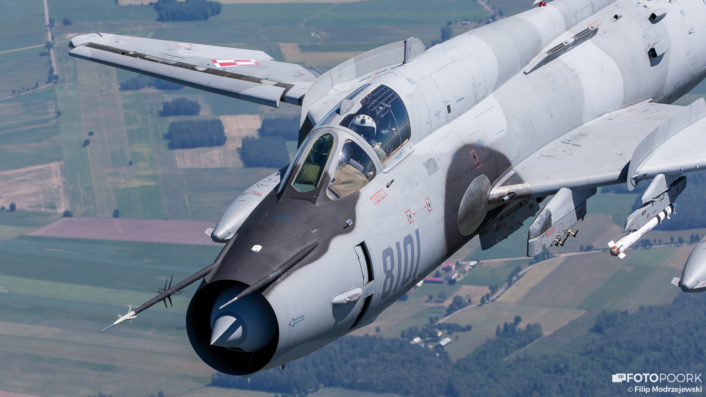 When it comes to the photoship used during the shoot which took place over the territory of Poland, the photographers were flying onboard a Polish Air Force Casa C-295M aircraft, using the back ramp of the cargo plane. 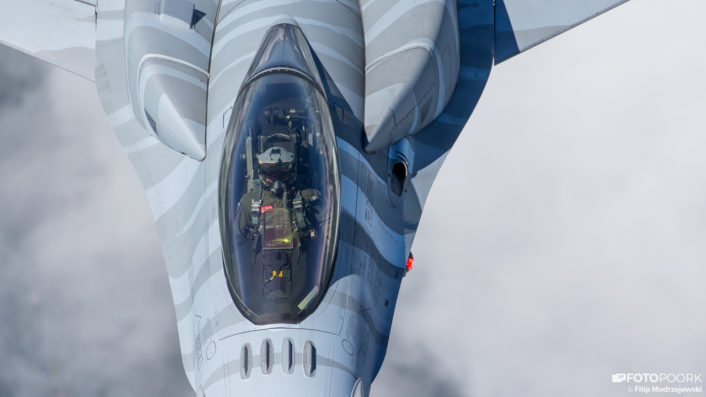 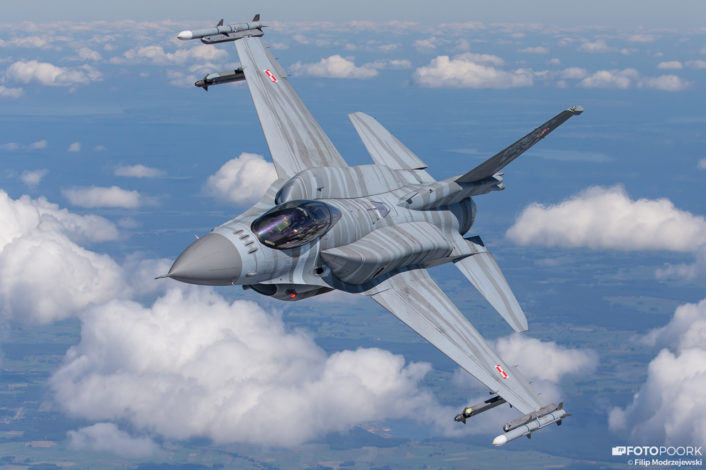 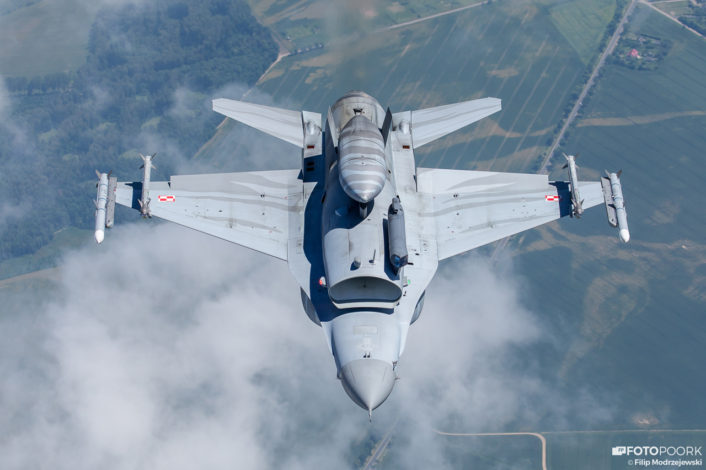 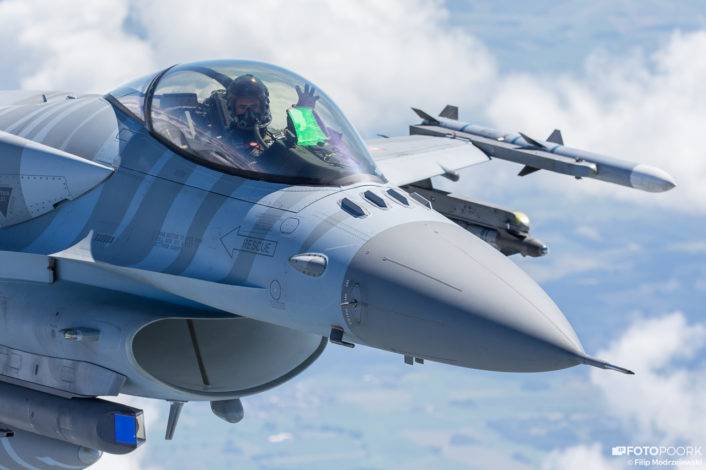 Filip was kind enough to share his shots with us, so that we are able to present you the images depicting the founding elements of the Polish fighter force like you’ve never seen them before. 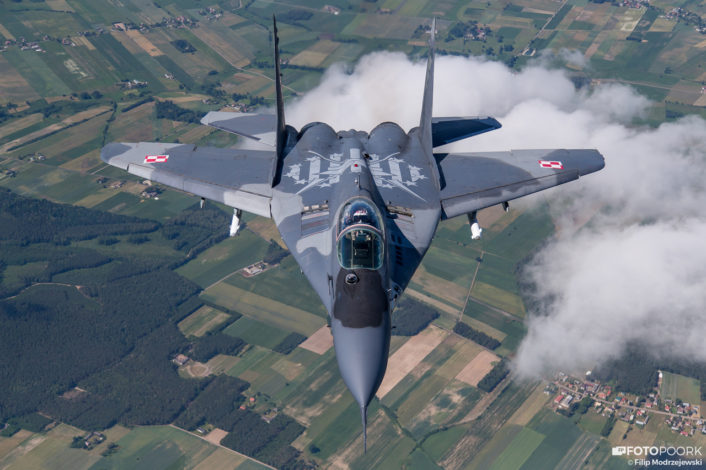 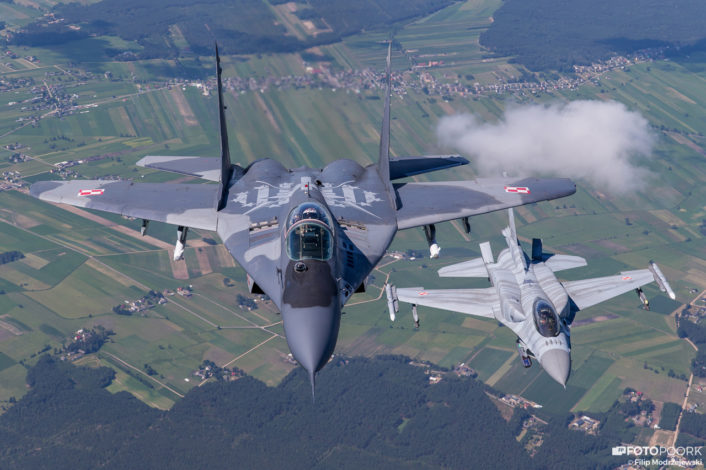 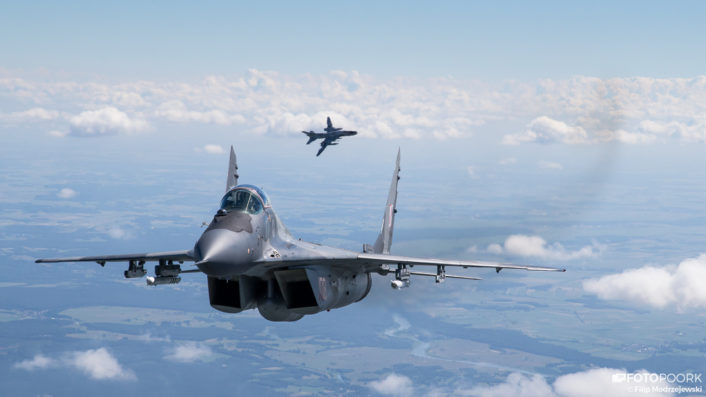