F-16 Block 52+ releasing plenty of flares and all the other highlights of the Leszno Air Picnic.

On Jun. 17 and 18 we visited the Leszno Aeroclub airfield, in collaboration with Foto Poork, during the 10th edition of the Leszno Air Picnic, which is organized annually by the city of Leszno.

The event, strongly focused on gliders and non-powered flight, includes evening/night displays that have become Leszno’s peculiar feature. During this part of the event, the aircraft perform a number of flying displays involving spectacular pyrotechnical and light-based special effects, creating a truly unique and marvelous show. It is the only sunset/night air show organized in Eastern Europe, and one of the two air shows of this kind in Europe in general, besides the Sanicole Show in Belgium. 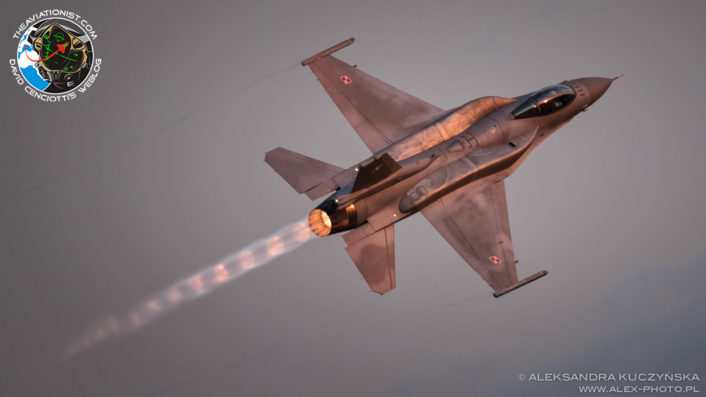 Obviously, even though the night section is the main highlight of the show, it is complemented by a rich daytime flying program: some of the teams usually present their skills twice, both during the day, as well as during the night and sunset segments.

This year’s edition of Leszno Air Picnic was unique also due to some “firsts,” including the display of the Polish Air Force F-16 “Tiger Demo Team.” 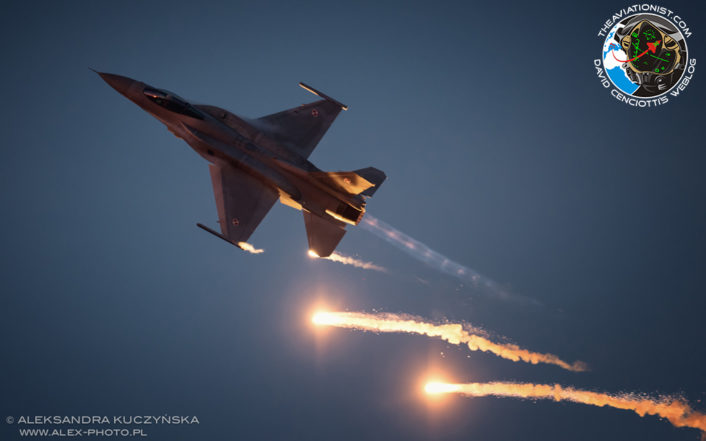 Flying an interesting “sunset” programme that included the release of several flares, Captain Robert “Bluto” Galązka aboard its “clean” F-16 Block 52+ took the stage during the Leszno airshow. 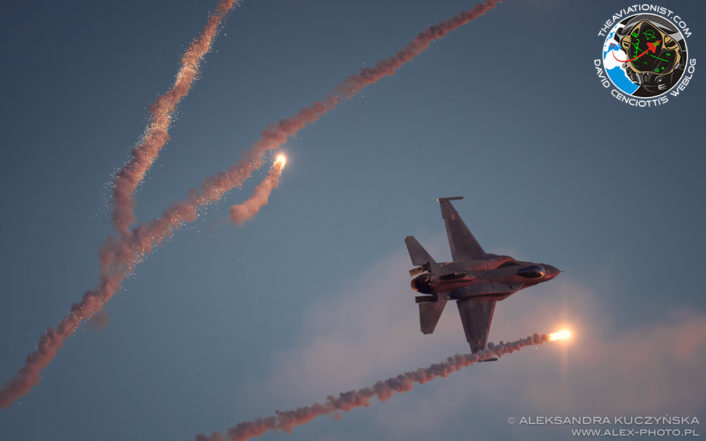 Another unique highlight was a dynamic display of two WW2 fighter aircraft – P-51 Mustang and Yak-3. These warbirds, besides the individual show, also carried out several formation flypasts. 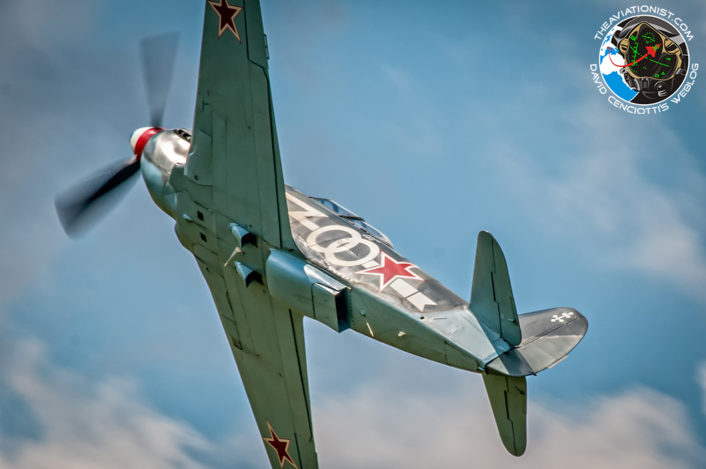 Obviously, the Air Picnic would not be complete without involvement of glider aerobatics. 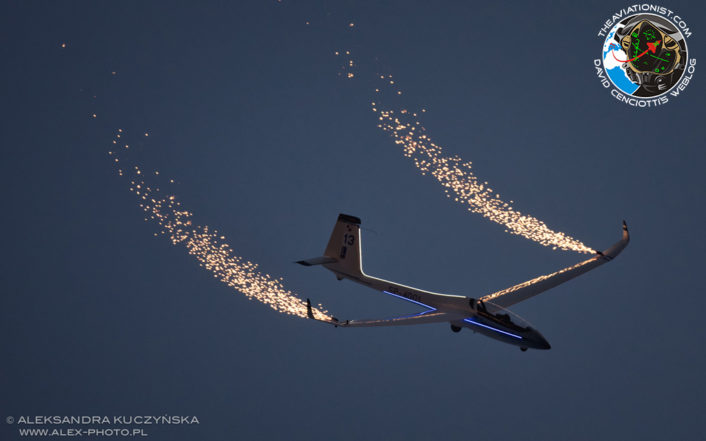 Here, “The White Wings” team hailing from Romania was one of highlights. Their show created almost a romantic atmosphere, demonstrating the beauty of engine-less flying. Additionally, Johann Gustafsson attended the show, presenting his aerobatics program. 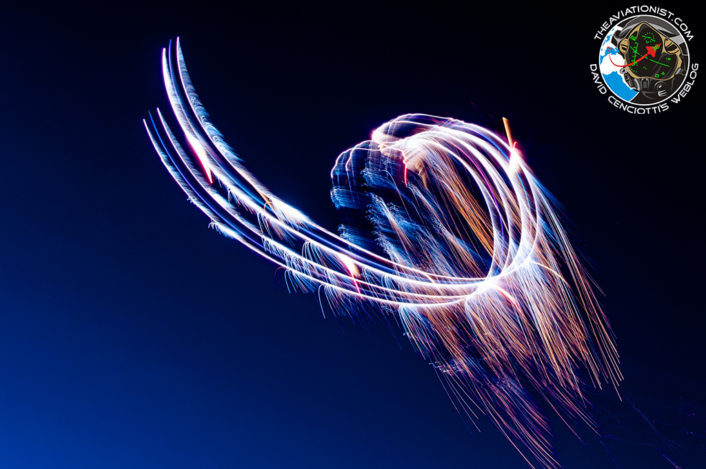 The night portion of the show belonged to two main actors: AeroSparx and FireFlies. Besides the gliders that have displayed awesome light and fire show, the teams mentioned above have brought the display to a whole new level.

This year’s edition of the show was successful also organization-wise. When it comes to the photographing – it is done against the sun during the day. Thanks to the courtesy of the organizers and Foto-Poork team, we also had a chance to take several shots on the other side of the airfield area, and realize an air-to-ground photoshoot from a Cessna 172.

Non-powered flight bears some degree of romanticism and primal nature, it constitutes an amazing “different” thing, which allows you to get some rest during the long air show season, filled with the sound of the afterburner.

We would like to highly recommend the Leszno Show: the organization and program constitute a pleasant surprise of the 2016 season and the event cannot be rated highly enough. 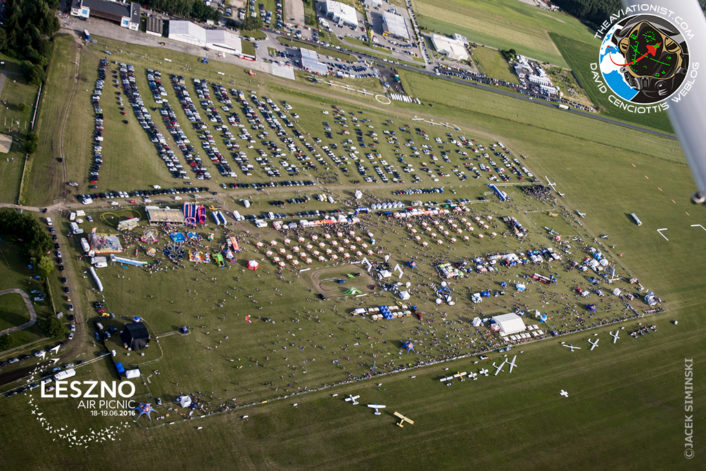 All The Highlights of the Spectacular Aerobaltic 2018 Air Show in Gdynia, Poland.

Many interesting warbirds have taken part in the Polish airshow. Last year the Polish Aeropact company organized the first edition of a beach air show, known under the name Aerobaltic in Gdynia. The show took […]

Here’s an interesting video showing an ejection from a different point of view…. On Oct. 27, 2015, a Royal Danish Air Force pilot was forced to eject from his F-16A block 20 MLU over the […]