The F-35B  aircraft refueled 15 times (in total) during their trip across the Pond. And here’s some cool footage that shows the difference between the A and B variants. 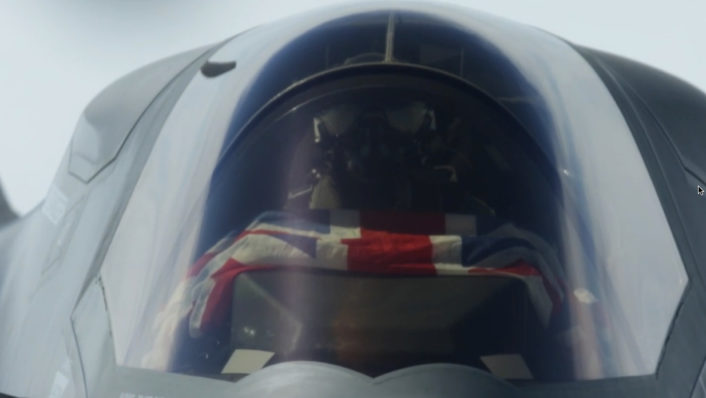 During the journey, the F-35Bs were assisted by two U.S. Air Force KC-10 tankers that refueled the Lightining II 5th Generation aircraft 15 times over the Atlantic (note: this *should* be the total aerial refueling operations, meaning that each stealth plane plugged the In-Flight Refueling probe 5 times into the tanker’s hose).

The following B-roll shows the aircraft during the AAR (Air-to-Air Refueling) ops.

The three STOVL variants were followed by three F-35A of the U.S. Air Force Heritage flight on the following day: this was the first time USAF F-35s crossed the Pond.

Interestingly, AW&ST’s James Drew was aboard one of the KC-10s and filmed the refueling operations of the F-35As. You will notice that the A model is refueled by means of the USAF’s standard flying boom system, as opposed to the F-35B that instead of the fuel receptacle use the on-board IFR probe required by the hose and drogue system, the Navy/Marines standard. Noteworthy, according to Drew, the F-35As required 4 aerial refueling operations each: the F-35A has a max range of 1,200 miles, while the F-35B has a max range of 900 miles (thus the need for an additional AAR).

Short but interesting clip. A couple of days ago we have commented an image that had appeared on Facebook showing a U.S. Air Force F-35A forming up with the Thunderbirds for a photo session in […]