Despite criticism, Israel decided to exercise the option for another 17 aircraft. And there might also be some F-35Bs at the horizon to enable the Israeli Air Force to continue operating from dispersed locations in case of attack.

The first two examples of the controversial, expensive, advanced 5th Generation aircraft, designated “Adir” (“Mighty One”) by the Israeli, are expected to be delivered to the Israeli Air Force (IAF), at Nevatim Air Base in southern Israel, in about three weeks.

The stealth aircraft, that the Israeli Defense Minister Avigdor Liberman defined “the most advanced in the world and the best for safeguarding Israel’s aerial superiority,” was contracted through the U.S. government’s Foreign Military Sales program; the first 33 examples were purchased in two batches: the first one worth 2.75 billion USD and the second for 2.82 billion USD, including infrastructure, parts, and training simulators.

Although the extent of “domestic” modifications is still unknown, the IAF F-35As will be somehow different from the “standard” F-35s, as they will embed national EW (Electronic Warfare) pods, weaponry, C4 systems etc. This is the reason why Israeli F-35s are sometimes dubbed F-35I (for Israel), as if they were a different variant from the three baseline versions (A, B and C).

For sure, the new sales represents a good promotion for Lockheed Martin, considered the fame of the Israeli Air Force, known to be one of the most advanced and very well equipped: if the F-35s were deemed to be able to meet all the requirements of a service with a really strong reputation, that has been at war for decades and has employed its combat planes to perform some really complex operations (like the air strikes on the Iraqi nuclear reactor and the Syrian nuclear facility in 2007), then they should be good for most of the world air forces (some of those continue to invest in the program.)

Still, there are many, even at the Pentagon, who firmly believe that the F-35 is not suitable for combat for years to come.

By the way, the news comes few days after Canada announced the plan to use F/A-18E/F Super Hornet multi-role fighters as “gap fillers” until Ottawa decides on a replacement for its fleet of legacy Hornet aircraft. In fact, after investing in the program for several decades, the new Trudeau Government canceled Canada’s planned purchase of the F-35 (considered too expensive) and announced a new, forthcoming open competition for a permanent CF-18 replacement.

Anyway, it seems that the IAF might end up operating F-35Bs as well.

As we have already reported last year, talks between Israel and U.S. about a possible IAF acquisition of the F-35B, the STOVL (Short Take Off Vertical Landing) version of the Joint Strike Fighter, have started in 2015, according to some Israeli media outlets.

F-35Bs would allow the aircraft to take off and land from austere landing strips in should Iran be able to knock out IAF airbases with precision weapons.

Israel is a small country and its main airfields could be easily threatened by long-range weapons in the hands of state actors or handed over to militant movements like Hamas and Hezbollah: IAF’s only chance to continue operating in case of attack would be dispersing aircraft to remote locations, an option that would be viable only thanks to the unique F-35B STOVL capabilities. 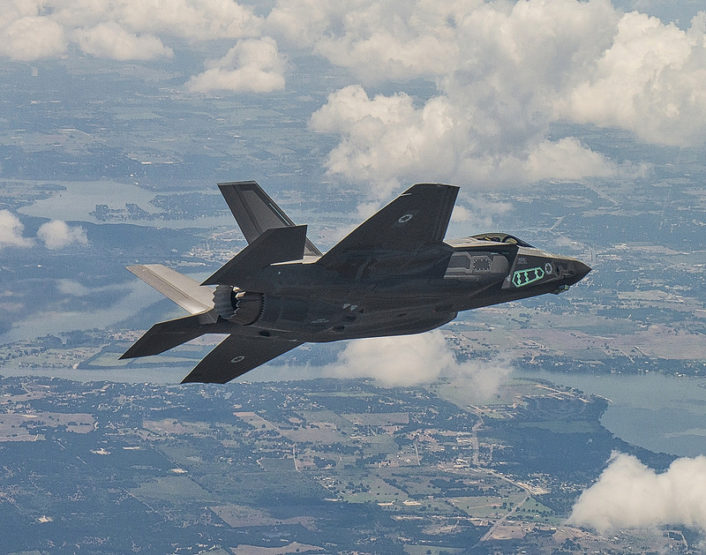 Here are the photos of the U.S. Air Force F-35A damaged by engine fire last year

The U.S. Air Force has released the report and photos of the mishap suffered by an F-35A Lightning II  in June 2014. A U.S. Air Force Air Education and Training Command (AETC) Investigation Board […]

F-35 targeted in potential military cuts. If Italy quits, will the stealth plane ever be affordable?

With a new set of austerity measures aimed at saving up to $25 billion to balance the budget by 2013 (and avoid a catastrophic default that would put the entire Euro-zone at risk) just approved, […]