The plan to acquire the 5th-generation jets that would prospectively replace the Su-22 Fitter and MiG-29 Fulcrum airframes, currently operated by the Polish Air Force alongside the F-16s, has been postponed by the leadership of the Polish Ministry of Defense.

Lacking the net-centric capabilities, data-links and modern precision guided weaponry Fulcrums and Fitters are becoming more and more unsuited to the conditions of the contemporary battlefield environment. 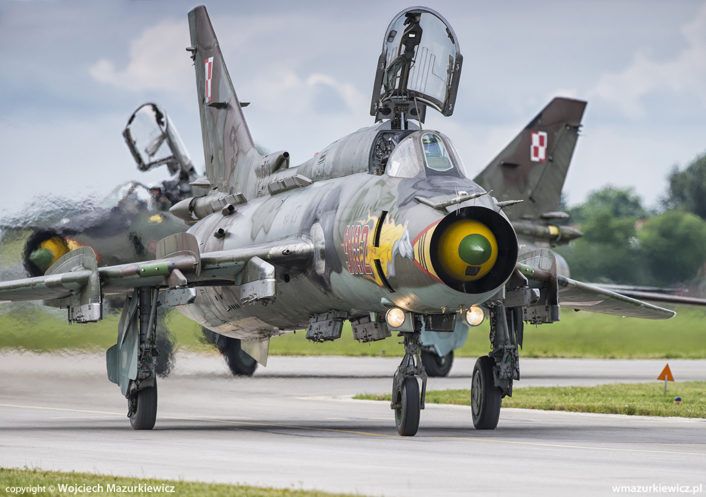 As Tomasz Dmitruk of the Dziennik Zbrojny outlet speculates, the program in question could become a part of the subsequent planning period, between the years 2017-2026. The said modernization plan is expected to be developed next year.

In one of his interviews given to Dziennik Zbrojny, General Adam Duda, head of the Armament Inspectorate of the Polish MoD, claimed that “Harpia” program, which is to cover the acquisition of new fighters, would be scheduled to begin from 2023. 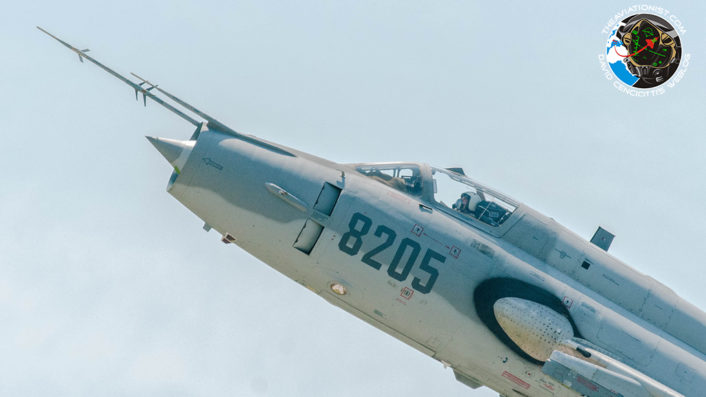 According to the statement issued by the Polish MoD, responding to a parliamentary question issued by MP Paweł Olszewski, the operational requirements review carried out by the Polish Armed Forces resulted in an assumption that the Su-22’s operations are expected to be maintained, thus, acquisition of the new jets is going to probably begin next year – here we mean the sole initiation of the procurement program as the acquisition itself would be far down the road. 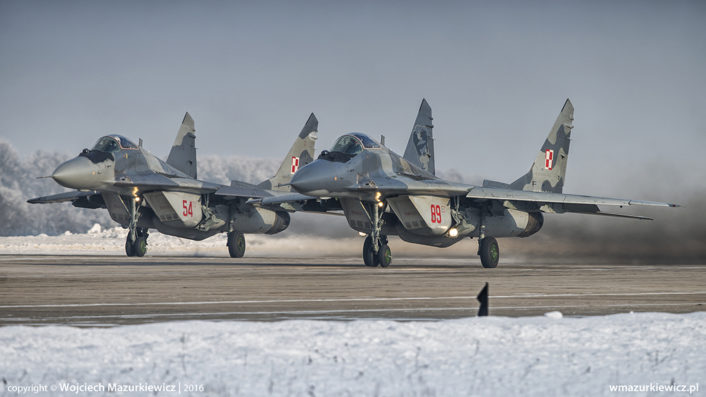 The adopted modernization assumptions, when it comes to the military aircraft, are focused on several priorities, including combat and support helicopters. We do know though, that this tender faces a significant delay, for the reasons related to offset agreement negotiations and, reportedly, difficulties occurring within that process, as the current government reports.

The tender has been canceled and restarted. Polish MoD is also willing to acquire 32 attack helicopters, with logistics and training package.

Second of the priority tasks that is to be implemented by the Ministry is focused on UAVs (Unmanned Aerial Vehicles) and reconnaissance.

Operational MALE UAV systems, mini- and micro-class systems and satellite platforms are going to be acquired.

The Ministry is to procure four operational-level ZEFIR systems, 12 tactical medium range GRYF UAVs (in this case, the systems are to be manufactured by the domestic entities), 12 tactical short range Orlik systems, and 15 mini-class WIZJER aircraft.

However, all of the programs listed above were canceled on Jul. 15, 2016 and they are expected to be restarted with the new government urging the UAV systems in question to be manufactured solely by the companies controlled by the treasury and based domestically.

UAVs are also a subject to financial limitations and Polish Deputy Minister of Defence, Bartosz Kownacki, noted that extra funds would be required to finalize the procurement process.

Same conditions apply to the micro UAVs. One of the significant developments, when it comes to the UAV systems and considering the “treasury” condition mentioned above, may be seen in the fact that one of the major Polish manufacturers of such aircraft, the WB Group, has been excluded from the tendering procedures listed here, due to the fact that it remains a private entity, even though the said company offers systems that have a track-proven record and are highly advanced. 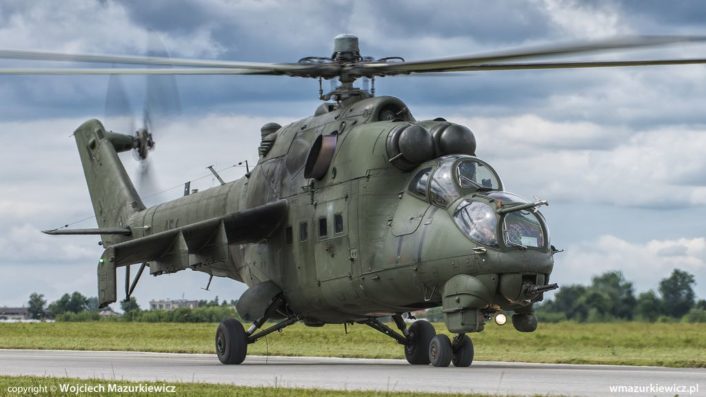 Thirdly, the Air Force is in the process of acquiring a new training platform for the pilots, in order to replace the aging TS-11 Iskra trainers. This is being done through acquisition of an integrated training package founded around the M-346 Master AJT aircraft.

The Ministry of Defense acquired 8 such airframes already, with optional procurement of another 4 examples possible, within the framework of the very same contract. Two jets have been received this year, with the remaining ones expected to be delivered in 2017.

Furthermore, the Ministry also took a course to acquire VIP aircraft for the government officials, with two types of platforms to be procured. Small VIP jets will be delivered next year, while medium aircraft are expected to be supplied throughout the years 2017, 2020 and 2021, one jet each year.

Exact deadlines will be known after the negotiation is finalized with the potential contractors.

Moreover, the MoD is also focused on securing the Armed Forces transport capabilities, especially within the tactical dimension, as well as within the scope of the NATO, EU and UN commitments (humanitarian aid operations, evacuations and deployment of special forces).

However, this has been done already, as 5 CASA C-295M airlifters have been acquired throughout the years 2010-2015, with 16 being operated by the air force, with 8 M-28 [Polish An-28 derivative] Bryza aircraft complementing the fleet. 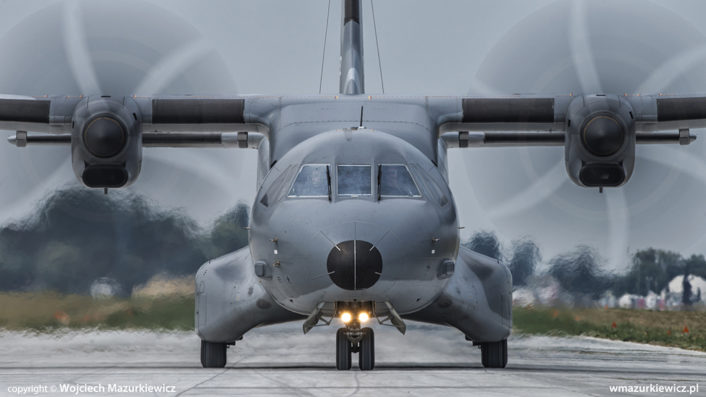 The new aircraft to be procured will probably be imported, since no relevant potential is available and offered by the Polish industry. However, the Ministry claims that any new acquisition would have to entail a relevant offset agreement.

Considering the official information mentioned above we may assume that no plans exist, among the objectives defined by the Polish MoD, to procure any new fighter aircraft, at least at the moment. With the relevant program to be started next year, we need to wait for further developments. Back in 2014  rumors suggested that the Air Force would receive new fighter aircraft by 2020, hence the current situation shows that long-term forecast, when it comes to armament procurement, may often not turn out to be realistic.

The assets which could be allocated to procure the new fighters are going to be used, instead, in order to acquire relevant systems within the Wisła and Narew air defense programs, which are both expected to be costly, considering their complexity, and urgent, in the light of the current status of the Polish IADS (Integrated Air Defense System). 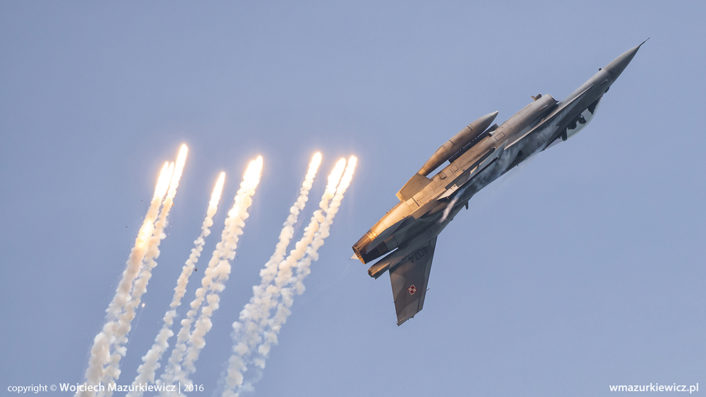 Among the analysts in Poland, two views of potential Air Force expansion exist.

The first one assumes that a MLU (mid-life upgrade) program will be launched to upgrade the F-16 jets (with AESA radars and integration of new armament including JASSM-ER missiles and possibly new Air-to-Air weaponry) along with the potential procurement of the F-16V to replace the aging Fulcrums and Fitters. Furthermore, Poland is also looking forward to expand its SEAD capabilities and the information available within the defense media-sphere suggests that procurement of the AARGM missiles for the F-16 could also be expected in the near future.

The second hypothesis assumes that new airframes, possibly Gripen-NG or the F-35, would be bought to replace the Polish Post-Soviet fighter force.

Whichever takes place, we need to patiently wait for relevant decisions to be taken.

The “procurement landscape” is quite varied, as back in 2015, when the Eurofighter Typhoon was also being promoted during the Radom Air Show, as a fighter for the Polish Air Force. What is clear though, the priorities assumed by the new right-wing government have been redefined, hence it is very unlikely that we would see any new combat aircraft in the Polish Air Force, within the upcoming decade.

This, on the other hand, would mean that whoever is elected next, would have a perfect pretext not to procure new fighters, for financial reasons.

Poland is going to be left with an air force counting of 48 F-16 jets, at least for now, as the combat usability of the Post-Soviet equipment, on the net-centric and dynamic battlefield, is highly dubious. 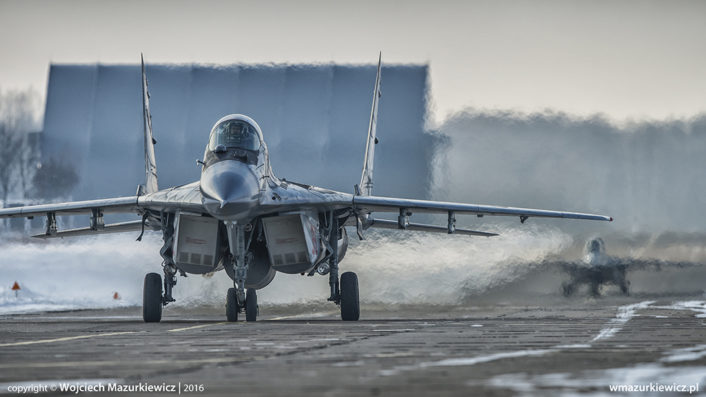 It’s the second crash in less than two months. On Jul. 14, at 09.50 Moscow Time, a Tu-95 bomber crashed in an uninhabited area 80 km from Khabarovsk. According to the Russian Ministry of Defense, […]

The following video shows several low passes performed by aircraft in service with the Polish Air Force. Footage was shot at Biała Podlaska airbase (in eastern Poland, near the boundary with Belarus) and the datespan […]

Four A-10 tankbusters have landed on a highway (in Estonia): it’s the first time since 1984!

A-10 Thunderbolt II practiced Cold War-style landing on a highway during Ex. Saber Strike 2016. For the first time in 32 years, four A-10 Warthogs, belonging to the 127th Wing, Michigan National Guard, performed highway […]