33 years ago, one of the most famous and dangerous long range attack mission in Israeli Air Force history.

Israeli Air Force’s interest in the Lockheed Martin F-16 was born after the Yom Kippur War when the IAF realized that, alongside the F-15 Eagle, they needed a new, advanced, relatively cheap, multirole jet.

The negotiations with the U.S. to acquire the F-16 started in 1975 and after some years of delay, caused by the Middle East tensions, the Fighting Falcon sale was finalised in 1979 as result of the Camp David peace treaty between Israel and Egypt.

The first F-16s were delivered to the IAF in 1980 and the following year, before all the Netz (as the F-16A is called by IAF) were handed over, the new Vipers took part in one of the most famous mission in Israeli Air Force history, the Operation Opera.

As explained by Bill Norton in his book Air War on the Edge, A History of the Israel Air Force and its aircraft since 1947, the IAF conducted this attack following Saddam Hussein’s bellicose claims which led to the Israeli fear that the French-built facility could have the capabilities to produce weapons-grade fissionable material.

The training was conducted in the Negev where a mock-up of the nuclear plant was built: against this facility at least two attacks were simulated in August and September 1980. After the training missions, four dates were set and after three of them were cancelled, on Sunday May 10, 1981 pilots were already aboard their aircraft when the operation was cancelled once again because of the risk some French employees could be inside the Osirak plant at the time of the attack. 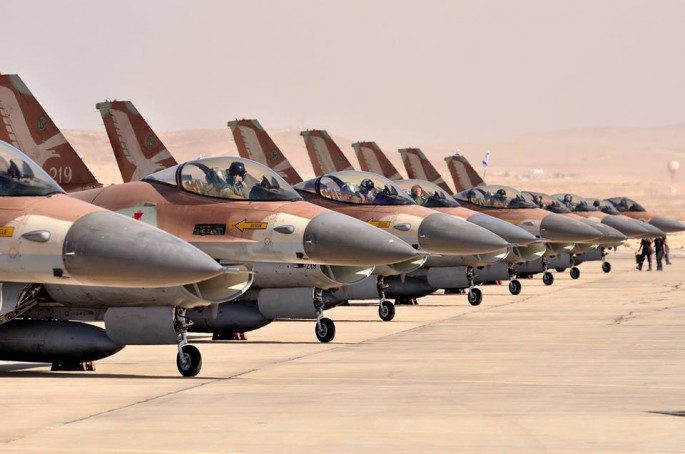 Eight F-16s, belonging to both 117 and 110 Squadrons both based at Ramat David, took off from Etzion, the best placed base for the attack, escorted by six F-15s while an E-2C Hawkeye provided airborne early warning and control and several CH-53s for SAR duties were deployed near the Iraqi border.

Two more Fighting Falcons were kept as a reserve.

As told by Norton, the Israeli jets flew more than 600 miles in the skies of three supposedly enemy nations: to reach the target, the first country that the aircraft overflew was northern Saudi Arabia and its deserts.

The route over Iraq was planned not only to avoid the radar coverage but also the airfields; inbound to the target the F-16s flew at an altitude between 150 and 300 ft.

At 17:35 with the sun at their back complicating any intercept attempt, the aircraft arrived over the target: before releasing their bombs the F-16s lit their afterburners at about 12.5 miles from the nuclear plant, climbed to 8,000 ft and then dived at 600 kts releasing their Mk. 84s at 3,500 ft.

The weapons were delivered on target by two waves of four Falcons each.

Even if two bombs missed the target the others were able to destroy and damage the reactor and several facilities. Some Mk. 84s had very long delayed fuzes to avoid any attempts to repair or rebuild the plant.

The attackers remained on the reactor site for less than two minutes and the only opposition they faced, were an inefficient AAA fire and some SAM launches which missed the F-16s.

On their way home, the Fighting Falcons climbed to 40,000 ft to save fuel and overflew the third hostile country, Jordan, which however didn’t show any opposition against them.

One F-15 and one F-16 diverted from the planned route to complicate any intercept attempts, while all the aircraft landed at Etzion after a 3 hours of mission, during which no aircraft was damaged.

A documentary (spit into three videos you can find below) explains how IAF planned and executed the Operation Opera, to date one of the best examples of how a long range attack mission can be carried out.