You probably know Hornet Ball, the compilation of cool videos produced by LT Joseph “C-Rock” Stephens, an Instructor WSO with the VFA-122 Flying Eagles, and made of clips from most of the squadrons based at NAS Lemoore as well as the 4 forward deployed squadrons in Japan.

Well, this year’s edition has been dubbed “Rhino Ball.”

“The 2016 Rhino Ball video is finally here! From November 1999 through 2015 NAS Lemoore has hosted a mixture of legacy F/A-18A-D Hornets and F/A-18E/F Super Hornets, otherwise known as “Rhinos.” Beginning in 2017, the new F-35 Lightning II will also join the presence in central California.

That makes 2016 our Year of the Rhino. Goodbye Hornet Ball and warm feelings to future Strike Fighter Balls, but this year…this year we have the one and only Rhino Ball, with the only official Rhino Ball Video ever made,” says “C-Rock” in the YT video comment. 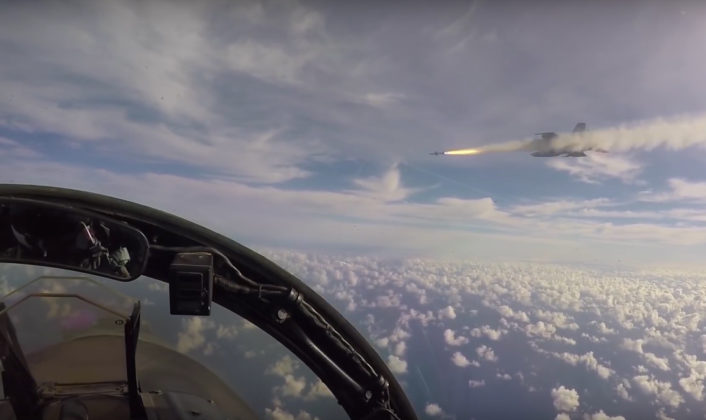 Aerial view of Naval Station Norfolk shows the U.S. has not learned much from Pearl Harbor

The photographs in this post, just released by the U.S. Naval Air Forces Facebook page, are impressive for a lot of reasons. First, they provide what we could call an indirect “show of force”: there’s […]

The Massive U.S. Military Response to Hurricane Harvey in Texas; On Alert For Irma In Florida.

Aircraft, Rescue Personnel and Ships Respond to U.S. National Emergency. The U.S. military has fielded a massive rescue and relief operation in the wake of Hurricane Harvey along the Texas coast. News media and military […]