From the last three quarters of a mile all the way to touchdown the pilot approaching a U.S. aircraft carrier can rely on LSO (Landing Signal Officers – radio callsign “Paddles”) talkdown. LSOs are skilled and experienced pilots whose job is to watch the deck-landing of all the airplanes and provide the pilots with radio guidelines to adjust the final phase of the approach, and complement IFLOLS (Improved Fresnel Lens Optical Landing System) and ICLS (Instrumental Carrier Landing System) visual information.

Landing on a carrier is anything but easy as correctly setting up the aircraft for landing is not enough: as a matter of fact, difficulties in deck-landing lie in the fact that the angled flight deck moves as the carrier sails in rectilinear motion.

Therefore the pilot must follow a steady moving deck. Instructions radioed to the pilots (extremely important also to prevent the pilot from concentrating on the deck, thus not paying as much attention to the optical landing system) are concise: “Little low”, “Little right”, “Power”, etc.

Even though it’s only two of the LSO team to be in contact over the radio with the plane (a duty one and a supervisor), on the special aft platform a team of five or six LSO-qualified pilots work on: at least one member for each embarked squadron, supporting the two CAG LSOs the whole crew depends on.

LSOs have a double task: along with helping the pilots out through the last fifteen-eighteen seconds of their flight (the most critical part of it), LSOs grade every plane’s deck-landing (whether successful or not) according to a model which guarantees every naval aviator proficiency and training in the difficult art of getting the aircraft back onto the deck.

Actually, grading does not only take touchdown into consideration as it analyzes the very previous phases in details, starting from the base turn, giving each one a grade which then contributes in overall grading that is then communicated to the pilot in the squadron room. Despite the ultimate grading being what really matters, details on deviations from the glide-slope and speed adjustments play a major role in understanding the whole maneuver. 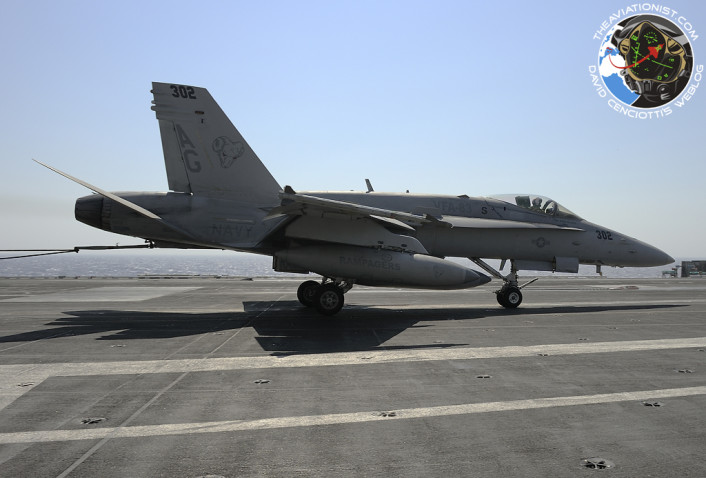 Contrary to common belief, grading doesn’t depend on which arresting cable gets hooked by the airplane: even though the optimal point of contact lies between no 2 and 3 wires, a good enough approach may end up on number 4 or 1 ( the latter case it’s extremely unlikely since the proximity to carrier’s aft would be taken into account). “Ok pass 3: Little too high on start, little high in the middle, little too much power on the come down in close, little high at the ramp”: this description refers to a positively-graded landing on wire 3: the airplane has flown the approach leg ranging from the base turn to three-quarters of a mile (“the start”) above the optimal path, kept on flying above it all the way to one-quarter of a mile from deck-landing, has then employed too much engine power through one-quarter to one-tenth of a mile (“in close”) and has eventually flown over the carrier’s deck slightly higher than expected.

An “ok” graded approach, that is to say an approach with minimal deviations from the optimal glide path, is four point worth; a “Fair”, three point worth, corresponds to an approach with at least two corrections safely carried out; a “bolter” is a two and a half point worth approach which doesn’t end up with the airplane catching the wires (this is generally due to the hook bouncing on the deck ) while a “no grade”, two point worth, is equivalent to an approach that has to be heavily yet not always at the right moment corrected.

Then there’s negative grading like grades 1 and 0: that’s how LSOs grade “unsafe” approaches that thus have to be called off by the “Wave off” and “Cut Pass” order of the LSO. Finally, the approach may have to be interrupted due to traffic on flight deck: in this case, “Foul deck” would be the right technical term and there’s no grading (zero point worth). Actually, in the positive grading range there’s the so-called “Ok underline” too, a nearly perfect approach carried out in deteriorating weather conditions (for instance in case of a “pitching deck”). Automatically guided approaches are, for obvious reasons, not being graded at all. 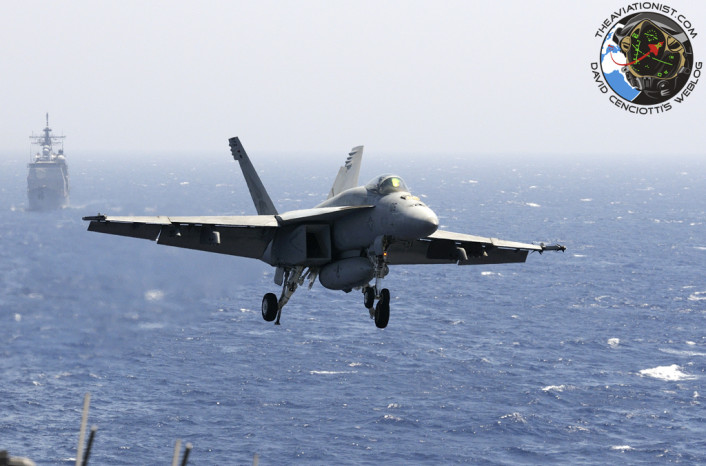 Under LSOs’ disposal is a specially-provided radio-equipped emplacement fitted out with light controls, control workstation, Integrated Launch and Recovery Television Surveillance System (ILARTS) -that is a sort of camera aligned with the deck which catches and tapes any approaching plane and has eventually replaced the outdated Pilot Landing Aid Television (“PLAT”, on all carrier’s closed-circuit televisions)- and the Head Up Dislpay, which supplies the aircraft and vertical speed as well as the wind direction and intensity. Paddles job has very little to do with technology though and it mostly calls for a well-trained eye for the concise guidelines pilots are provided with over the radio are based almost only upon visual perceptions of the pilots who watch the in-coming traffic from the LSOs platform and suggest the various corrections according to aircraft’s landing and nav lights.

Each airplane has its own peculiar features and needs to be handled differently while approaching the deck both during flight and from LSO platform: E2 is an extremely tricky aircraft which it’s better not to suggest any major adjustments to because of the propeller-generated torque (in this case, propellers are not counter-rotating) whereas the EA-6B “Prowler”, due to its weight and high-aoa approach, is regarded as the most difficult of airplanes to land on a carrier.

Alessandro Laganà has contributed to this article. All images in this article are courtesy of Remo Guidi. 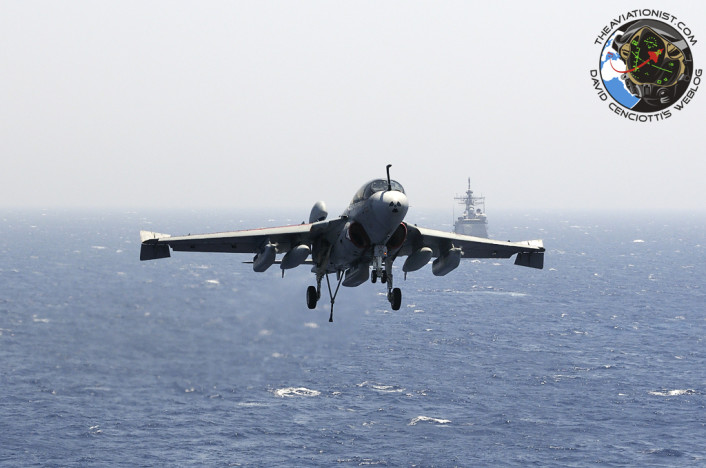 This is the worst nightmare for pilots conducting trap landings on an aircraft carrier. This video was filmed on Mar. 18, 2016 and shows an E-2C Hawkeye performing a trap landing on the flight deck […]

The following video shows the Mig-29K naval Fulcrum operating aboard the new Indian aircraft carrier Vikramaditya. Actually, the “new” aircraft carrier dates back to 1987, when it operated under the name of Baku in the […]