EA-6Bs with interesting markings returning to the U.S. after flying in support of Operation Inherent Resolve against ISIS in Syria and Iraq.

As the images in this post, taken by our friends at APS- Associação Portugal Spotters, show the Prowlers got some interesting markings and insigna, including a pretty cool and usual Sharkmouth. 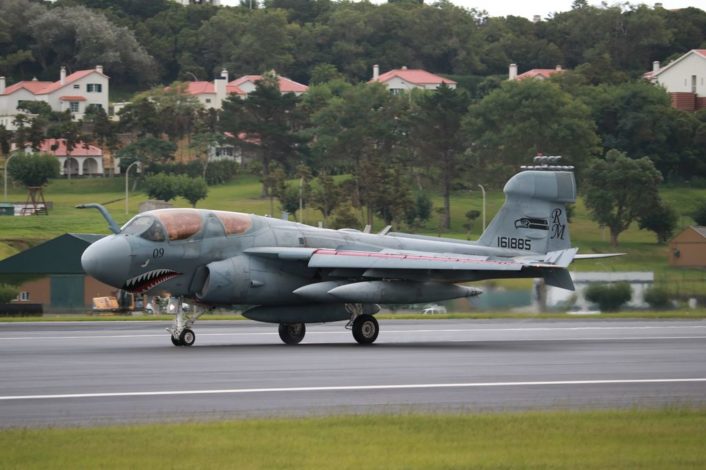 Tanker support was provided by KC135R 62-3518 “Spirit of kokomo” from AF reserve at Grissom ARB, Indiana.

The aircraft were returning from Incirlik Air Base, Turkey, from where they have supported Operation Inherent Resolve against ISIS in Syria and Iraq since April. 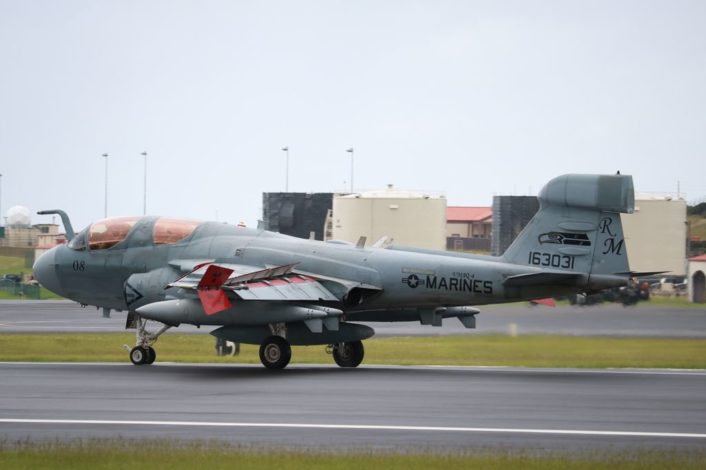 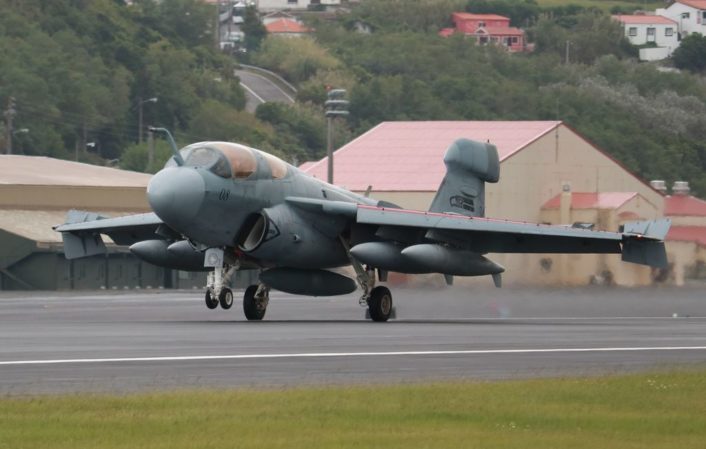 EA-6Bs are among the most important assets in the air war against Daesh: they eavesdrop “enemy” radio signals and jam those frequencies in order to prevent terrorists from talking one another on the radio or cell phone, or use portable transmitters to trigger IEDs (Improvised Explosive Devices). 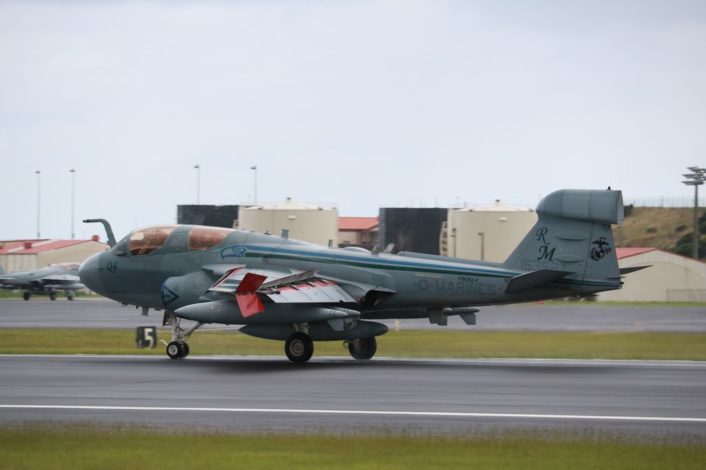 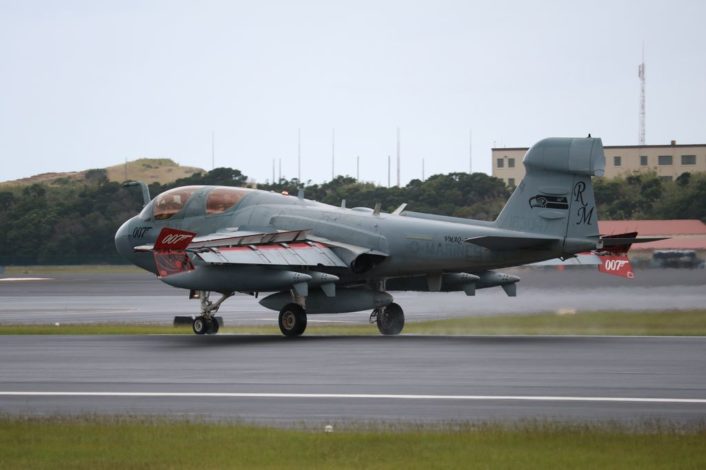 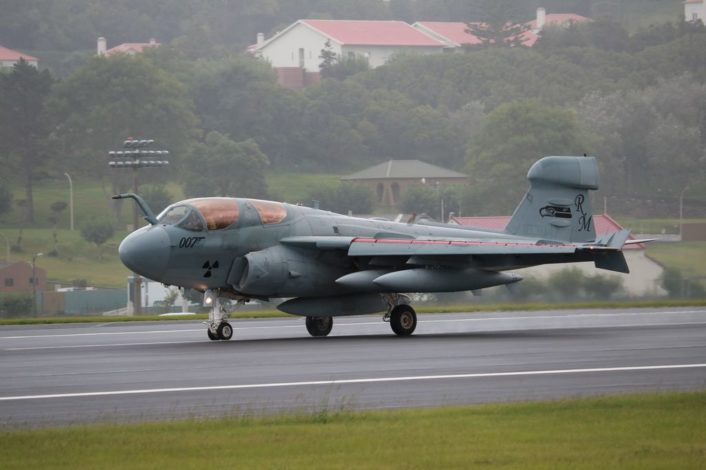 The ageing Prowlers are being replaced by the Boeing EA-18G Growler, an Electronic Warfare variant of the two-seat F/A-18F Super Hornet that already replaced the EA-6B Prowlers in U.S. Navy service. 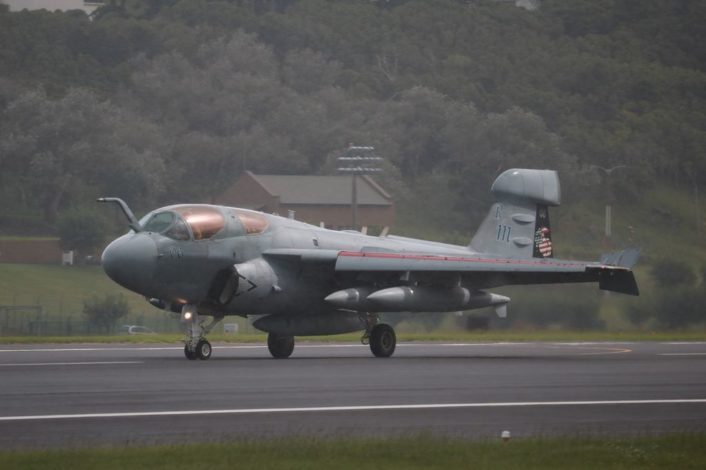