I wonder which were the weather conditions (and, in particular, the visibility) when the EA-18G depicted in the following image landed from a flight during massive snow storm at Naval Air Facility Misawa, Japan.

The Growler belongs to the  Electronic Attack Squadron (VAQ) 132 that is finishing up a six-month deployment in support of U.S. 7th Fleet. 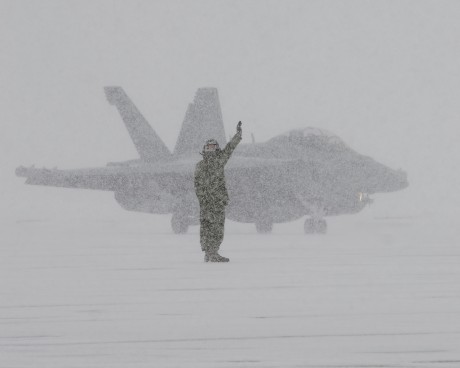 In 2016, VAQ-130 Growler Electronic Attack aircraft worked hard to deny the ISIS militants the ability to communicate. Islamic State militants rely heavily on COTS (Commercial Off The Shelf) and DIY radios along with smartphones […]

Let’s Talk About The Digital Evolution Of Electronic Warfare

How the rapid increase in computing power and affordability of advanced technologies are driving the move from legacy analog EW systems to new digital ones. A recent feature by Northrop Grumman provided some interesting insights […]